THC, or delta-9-tetrahydrocannabinol (Δ-9-THC), is a cannabinoid that has been regarded as the main psychoactive compound in marijuana for a very long time. There exist around 85 chemical compounds in the cannabis plant (known as cannabinoids), with THC normally being the most abundant. But THC is not there only to provide enjoyment; it also has a very specific, beneficial mission to fulfill.

Why does cannabis produce THC?

Cannabinoids like THC are known as secondary metabolites; they are organic compounds synthesised by plants that do not aid in their growth and development but have a role in plant interaction with the environment. The leading hypothesis is that secondary metabolites act as an immune system that protects plants from parasites, pests, and predators.

But it seems that defence is not THC's only function. It can also help cannabis plants to communicate and have an effect on other plants, as well as to attract other beneficial organisms that protect them and help them pollinate.

A research study by the University of Maryland found that THC can also protect cannabis plants from the harmful effect of light. Excess UV-B radiation can cause damage to the plant's photosynthetic apparatus, reproductive system, and cell division processes.

So delta-9-tetrahydrocannabinol acts as a plant protective cover that works in a similar way to pigmentation in human skin. This evolutionary development is thought to have kept cannabis plants safe against excessive ultraviolet radiation in the high-altitude Asian steppes, where cannabis is believed to originate from. 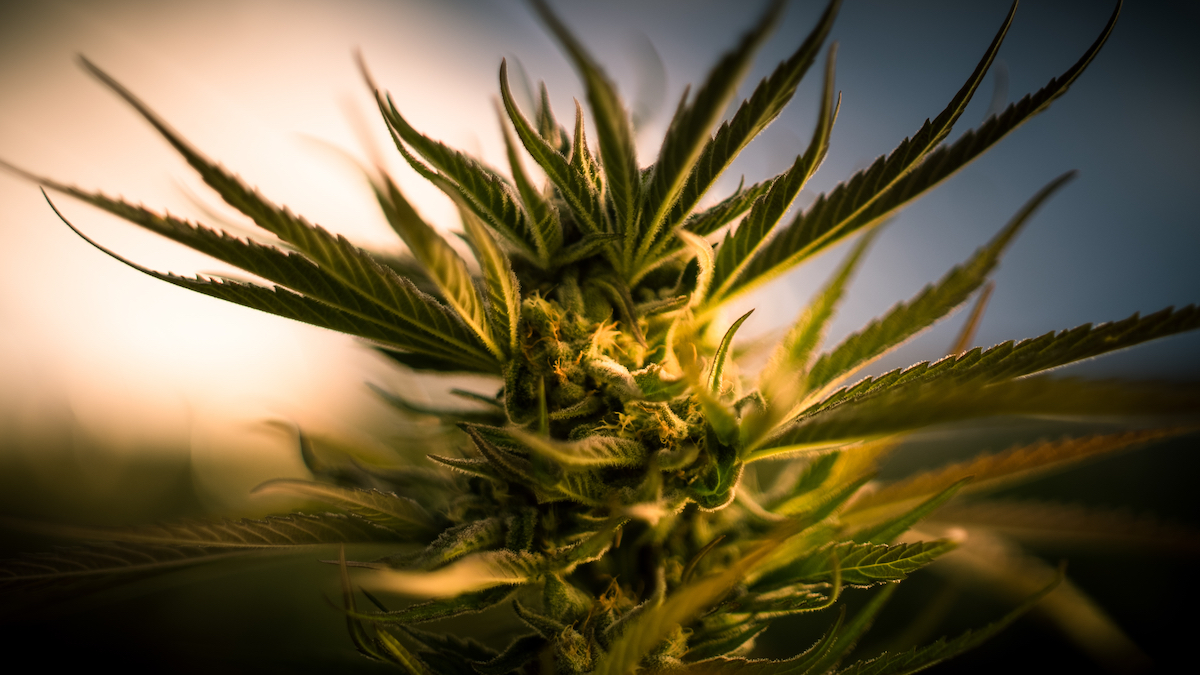 How is THC formed?

This adaptative advantage has a lot to do with the way in which THC is formed. Psychoactive THC is the result of a biosynthesis process that consists of several phases and occurs in the plant's resin glands: the trichomes. First, the plant creates two compounds: olivetolic acid and pyrophosphate, which together form CBGA (cannabigerolic acid). In the next phase, CBGA transforms into CBCA (cannabichromic acid) and CBDA (cannabidiolic acid), until eventually transforming into THCA (tetrahydrocannabinolic acid), the non-psychoactive version of THC, during the plant's last few weeks of life.

When cannabis undergoes the decarboxylation process (when it is heated at high temperatures), or when it is dried and cured, THCA's oxygen molecule (i.e. the 'A' in THCA), drops from the chemical structure and THC becomes psychoactive, providing the effects that we normally associate to cannabis consumption.

How does THC interact with the endocannabinoid system?

In 1964, the Israeli chemist Raphael Mechoulam was the first to isolate and synthesize THC in Lebanese hash. This discovery led the way to research on other cannabinoids, cannabinoid receptors, and endocannabinoids, the human compounds similar to THC that keep physiological equilibrium within the body.

As humans and animals have receptors that connect to THC, we can also benefit from the phytocannabinoids that the marijuana plant produces, both therapeutically and recreationally. This biological system is called 'the endocannabinoid system', and is composed of a group of specialised signalling chemicals, their receptors, and the metabolic enzymes that produce them and break them down. Endocannabinoids bind to cannabinoid receptors in the brain and immune system (CB1 and CB2); and plant cannabinoids like cannabidiol (CBD) or Δ -9-tetrahydrocannabinol (THC) act on our bodies by mimicking the actions of these natural endocannabinoids.

How does THC affect our bodies?

Maybe you are used to the feeling you get from THC, but do you know what really happens inside your body? When we smoke cannabis, the decarboxylated THC gets released in the bloodstream and reaches the brain in just a few seconds. Then THC mimicks the action of the endocannabinoids naturally produced by the body, and binds to cannabinoid receptors.

The areas of the brain that THC reaches, are located in the brain cortex, the cerebelum, and the basal ganglia; these areas are associated with thinking processes, memory, motor movement, pleasure, coordination, and concentration. 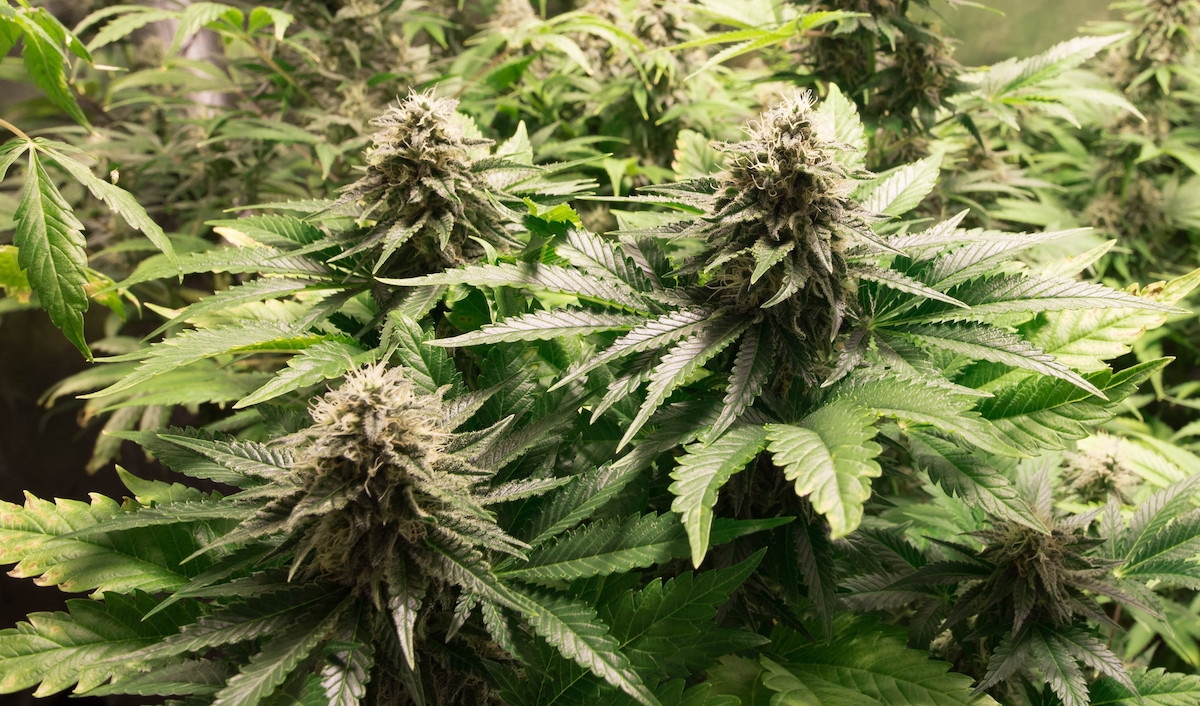 The reason why THC affects these areas more significantly than other active cannabinoids like CBD, is because THC has a specific molecular structure with more affinity for CB1 receptors and their neurotransmitters, which transfer communication between neurones. In short, THC mimicks anandamide (known as the 'bliss molecule'), a natural cannabinoid produced by the body. If you are a runner you will know anandamide well, as it is the molecule responsible for the 'runner's high', that wave of euphoria experienced after intense training.

The effects produced by THC include:

THC can produce a wide range of short-term effects that can be perceived in different ways, depending on the individual. For instance, while some people might find that THC provides intense 'peace and calm' feelings, others may experience increased anxiety, together with secondary sensory effects such as euphoria, alertness, fragmented thinking, and dizziness.

The same THC level can produce different effects in different people, ranging from a pleasant high to paralyzing paranoia. The reasons for the different reactions can be due to the different chemical and genetic constitution of each individual, but different strains and different THC concentrations can cause varied effects too.

It must be noted that THC's negative effects can be reduced and modulated thanks to the 'entourage effect', a mechanism by which THC acts in conjunction with other cannabinoids and terpenes (compounds responsible for the plant taste and aroma.)

When THC gets into the bloodstream, it can also be beneficial in the treatment of several complaints: it can help alleviate neuropathic pain, inflammation and nausea; it can improve appetite and mood; etc. Research on medical cannabis is bringing THC's therapeutic benefits to our attention, and its possibilities are being studied for the treatment of conditions such as cancer, Crohn's, fibromyalgia, Alzheimer's, multiple sclerosis, glaucoma, or even sleep apnoea.

It is still early days in the world of cannabis research, but it is likely that, as legalisation becomes a reality, the industry will grow dramatically, and our understanding of how THC and other cannabinoids can be used in the treatment of all these diseases will expand beyond belief.