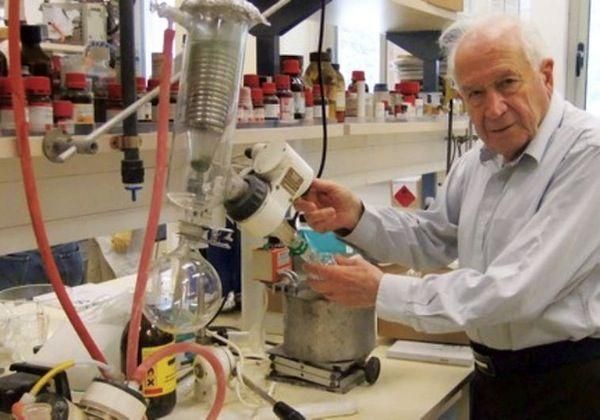 Raphael Mechoulam moved from Rehovot in central Israel, to Jerusalem in 1966 and has worked there ever since as a teacher and researcher at the Hebrew University of the city. In 60's, along with his colleague Yechiel Gaoni, this chemist started to investigate the composition and active ingredients of the 'Cannabis Sativa' plant. "Although morphine had been isolated from opium in the early nineteenth century and cocaine from coca leaves in the middle of it, the chemistry of cannabis was not known too well yet," said the scientist recently, during the presentation of the Spanish Observatory of Medical Cannabis, held at the CaixaForum (Madrid).

"In the UK Queen Victoria used to import cannabis from India to treat her migraines," Mechoulam told. Although marijuana has been in use for hundreds of years both for therapeutic and recreational purposes, nobody had invested time and resources yet to study its chemical properties. Mechoulam and Gaoni's investigations soon bore fruit: they identified a dozen compounds, but noted that only two of them changed the behaviour of the primates used in their testing.

Thus, for the first time, Mechoulam and his team discovered, isolated and synthesised tetrahydrocannabinol (THC) and cannabidiol (CBD), two leading molecules responsible for the properties of cannabis. While the former is responsible for the psychoactive effects of the plant, "the CBD affects the activity of THC, but also has its own effects," clarified the teacher.

"In the UK Queen Victoria used to import cannabis from India to treat her migraines," Mechoulam says.

The expert explained that, since then, there have been various scientific studies that have evaluated the effectiveness of these principles for treating various ailments. However, he warns that, although their effectiveness has been proved in numerous cases, their use has never been taken to the clinical field, where it could help many patients.

About 30 years ago, after succeeding at synthesising purified CBD, Mechoulam participated in a study conducted in São Paulo (Brazil) to test the effect of the compound in people with epilepsy. It was first tested in mice and once its effectiveness had been demonstrated in them, they started clinical trials with children. Although it only worked with fifteen patients, the results were enlightening: out of the eight to whom the substance was administered, four stopped having epilepsy episodes, three experienced mild attacks and only one remained the same. 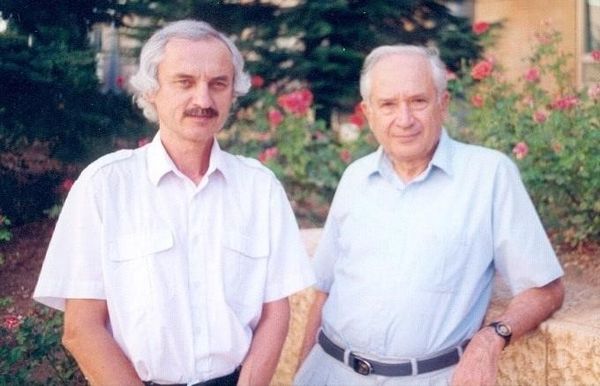 "We thought that, as we had already demonstrated its effectiveness, it would be used, but nothing has happened, it is not being applied in the treatment of this condition in children," lamented Mechoulam. "There has been no change in 30 years despite the fact that thousands of children could have already been treated," he added.

Only recently, some US research groups have bothered to make good use of their findings."They have applied it in a state where the therapeutic use of cannabis is legal, administering high doses of concentrated CBD to children and it has proven to be successful," described this chemist of Bulgarian origin. He explained that 60% of the young people who received the substance stopped having epileptic seizures or experienced much milder episodes.

Mechoulam has also highlighted the application of this compound to combat the effects of bone marrow transplants in cancer patients. After the operation, "the person's body rejects the tissue, attacking the cells" he reported. In these circumstances, CBD would act as a regulator, ceasing this autoimmune response , so detrimental to the patient. In 2015, the scientist and his team in Israel did a clinical trial in humans: after administering 300 miligrams of pure CBD per day to patients over a long period of time, they found that only 12% of those who had taken the chemical had experienced these type of complications, while the placebo group prevalence of critical condition was 50%. 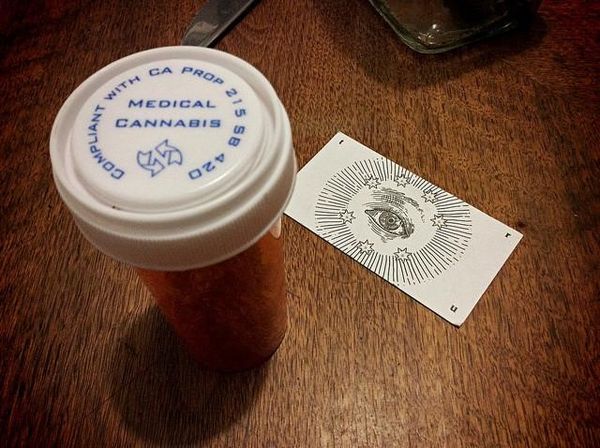 Again, the expert regrets that "no one has used this strategy in the clinical setting." However, he remarks that some researchers are conducting related work and hopes that an article with valuable data will be published in the coming months.

In the field of neurological disorders, it has been found that CBD can help patients with schizophrenia. A team of German scientists showed that the cannabis compound not only relieves the psychotic symptoms of the disease, but it also causes a similar effect as that of amisulpride, a potent antipsychotic drug, but without causing the side effects typical of this drug.

Finally, the Israeli chemist mentioned the use of the CBD to treat patients with type 1 diabetes. So far effectiveness has only been proven in mice, but according to Mechoulam, this is not an impediment: "The disease acts the same way on animals and humans, but no clinical trials have been carried out yet, "he said.

Although many of its effects have already been revealed, the mechanism of action of the molecule is still not very well known. "It seems that it acts on the DNA, changing some reactions in the body through genetic material," said the researcher. It may also occur that there is another compound, produced by the human body, with the same function as the CBD. Finding it could open the door to new therapeutic paths.

Although not as harmless as CBD, THC also has some interesting applications in the therapeutic field. Along with other researchers, Mechoulam found that the administration of this compound at low concentrations completely eliminated the side effects of chemotherapy suffered by cancer patients. It also helps sleep in people suffering post-traumatic stress syndrome. However, none of these findings has been applied in medical centres.

Likewise, no human clinical trials have been conducted to test the effects of administering 2-AG (2-araquinodilglicerol) obtained in the laboratory. This endogenous endocannabinoid compound (produced by the body) was first isolated by researcher Shimon Ben-Shabat, a doctoral of Mechoulam. "Insulin", also produced by the body, "was discovered in the 20s, and once it was evident that it was good to treat certain ailments, it only took about six months to obtain a drug from it", compared the Israeli researcher.

"Neither governments nor companies want to support this kind of work," criticised Mechoulam. As a result, "we have a group of promising compounds that have never been tested," he continued. 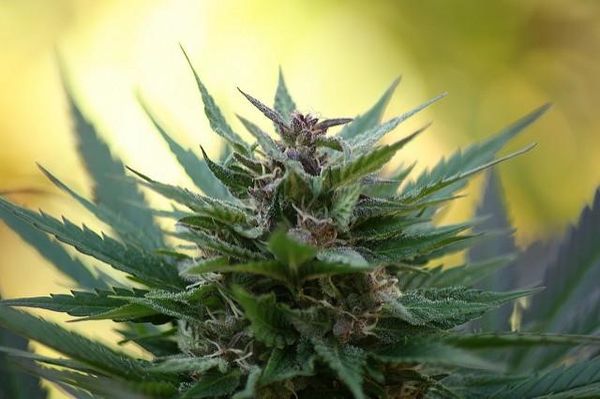 Despite the few clinical applications of the discovered compounds, research in this field continues to advance. The interest they awaken in the scientific community is largely due to the importance of the endocannabinoid system in the body: a network of compounds and chemical receptors distributed throughout the body and where marijuana molecules also act. Through the exchange of a variety of chemicals, this system is involved in functions ranging from digestion to movement. "There is scientific evidence showing that its activity could be involved in all diseases affecting the human body," says Mechoulam.

This powerful machinery of the body also regulates the action of other neurotransmitters, i.e., the chemical messengers that neurons exchange at their junctions or synapses to propagate signals through the nervous system. "They regulate the passage of compounds from one part of the synapse to the other," explains Mechoulam.

While a few years ago works were focused on this area and in the endocannabinoids receptors, present investigations delve into another area, the so-called light endocannabinoids compounds. These are some not very well-known set of molecules with a structure and mode of action very similar to those of the anandamide neurotransmitter. The main difference is that, despite participating in many physiological functions, they do not need to bind to any receptor.

According to Mechoulam, in spite of the complexity of these biological mechanisms and the huge number of compounds involved in their regulation, "over the next few years we will witness great progress." Will the barrier between scientific laboratories and medical institutions break and findings finally translated into real applications for the benefit of all?