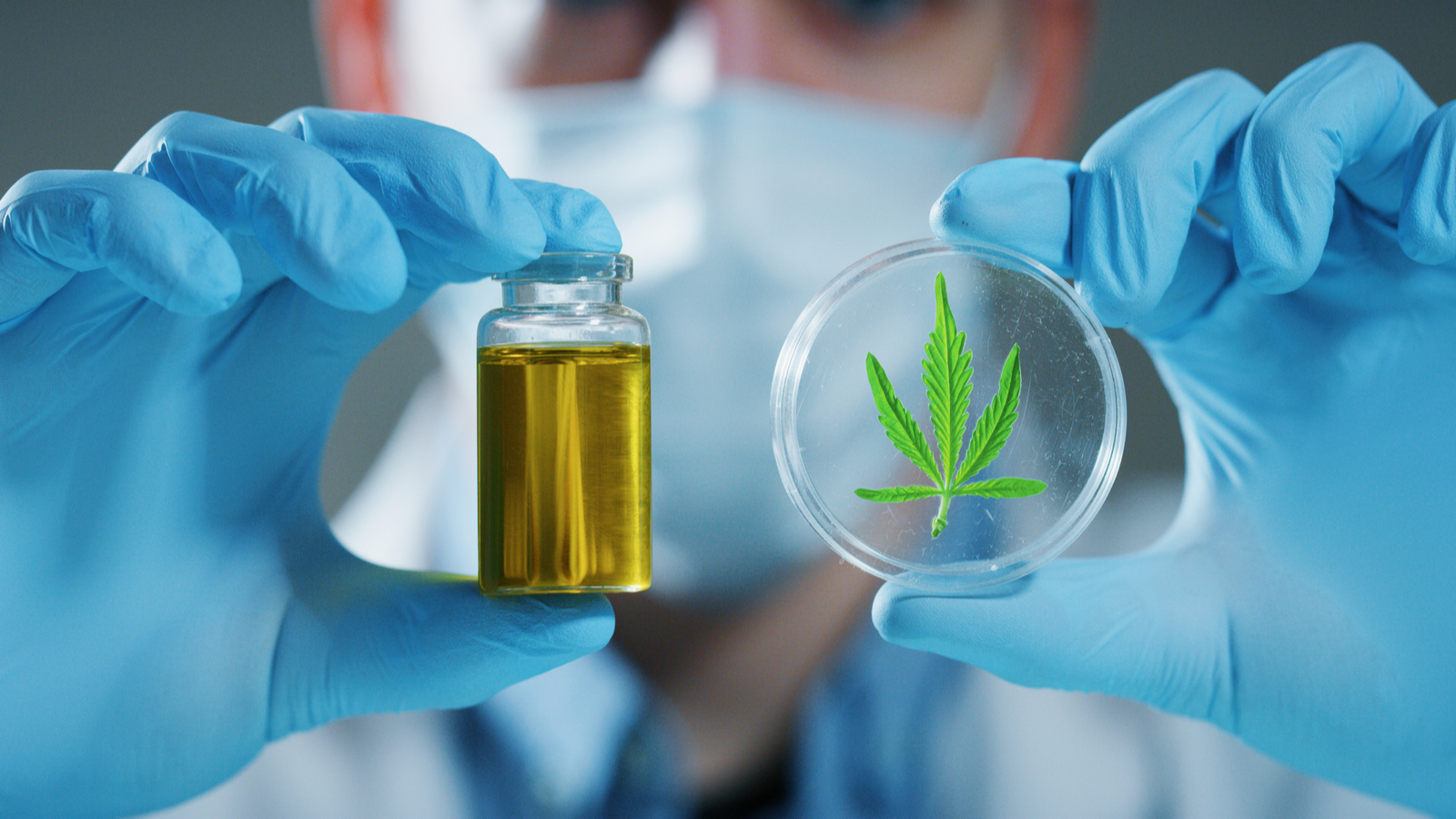 Drug tests are getting more and more common in recruitment processes. In Spain, for instance, the law says that employers may drug test their employees only with their consent, but in these times of job insecurity, where temporary employment is the rule, very few object to taking the tests.

Thus, there are fears among workers that testing positive for THC after having used a little cannabis days, even weeks, prior to the test could make them lose their job. THC is believed to take at least 30 days to fully clear the body, but this is not settled science and results may vary from test to test - they have different levels of sensitivity and detection times.

Just as it happens with alcohol, cannabis affects every person differently, the time it spends in the body depending on the user's metabolism, constitution and habits. The frequency of use and the amount are determining factors too - an occasional and a heavy user are hardly comparable. But knowing exactly for how long a person would test positive after last using proves to be a significant challenge even with all these variables taken into account.

Types of test and how they work

There are a number of different drug testing methods, but most of them screen biological material such as urine, blood, saliva, breath, hair, perspiration and nails. When cannabis is smoked, there is a temporary, very rapid increase in THC levels in the bloodstream, which reach their peak in just 9 minutes. After some 30 minutes, levels start to drop and keep doing so in the next few hours as THC is absorbed by other tissues and metabolised in the liver, which produces a series of metabolites that may take days to leave the body.

Cannabinoids like THC and CBD are metabolic, fat-soluble components, and thus they accumulate in the body's fat deposits. This type of molecule is released slowly, and therefore elimination times are longer than for other substances, particularly in heavy users. 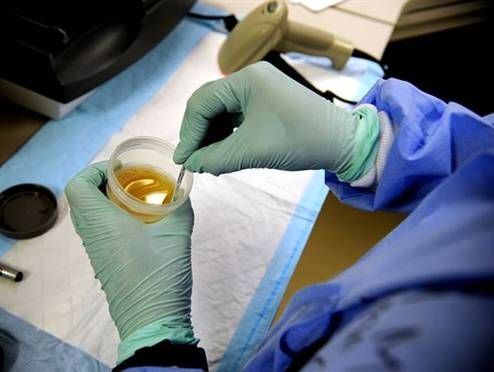 The most common way to test for cannabis use is saliva testing, very popular at traffic stops, for instance. Employers, though, prefer urine tests for their greater reliability. THC has been proven to be detectable in the saliva for 24 to 72 hours after last using, thus a positive result does not really mean the tested person is under the influence of THC. In fact, it is very well possible to test positive even when last using took place several days before the test and the driver is clearly not under the influence of any substance.

Urine tests screen for a different chemical called THC-COOH, a by-product of THC metabolism in the liver that stays in the body longer than THC. As a rule, urine starts to test negative a month after last using, that said THC-COOH is detectable in hair up to 90 days after the smoking episode.

How much cannabis does it take to test positive?

Urine tests use different parameters to determine at which THC-COOH concentration the test is considered positive. The most common value used by employers is 50 ng/ml (nanograms per millilitre), although some are stricter (15 ng/ml) and some more permissible (100 ng/ml). Therefore, there is no clear consensus among employers on the levels that are allegedly harmful to the body.

Saliva tests are considered positive at much lower THC concentrations - 5 ng/ml for tests at traffic stops and 1 ng/ml for lab tests. This has raised serious doubts about their reliability as, according to research, a concentration of 50 ng/ml in urine would correspond to 40 ng/ml in saliva if both samples are taken from the same person. The 5 ng/ml of Drug test 5000 - very popular among traffic agents - and the 1 ng/ml of lab tests are thus way too small values if compared to the 40 ng/ml at which saliva tests would prove positive if they were calibrated like urine tests - which, let's not forget, are far more reliable.

The values are even more negligible if compared to the cut-off point of Olympic events, established by the Anti-Doping Agency at 150 ng/ml of urine. To obtain such a result, an athlete would have to consume a minimum of 4 to 8 units of high-purity cannabis resin - containing from 0.5 to 0.75 grams of cannabis per unit - 4 to 6 hours prior to the competition.

Elimination times based on the frequency of use

As already mentioned, each person's metabolism processes cannabis at a different pace, making it difficult to provide general time estimates. The THC elimination process may differ widely even among people of the same sex and age if they have different lifestyles and dietary and sporting habits - cannabinoids are stored in the fat cells.

Throughout the years, several efforts have been made to shed some light on the best way to approach cannabis tests, with frequency of use emerging as the most useful variable when it comes to determining time parameters - according to research heavy use is one of the major factors influencing positive results several days following last using. 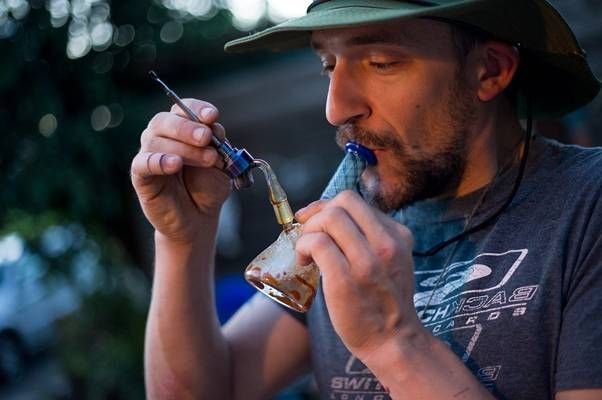 A study carried out in 1985 by the American National Drug Court Institute revealed the average time during which a cannabis user would produce a positive result based on his consumption habits. The study determined that at a 50 ng/ml cut-off level occasional and first-time users would probably test positive for 1 to 4 days.

The duration of the detection window increases for frequent users, who can test positive 7 days after the last smoking episode. According to the study, it would be unlikely for a frequent user to exceed the 50 ng/ml cut-off 10 days after last using, although there are no guarantees that this will always be the case - some of the heaviest users of the study produced positive results for THC in urine after 30 days.

Factors that speed up elimination

One of the most frequently asked questions regarding urine tests is whether they may pose a threat to users of CBD-rich cannabis, the most commonly used cannabinoid in medicine. Both CBD oils and medicines contain very small amounts of THC and thus it is safe to say that the risk is minimal. In any case, the best way of ensuring that these tiny traces of THC are not detected is analysing the cannabis prior to consumption in order to determine its exact composition. At present time, the main risk for a user facing a urine test lies in the tetrahydrocannabinol metabolites. But there are ways of reducing the risks. 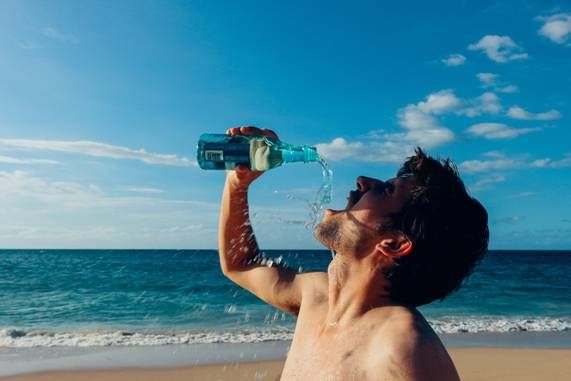 When faced with a urine test, the quickest solution is drinking plenty of fluids to help dilute the metabolites. In fact, dehydration is often the reason why many users test positive after several days following last using - poor hydration leads to a higher THC concentration in the urine. It is not unusual for laboratories specialising in these kind of tests, though, to be wary of the results when creatinine levels - a substance that is eliminated through urine - are very low, who may consider retesting or even classify the result as positive.

Maintaining a healthy diet can be of help too. Considering that THC is stored in body fat, it is best to avoid to fatty food, which in addition to slowing down the elimination process of THC can reactivate its life cycle - as opposed to detoxifying food such as fruit, vegetables and tea, which speed up the process. Cardiovascular exercise or, alternatively, steam baths, which help sweat off fat, are also valid ways of speeding up THC elimination.

In times like these, characterized by harsher laws and thousands of jobs hanging by a thread, the possibility of ending up being forced into a drug test for marijuana any day soon is far from preposterous. Employers and legislators just don't seem to grasp that people use cannabis to treat their conditions or just because it helps them relax and sleep, improving their work performance. So in order to avoid unexpected trouble, it is advisable to be aware of the effect THC has on your body and act accordingly.