We have always learnt that the human body is made up of a series of main organs, included in the circulatory, respiratory, urinary, reproductive, skeletal, muscular, nervous, lymphatic, and digestive systems. But did you know that we also have an endocannabinoid system? It is one of the least researched systems in the human body, but it is probably the most important physiological system for human health.

We have known of the existence of the endocannabinoid system for around 25 years. In 1990, a team lead by the molecular biologist Lisa A. Matsuda at the US National Institute of Mental Health was the first to identify a cannabinoid receptor sensitive to THC in the brain of lab mice.

Scientists tried to understand how THC, the main psychoactive substance in cannabis, affects the human body. They discovered CB1 receptors, a complex network of cell receptors found in the central and peripheral nervous systems. CB2 receptors were later discovered too; these are found mainly in the immune and digestive systems (in the gastrointestinal tract), and in many of the main organs.

Cannabinoid receptors are located on the surface of our cells and 'listen' to the conditions outside the cell. They then transmit the information about changing conditions to the inside of the cell, which activates the appropriate cellular response. 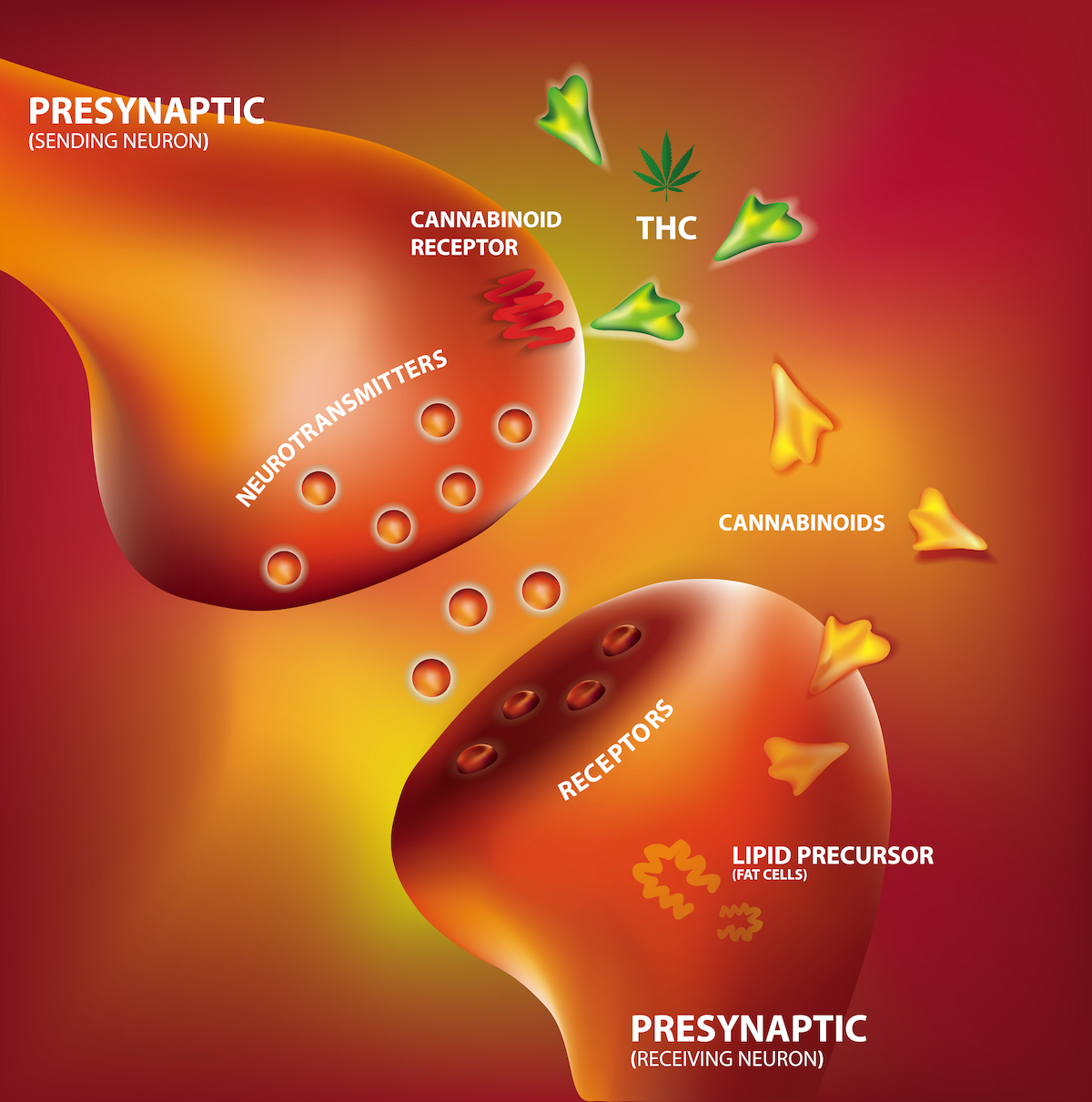 Scientists also realised that cannabis produces its effects by partly mimicking our endocannabinoids. So far, scientists have successfully identified two main endocannabinoids: 2-arachidonoylglycerol (2-AG) and anandamide, also known as the 'bliss molecule' (it takes its name from the Sanskrit word 'ananda', which means 'bliss or happiness'.)

Two main enzymes have been thoroughly studied: fatty acid amide hydrolase (FAAH) and monoacylglycerol lipase (MAGL). They break down the two known endocannabinoids and ensure that they are used when needed, but only for as long as necessary. This differentiates endocannabinoids from many other molecular signals in the body, such as hormones or neurotransmitters, that can last for longer or can be stored for later use.

What exactly does the endocannabinoid system do?

We still do not have a full picture of how the endocannabinoid system works, but we do know that it helps regulate most of our vital physiological functions. It seems likely that its main function is to maintain homeostasis, the biological harmony in the body, in response to changes in the environment. It affects all systems and their functions in the human body, including sleep, appetite, pain, inflammation, memory, mood, or even reproduction; and it ensures that all systems interact properly. 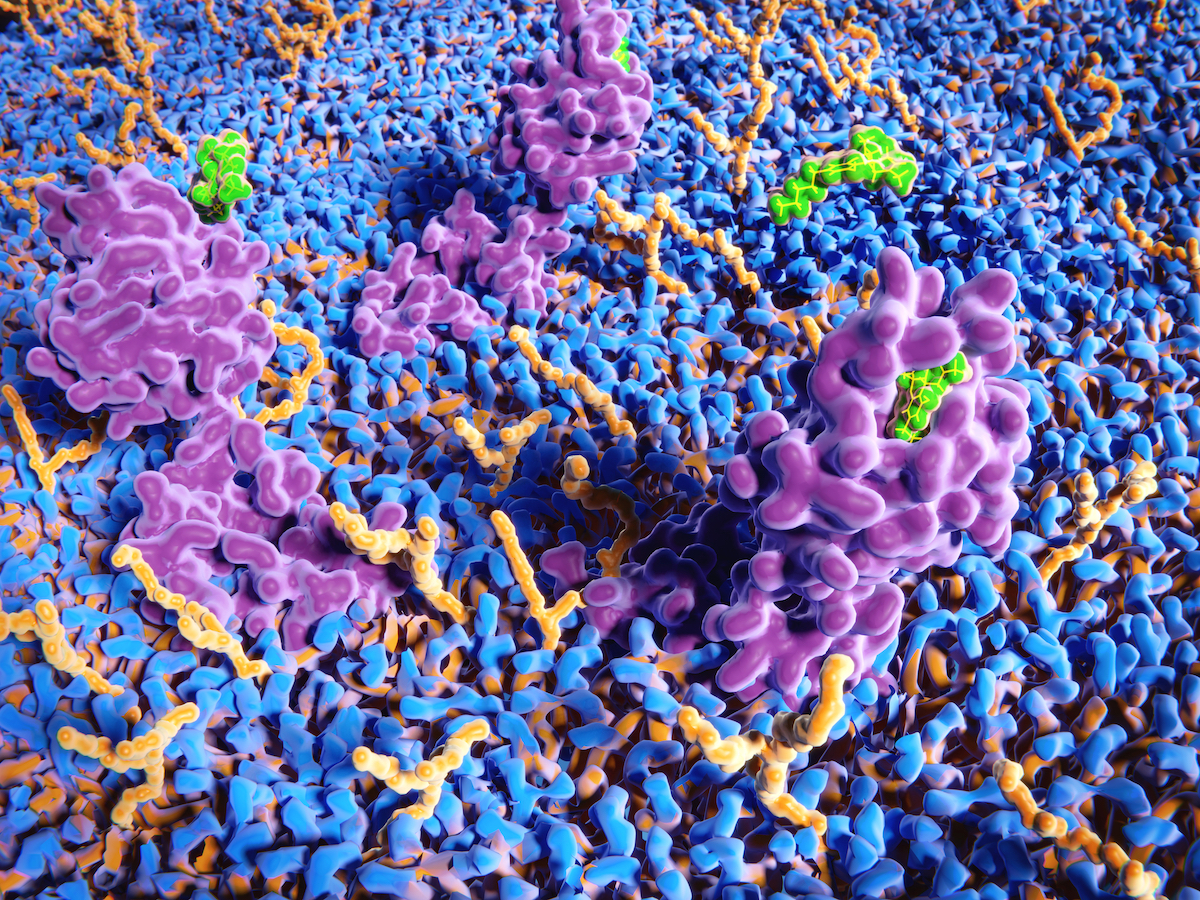 Hence, every time we have a health problem, the endocannabinoid system releases its endogenous cannabinoids to reestablish the equilibrium between all the different functions in the body and find a solution to the problem. However, sometimes this system alone can prove insufficient, and this can lead to some chronic diseases. This is exactly where exogenous cannabinoids, also known as phytocannabinoids ('phyto' meaning 'plant' in Ancient Greek) come into action to reestablish and improve the signalling.

Therefore, cannabinoids are probably one of the most widespread and versatile signalling molecules known to man. Not only do they regulate our internal and cellular homeostasis but they also have an influence on the relationship between ourselves and the environment, clearly affecting our behaviour and enabling idea interchange, sense of humour and creativity. As they mediate in neurogenesis, neurone plasticity and learning, cannabinoids can directly influence a person's ability to go beyond the limiting patterns of thought, something also essential for good mental health keeping.

Scientists compared cannabinoid receptor genetics across different species and have estimated that the endocannabinoid system evolved in primitive animals more than 600 million years ago.

1. All animals have an endocannabinoid system.

From sea cucumbers to the smallest nematodes and through all species of vertebrates, all animals share the same endocannabinoid system as an essential part of life and adaptation to environmental changes.

2. The endocannabinoid system has the answer to why phytocannabinoids are so valuable therapeutically.

Long before cannabis was prohibited, hemp and marijuana had been used for thousands of years to treat multiple diseases. Traditional healers might not have known why the plant acted that way, but their experience proved its effectiveness and provided the base for later scientific research. The discovery of the endocannabinoid system revealed a world of therapeutic possibilities of plant cannabinoids and awakened an interest in cannabis for medicinal purposes. 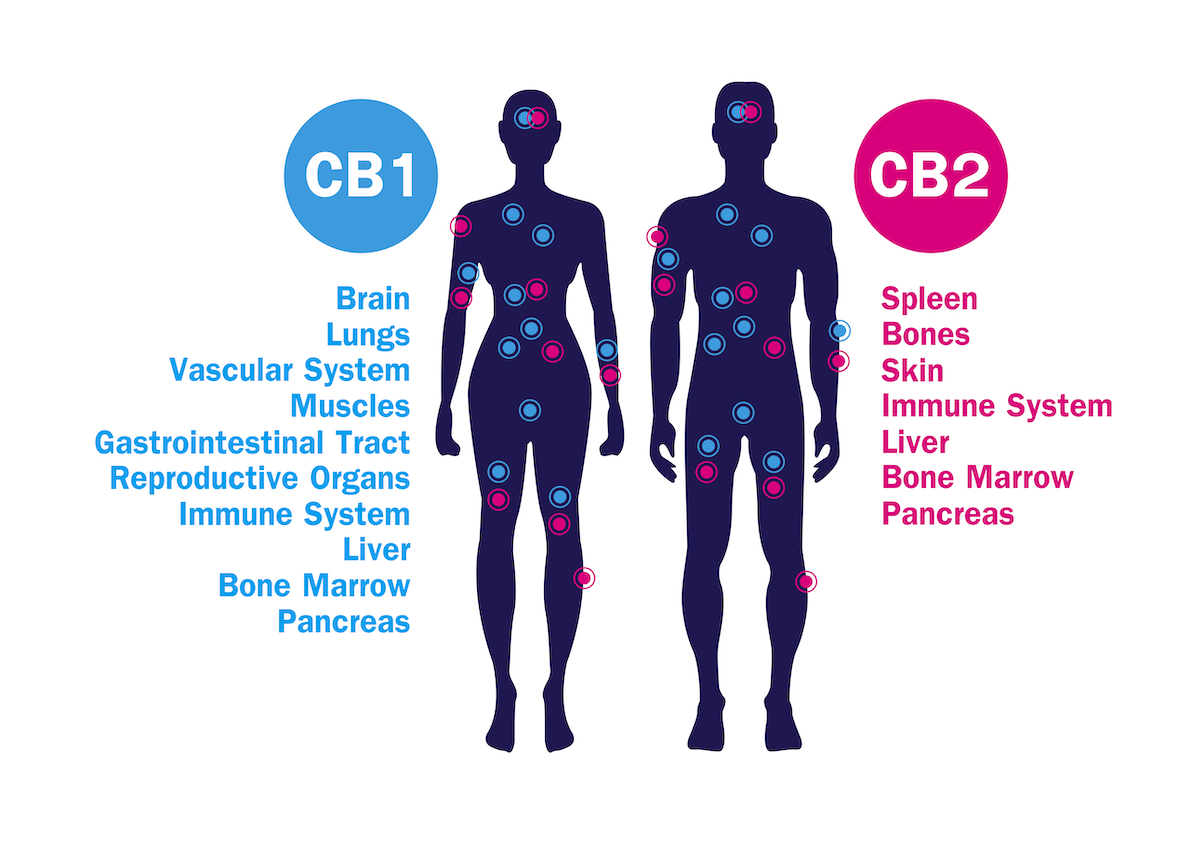 Cannabinoids are simply one of the most widespread and versatile signalling molecules known to men.

3. We still know very little about the endocannabinoid system.

Even though it seems like we know so much about the endocannabinoid system already, the 20,000 scientific papers written on this system are only a starting point. It is likely that there are still some links missing about the complexity of the interactions between cannabinoids, cell types, and individual systems and organisms, which is a challenge for scientists to start thinking about physiology and health in new, different ways.

4. Exercise and diet can also interact with the endocannabinoid system.

Marijuana is not the only external way of interacting with the endocannabinoid system. Researchers have discovered that prolonged aerobic exercise also produces that sought-after feeling of post-training euphoria (widely known as 'runner's high'). This increases the level of anandamide, the 'feel-good' endocannabinoid. Diet is also beneficial: higher consumption of Omega-3 essential fatty acids, which are found in oily fish, linseed and hempseed, can help support the endocannabinoid signalling process.

5. Microdosing could be the most effective solution.

Research has also proved that small doses of cannabinoids can tell the body to produce more endocannabinoids and to build more cannabinoid receptors. This is the reason why many cannabis users do not feel any effect on their first try but then do so on a second or third attempt because they have already built more receptors. The more receptors, the higher the sensitivity to cannabinoids, and that is why smaller dosages have greater effects. Thus, regular small doses of cannabis could act as an effective tonic for this physiological healing system which is the human body's endocannabinoid system.