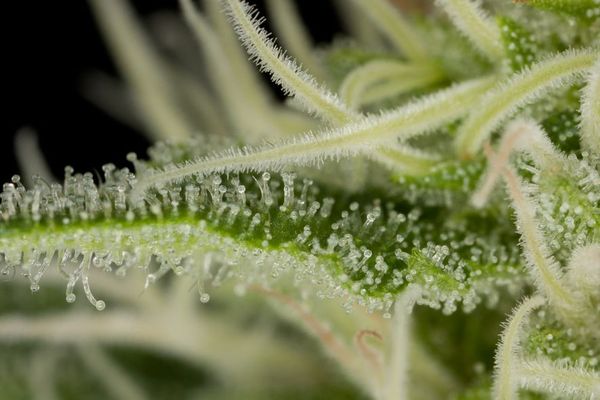 As we are currently witnessing increasing rates of depression, anxiety and other psychological disorders, research focused on the connection between the endoconnabinoid system and emotional states is of vital importance. Happiness, described in scientific terms, is defined by two parameters, one of them temporary, called hedonia and another static, termed eudeumonia(Berridge at al, 2011):

There are factors that affect levels of hedonia (how much we enjoy a particular situation), and others affecting eudeumonia, (how good we feel about our lives in general). Studies indicate that the endocannabinoid system is involved in both aspects, modulating sensitivity to positive stimuli and acting as a "cushioning" system mitigating negative emotions (Matsunaga et al, 2014).

Where is happiness generated?

There are certain areas in the brain responsible for our moods, called Hedonic Brain Hotspots. In order to unravel the functioning of these areas, a study was conducted with groups of individuals who were exposed to both positive and negative stimuli in order to observe how neuronal activity in these areas was affected(Smith et al., 2007).

The study found that after receiving a positive stimulus (a film the individual liked, for example), these areas of the brain were activated. Thus, which regions of the brain are involved in our moods, and the feeling of happiness, were verified. It was also noted that these areas are those with the highest densities of cannabinoid receptors, and also those responsible for producing endocannabinoids. In this way a physical connection was established between the endocannabinoid system and how and at what level we are able to feel happiness and fulfilment.

Stress: the number one enemy of happiness

The scientist states that when it comes to achieving happiness, stress is one of our greatest foes. When we suffer stress there is an imbalance in our bodies, and to recover equilibrium we produce endocannabinoids. Recent findings show the importance of the signalling of endocannabinoids in responses to stress, as it has been found that endocannabinoids modulate different components of adrenocortical responses (Wang et al, 2015).

Explained in a simple way, in a situation of stress our brain produces endocannabinoids in an effort to restore equilibrium (homeostasis). They reach our receptors, which carry out the function for which they were created and disappear. We do not have endocannabinoids in our bodies in large quantities for a long time. This, then, is kind of restorative injection that our body generates in order to regain the right balance of all its functions.

Several studies have shown that when we suffer specific situations of stress, and our bodies respond to them as we just explained, the stress episode itself is actually healthy for the body. However, chronic stress (stressful situations that are repeated over and over again for a long time) can cause malfunctions in the endocannabinoid system having negative consequences on our health. After 40 straight days of stress, it can be described as chronic, and it is at this point that the endocannabinoid system begins to fail (Wang et al, 2015).

What can be commonly observed in cases of chronic stress is that people who suffer it lose their appetite, their body mass decreases, and they develop more sedentary habits. After 40 straight days of stress anatomical changes are observed. One of them is that the adrenal gland, responsible for producing cortisol (a hormone that increases levels of blood sugar, suppresses the immune system and decreases bone formation) increases in size and weight. It is also observed that the thymus gland, related to immune system functions, shrinks. This is how the two primary functions of these glands begin to change.

According to the researcher, chronic stress ends up affecting our whole body and significantly reduces our levels of "happiness", since it regulates the endocannabinoid system downward and gives rise to depression-like symptoms.

How does stress affects our bodies?

Recent findings show that the endocannabinoid system plays an important endocannabinoid signalling role in responses to stress. The effects of stress vary in different areas of the brain, but it has been shown to significantly slow down the endocannaboinoid system of the brain's critical hedonic points (Wang et al, 2015). In other words, chronic stress produces biochemical changes in the brain that make us feel unhappy.

How can cannabinoids help us fight depression?

Until recently the experts thought that depression was a problem related to a biochemical imbalance, and believed that the main cause was a lack of serotonin. Thus, pharmaceutical companies focused on designing drugs boosting levels of this substance. But it is not that simple.

Dr. Bagar says that chronic stress leads to anatomical physical changes in the brain, causing the cells in the pre-frontal cortex to begin to die. This inhibition of neuronal activity means that the receive less serotonin than normal, which affects our moods.

In order to ascertain whether cannabinoids (and in this specific case, CBD) can be an effective treatment for depression, a study was performed with two groups of mice that had been subjected to stress repeatedly until they had reached a state of depression. The mice were separated into two groups, black and white. The black group was given CBD and the white was not.

The result was that the stressed mice that received CBD recovered neuronal activity almost equivalent to that before suffering stress, and showed virtually no physiological changes. The mice that did not receive doses of CBD (Campos et al., 2013), on the other hand, did much worse.

According to the scientist, this study demonstrates that CBD functions as an antidepressant and anxiolytic, as it prevents physical changes from occurring in the brain caused by the stress cycles that lead to depression. It seems that the CBD in a healthy brain may prevent neuronal apoptosis (programmed cell death).

What can we do to make sure that our endocannabinoid system works properly?

With the pressures of modern society increasing every day, our endocannabinoid system is exposed to more challenges than ever before (stress, environmental toxins, microbial threats, etc.), and our basic human right to be healthy is in grave danger. Dr. Bagar notes that scientific research in this field has provided us with a great amount of data that can be very useful to us. The data shows that some drugs can make our endocannabinoid system function improperly, including common ones like paracetamol, which blocks the breakdown of anandamide (Dania et al, 2007), and interrupts the signalling of the endocannabinoid system through the chronic administration of acetaminophen, which can even cause symptoms of autism spectrum disorder (Schultz, 2010) in children. There are even recent studies suggesting that the genes encoding cannabinoid receptors play an important role in the level of happiness we experience and the magnitude of our responses to positive stimuli (Matsunaga et al, 2014).

The foods we choose to eat, the supplements (probiotics, omega 3 fatty acids) we take, and the variety of foods and drinks we consume also affect the level of endocannabinoids and cannabinoid receptors that our body generates (Schrieks et al, 2015). The foods and pharmaceutical products we consume impact the catabolic and anabolic enzymes responsible for building and breaking down both endogenous and exogenous cannabinoid compounds (McPartland et al, 2014). Some foods, such as extra virgin olive oil, contain phenolic compounds that can stimulate the expression of cannabinoid receptors (Di Francesco et al, 2015), and it has been shown that massage and aerobic exercise also increase endocannabinoid levels. Even acupuncture and fasting modulate the endocannabinoid system (McPartland et al, 2014).