In 2017, Uruguay became the first country in the world to legalise both medical and recreational cannabis, and is generally regarded as South America's most advanced country in terms of CBD. Uruguay aims at becoming the region's largest medical cannabis production centre for export purposes, but is losing some of its competitive edge as a result of an intricate, government-controlled regulatory system and a cumbersome licensing process.

Currently, pharmacists are allowed to sell just two CBD-based products – in concentrations of 2 and 5 per cent respectively and at the somewhat costly price of €30. With so many obstacles hindering access to legal medical cannabis, Uruguay has recently seen the emergence of a black market of CBD derivatives including oils and lotions that meets two thirds of the demand, with users getting supplied by unlicensed producers, friends and relatives willing to share their crops and home growing.

But Uruguay's unfavourable regulatory framework has not driven away foreign investors. Last November, for instance, the Canadian producer Aurora Cannabis acquired ICC Labs – the Uruguayan company that held 70 per cent of the national market share – positioning itself as absolute market leader. Also, 32 companies have been licensed by the Institute for the Regulation and Control of Cannabis (IRCCA) to research and produce medical marijuana.

Colombia legalised medical cannabis in 2015, becoming a global production centre thanks to its favourable climate and its cheap labour. The country is also the globe's second largest exporter of flowers, and is surprising the world with a know-how that greatly benefits this emerging industry.

At least seven Canadian companies are growing cannabis in Colombia. The Canadian makers have concluded deals with Colombian counterparts worth €100m in total, becoming the first to export cannabis from Latin America to Europe, specifically to Germany.

The Canadian companies have no current intention to sell their oils and concentrates directly to consumers, but will adopt a B2B model composed of large distribution channels, final product manufacturers, research centres and pharmaceutical companies. 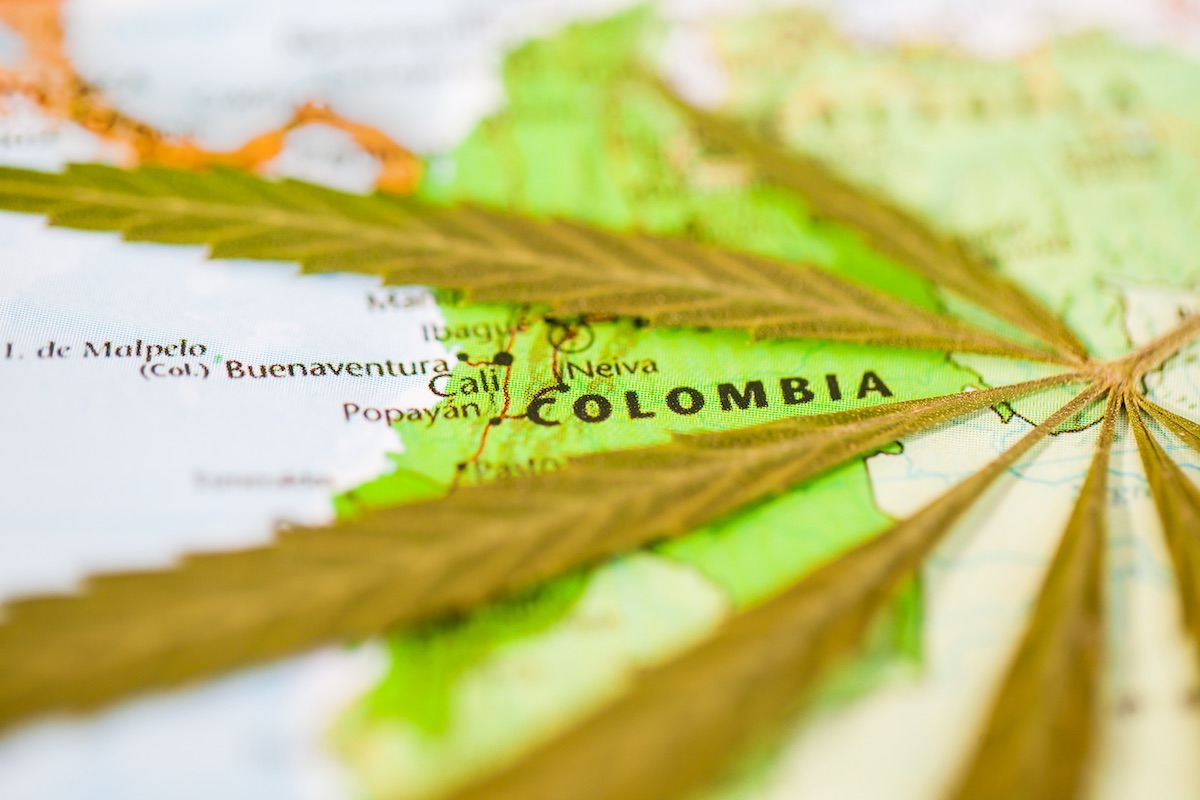 The Colombian cannabis domestic market is being supported also by non-profits such as RedCannabicos, which has created a quality label for Colombian producers to use. RedCannabicos has members of indigenous communities – some of the weakest links in society and primary victims of armed conflict – and is working to safeguard their identity while getting them involved in the cultivation of legal cannabis.

In 2015, Jamaica adopted legislation reducing possession of small amounts of cannabis to a minor offence and allowing cultivation of up to five plants, paving the way to the legalisation of medical cannabis. Besides therapeutic use, the new law allows for religious use and research, and now the Government is seeking to use this law as leverage to generate income through medical tourism – last year the country closed its first sale of a cargo of cannabis oil with Canada, positioning itself as a global centre for medical cannabis production.

By law, Jamaican CBD products must be registered with the Ministry of Health, and can only be dispensed at licensed pharmacies, adding to the legitimacy of CBD as a medicine. The future of CBD at the local level is still unclear, but if the right legislative decisions are taken, increasingly more people will be able to benefit from its abundance of health benefits.

Argentina legalised cannabis for medical and scientific research purposes in March 2017. But because of ambiguities in the law, some regional governments misapply it, which, together with state interventionism, has led to the emergence of a large black market of CBD products.

Last November, for instance, the government of Jujuy, a province in the northwest of Argentina, announced a joint venture with Cannabis Avatãra State Society – a subsidiary of the American firm Green Leaf Farms – to establish the world's largest cannabis farm (14,000 hectares).

The partnership between regional governments and foreign companies has raised concerns among advocates of a fully state-run production and distribution system. Fears are that with private capital as part of the equation, deprived people will be denied access to cannabis products. As it stands, Argentina could be defined as a dormant giant in terms of consumer demand of CBD products. But the regulatory environment is not ready yet, so action is necessary to break the deadlock. 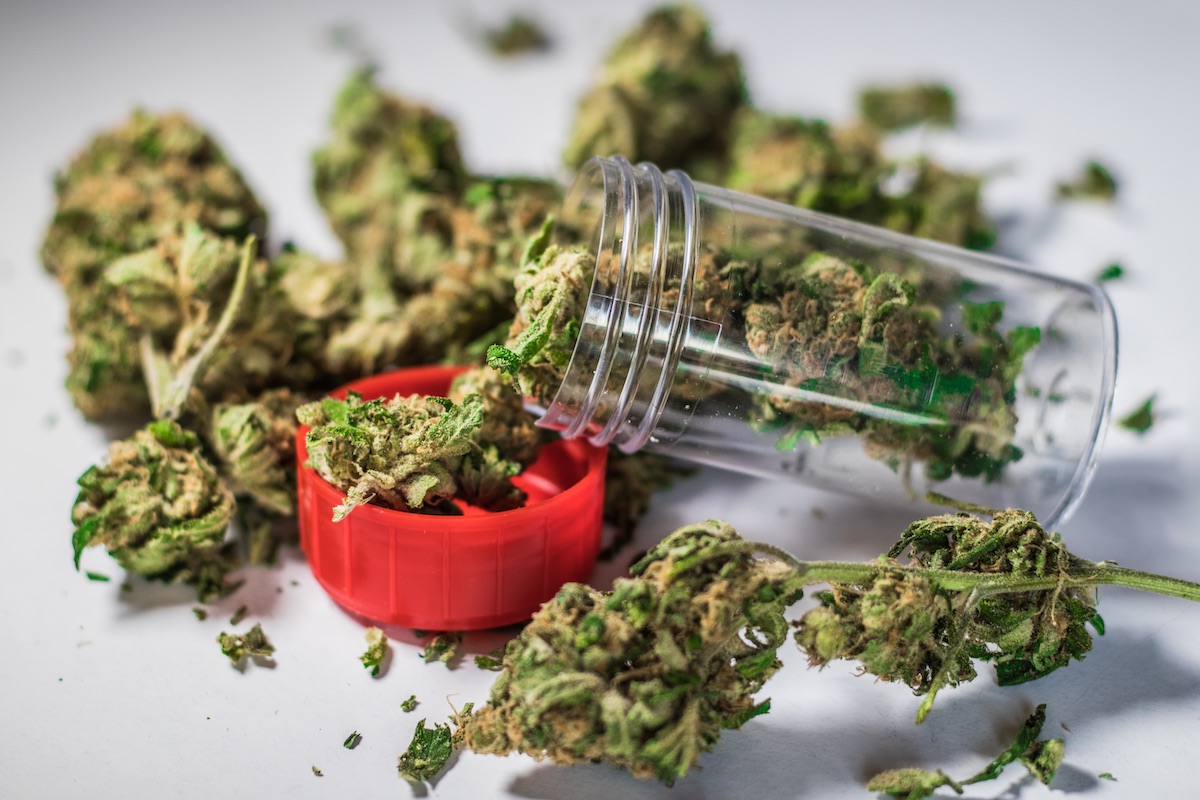 With CBD being given the same treatment as THC, the Brazilian CBD market is still very restricted. And there is no indication that this will change under the ultraconservative government of Jair Bolsonaro, who has repeatedly opposed the demands of the civil society. Imported CBD is the only legal product of its kind in Brazil, and only 4,600 people have been licensed to use it. Also, domestic production is virtually non-existent, but things may be starting to change.

Despite the restrictions, at least 20 subsidiaries of some of the world's largest cannabis companies are operating in the country. This is interpreted as a sign of "some degree of optimism" by the international industry, but while there is currently a bill on the agenda to regulate medical cannabis, it is not expected to bring any major changes to the CBD market. So while medical cannabis remains illegal in Brazil, associations join forces to provide legal support to patients, share growing techniques and even distribute medical extracts.

On December 2015, Michelle Bachelet's government passed legislation authorizing the production and sale of cannabis-based medicinal products – although with restrictions and at prices unaffordable for many. Cannabis organisations say the current restrictive legal framework is failing to address the problems associated with production, consumption and sale of psychoactive substances, eventually doing more harm than good.

At least 35,000 patients use prescription cannabis in Chile, most of who grow it themselves at home. But while home cultivation for medical purposes is allowed under law 20,000, its vague wording leads to misinterpretation by police and prosecutors, and many plants end up being seized.

Beyond the cut and thrust of legal debate, the decriminalisation of cannabis could provide business opportunities worth billions, and no one wants to be left out. Chile is well aware of it and is becoming fertile ground for market-leading Canadian companies. The world's largest producer, Canopy Growth, established its subsidiary Spectrum Cannabis Chile last year, and only a few months later Tilray acquired the Chilean company Alef Biotechnology. Khiron, in turn, teamed up with Dayacann, holder of Chile's first medical cannabis cultivation license, and with Fundación Daya, the country's main advocate of cannabis-based alternative treatments.

While the Chilean market is not experiencing the same euphoria as the North American, the presence of large corporations is a sign that the local scene is full of business opportunities. In fact, Chile is in a position to target more than just self-provisioning. It has experience in growing, enjoys a climate that is particularly well-suited to cultivation and offers lower production costs than the U.S. and Canada. In short, it has all the potential to become world leader both in terms of raw material and deliverables.