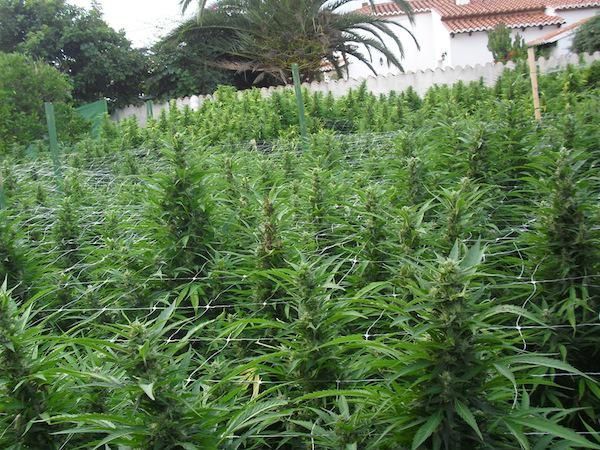 At the beginning of March, Uruguay ushered in its new president while it bid farewell to Jose Mujica, a paragon of a politician who was responsive to the people and behaved like one more citizen, without privileges. A politician who many define as the nation's Robin Hood, and who made a firm commitment to legalising marijuana, thereby placing Uruguay in the international spotlight.

Today, the citizens' main concern is verifying whether Tabaré Vázquez, his successor, will continue down the same path blazed by the previous administration. More than two years after the regulation, the seeds that were planted have not yet borne much fruit.

While Mujica was in office, he astonished the world by completely legalising the production and sale of marijuana in 2013. He placed the production chain in the hands of the state, and opened the door to several ways to acquire marijuana: citizens could cultivate it themselves, join a cannabis club, or buy it directly at a pharmacy.

For now, the new president of Uruguay has agreed to continue with the legalization policy, although he has also decided to postpone the application of one of the essential parts of the plan proposed by Mujica: the sale of marijuana to the public at pharmacies. Vázquez is proceeding with caution, influenced by pressure placed by the UN, which has warned the country about its legalisation of the sale of marijuana, which it considers incompatible with international anti-drug treaties, criticizing it directly for its permissiveness.

In March of last year, ex-president Jose Mujica responded to statements made by Raymond Yans, president of the INCB (International Narcotics Control Board), who called for Uruguay to rescind its plan because it would, he alleged, "put public health in serious danger." The INCB attacked Uruguay again a few weeks ago for "unilaterally" choosing to legalise the cultivation and commercialization of cannabis.

Although fifteen cannabis clubs have started to operate, and growing has begun, Vázquez has put off the sale of marijuana at pharmacies, arguing that the country is not ready to implement the measure yet. He has publicly stated that he wants that a project of this magnitude to be successful, and that “if we make a mistake because we take it too fast, we will fail. We do not want to depend on deadlines." Thus, apparently the time frame to carry out this project has been left in the air.

Meanwhile, Milton Romani, secretary of the National Drug Junta, has promised that Vázquez is going to comply with the law. He says that there will be sale via pharmacies, but that the new president just wants things “to be done right." He added that delaying the plan was almost inevitable, as the companies involved were not turning in the required documents on time. And the equipment necessary to sell cannabis at pharmacies in a controlled way is still not available.

Romani has explained that right now the first challenge Uruguay faces is for production levels to match the number of companies that are going to participate in the program and the number of users who are going to buy the product; no easy task, and one that requires time to optimize results.

Of the 22 candidates, Uruguayan and foreigners, eleven were left for the second stage, and one of them withdrew, concluding that it was not a good business. Of these ten, the government will have to choose between three and five, and grant them land in San José to start the plantation. According to National Drug Junta data, in the first week of March there were producers that had still not presented the necessary documentation for the final selection. The secretary of the NDJ also said that they already have seeds ready to sow, a stage that will come after the approval of the participating companies.

Nevertheless, according to the producers them, the installation of the machinery and the biological process of the plant, means that the final product, the marijuana, will not be in pharmacies for another three months. At the earliest and using auto-flowering strains of marijuana.

In spite of the bureaucratic tasks involved, and the Uruguayan government's assurances that it will fulfil its promise, Vázquez has already declared publicly that he was not convinced regarding the sale of marijuana in pharmacies, among other things, for security reasons. He does not support consumption either. Last year he even suggested that a database of national producers (that Mujica had promoted) could help the government to rehabilitate some smokers. In 2012, while legalization was discussed for the first time, Vázquez stated that nobody should consume marijuana because, according to him, it does “psychological, psychiatric and neurological” damage.

Vázquez also demonstrated his desire to initiate a profound debate on this question, and stated that, before regulation was carried out it was necessary to conduct a comprehensive analysis with all the countries in the region to know what they thought and how they would do it. At that time, he already held that this was complex and important issue, and even hoped that the government's intention was solely to control consumption among those who “recognized their drug addiction.”

He added that marijuana caused as much damage or more than tobacco, and that “it is better not to smoke anything,” which is why he found it "shocking" that Mujica wanted pharmacies to sell marijuana, although he did state that he approved of regulated consumption (fortunately, for those who harbour hopes for the Uruguayan system).

In spite of these statements, ex-president Mujica has sought to play down the differences between him and Vázquez, explaining that both support a political project that matters to everyone, and that is a complicated task that takes time. Vázquez defended himself from those who mistrust him and believe that he will not obey the law. “They should not confuse our caution with a cancellation of the project. There will be continuity and compliance with the law,” he promised.

Although events could take a course that supporters of marijuana would never support, it seems that the new government is committed to forging ahead with legalization, though more slowly. Nothing would undermine Uruguay more and its commitment to its citizens than hitting reverse on a process that was already up and running. If Uruguayans already miss Mujica, they may do so even more if Vázquez continues to take his foot of the gas when it comes to cannabis legalisation.