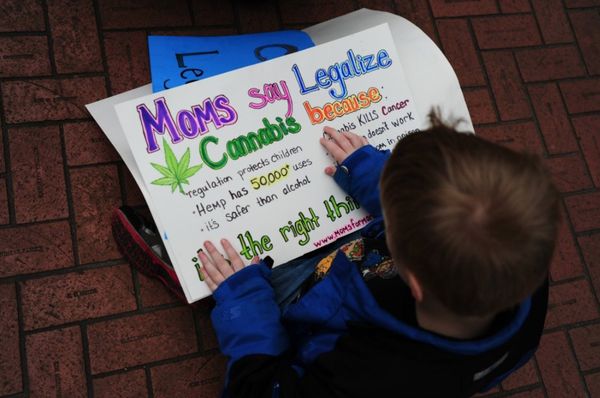 In the 10 years since it began, the international initiative Moms for Marijuana (Moms for Marijuana,) has attracted a large number of women worldwide, as well as fathers, and people in general (having children is not required) who are in favour of education and awareness about the responsible use of cannabis and the need to take advantage of the plant's medical benefits.

They also champion the legalisation of marijuana as a way to make this last point possible. According to its leaders, the change will benefit future generations, as it will allow them to exploit all of cannabis's potential, currently stifled by prohibition around the world. 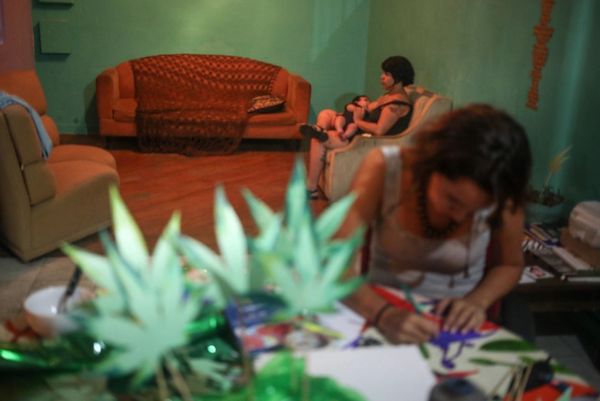 Members of the movement believe that continuing the fight against cannabis use is a sign of ignorance, adversely affecting the plant's future inhabitants. Their activities are aimed at raising awareness regarding this issue, promoting education for ideological change and dialogue on all the aspects surrounding marijuana, highlighting its history and the motivations behind its ill-conceived prohibition.

Since founder Serra Frank created the movement in 2006, Moms for Marijuana has flourished into an international project to fight the stigma surrounding cannabis and its consumers. Proof of its success and scope is that they have more than 560,000 fans on their Facebook page, and nearly 27,000 followers on their Twitter profile. In 2012 a parallel project came about: Dads for Marijuana, which now boasts 50,000 followers on Facebook.

For two years now Serra Frank has been sharing her duties as the head of the initiative with Cheryl Shuman and her daughter, Aimee Shuman, executive director and deputy director, respectively. Cheryl has worked on American television since childhood, and as a teenager appeared in different shows and movies.

"We recently marked a decade as the first, largest, oldest and most respected group of women activists in the world," explains Shuman. She continues: "Moms for Marijuana currently has more than 130 offices around the world," in countries like Mexico, Puerto Rico and also Spain.

This 54 year-old American woman's strong commitment to therapeutic cannabis use is a result of her own experience. In 2006 she was diagnosed with a cancer that she tried, unsuccessfully, to treat with alternative medicine. She then shifted her strategy and began using the plant, in juice and oil form. Cannabis helped to buoy her health, so she decided to found the Beverly Hills Cannabis Club, her first step as an activist for responsible marijuana use. She ended up convincing her own neighbours.

Her objective? "For marijuana to be seen as something as normal as drinking wine with a meal," by giving demonstrations of products and services available at the most prestigious luxury brands, and organising tea parties featuring talks about travel, politics, problems with children, fashion, the world of vaporisers, and everything related to the cannabis sphere. According to Shuman, women are the key to legalisation: "We are responsible for family decisions. After all, women buy 85% of all consumer and household products."

With time and public relations skills acquired during her time in front of cameras, Shuman has become one of the most recognisable faces of the movement for the reform of laws governing medical cannabis, having appeared on the BBC, CNN and Fox, among other channels, championing the cause. In fact, she is already known as The Cannabis Queen of Beverly Hills ever since she was so dubbed by the New York Times.

"Our main goals are education and commitment, which we promote via platforms like the social networks and media, organising meetings and support groups," says this staunch activist. 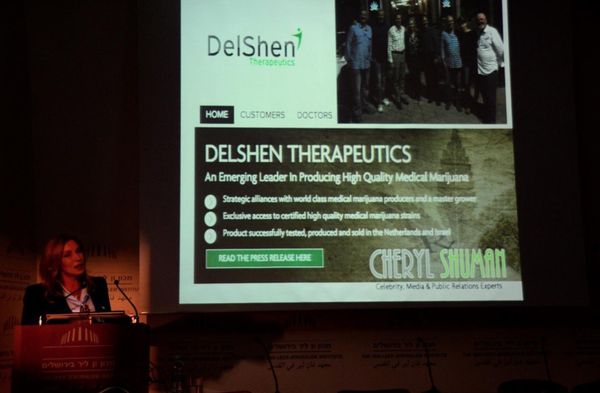 In her view, mothers with children suffering from diseases such as epilepsy "need help and support so that their children can receive medical cannabis treatments." The members of the movement, also mothers, want to do everything in their power to help raise public awareness about the importance of these kinds of therapy.

"We support the ethical use of cannabis, which does not entail an increase in consumption," says Shuman. The secret is to educate children from a young age, both at school and at home. "Parents and teachers need to be informed about the benefits of the plant so that they can share this knowledge with family members and co-workers," said the American.

As for the positions of governments and supranational institutions, Shuman believes that when they realise the benefits of cannabis and the benefits its regulation can yield in the form of taxation: "they will be aware that it cannot only contribute to the treatment of diseases, but also bolster the economy.”

The efforts of this coalition of activist mothers are already bearing fruit. According to Shuman, their commitment to changing attitudes towards marijuana "has changed the world". Thanks to their activity, in more than 100 countries around the world, "we are winning the public opinion struggle, with people supporting legalisation and putting an end to its prohibition," declared the leader of the movement. Moms around the world have come together to change the state of things. Will anyone dare try to stop them?