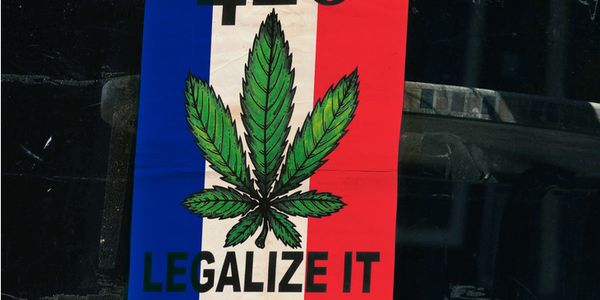 To understand France's struggle against cannabis we need to go back in time, namely to 1916. On 12 July that year the first law that openly prohibited marijuana consumption was issued, describing cannabis as a "poisonous substance". What led to this situation?

A bit of history

One hundred years earlier, the Napoleonic campaigns had meant a major incentive for the development of opium and hashish, which were exported from China and Egypt, respectively. Opium soon began to be used clandestinely in Toulon and Marseille and quickly became popular in the urban areas of Paris and Lyon.

Charles Baudelaire, Arthur Rimbaud and Théophile Gautier were some of the leading consumers of these substances, which became fashionable among the intellectual class of the early twentieth century. These writers described their experience with opium and hashish in their novels, which further popularized its use among the general public. Even eminent personalities from the literary and scientific worlds such as Victor Hugo and Alexandre Dumas were part of the 'Club des Hachischins', a Parisian group dedicated to the exploration of the mental states induced by these substances.

These were also the years of the First World War, an international conflict in which opium and morphine were widely distributed as pain relievers for the wounded. The popularity of its use reached such level that addiction among demobilized soldiers peaked without control, alerting the French Government. Given the situation, and in line with the prohibitions already existing in the United States and United Kingdom, in the summer of 1916 France penalized the importation, production and consumption of these substances, including marijuana. This law was strengthened in 1922 and 1939, becoming one of the most restrictive laws in Europe. Soon, critical voices arose against this reformed legislation, condemning the State's action to eliminate the principles of individual freedom and demanding the Government's non-intervention in personal consumption choices.

But if there is a key date to understand France's current scenario, that is May of 1968. During that year a series of revolts took place staged by French students, disenchanted with the model of society imposed by the State led at that moment by Charles de Gaulle.

The revolution had a pacifist and libertarian character, becoming a cry against war and the violence of authorities. Not surprisingly, the wave of protests that occurred during that time led to the largest general strike in France, supported by more than nine million people. These protests were linked to the hippie movement of the sixties and seventies, which included in its programs the decriminalization of cannabis as a step towards an intelligent society where it was "forbidden to forbid". 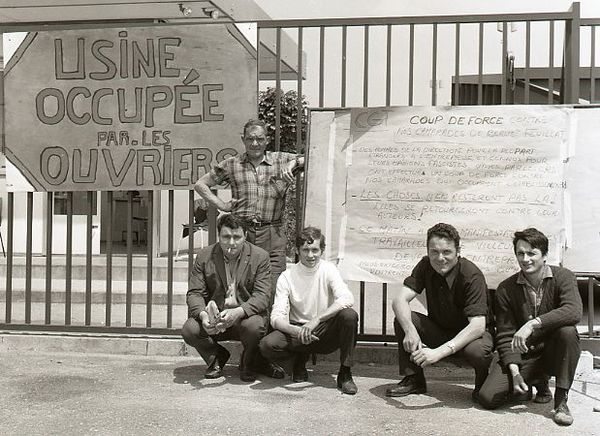 Since that time, the image of the cannabis leaf has been closely related to the revolutionary events that marked the sixties. After 1968, the right returned to power–this time under the command of Georges Pompidou–and had to exercise reactionary and security demonstrations to please its electorate, made of upper middle class and 'lobbies' from the industrial sector, still paralyzed by barricades and the general strike. It was in that context that the 1970 Act and its famous article L-627 were approved, portraying consumers as criminals or ill people, as was assessed by the judge. The most surprising thing is that this controversial article remains the basis of today's legislation.

Since then and in view of the French authorities, cannabis has been studied in terms of security. Due to the above mentioned historical-political events, marijuana is presented in the French 'status quo' as a challenge to the maintenance of public order, related to rebellion and chaos.

This view has reached a collective scope and is impregnated in the subconscious of society. It is interesting to explain the opposition between alcohol and cannabis. While both are (under the law) drugs that can cause serious addiction, in France wine is associated with cohabitation, the 'French' way of living and the growth of many regions. Consequently, it is conceived as a cultural and patriotic tradition, while cannabis is directly related to insecurity, a term that no party wishes to associate with its political program.

One of the most hostile laws across Europe

France has one of the strictest laws as far as marijuana is concerned. Currently, the use of medical cannabis is reduced to a single drug, Sativex, which serves to relieve spasms in patients with multiple sclerosis.

According to the Decree of Public Health of June 2013 (which judges consumers, thus differentiating itself from the Criminal Code, which judges producers or traffickers) medicines based on cannabis are authorized, but medical cannabis is not, so the spectrum of this variety of drugs is significantly reduced. In addition, the law also provides harsh sanctions for those consumers who enjoy marijuana individually. For all of them, simple consumption constitutes a criminal offence which may involve a maximum of one year imprisonment or a maximum fine of 3,750 euros. When talking about buying or selling on the black market or illegal production, a consumer may be prosecuted for drug trafficking. In this case, production of cannabis is punishable with imprisonment of up to 20 years or fines of up to 7,500,000 euros.

It is also noteworthy that there are very few people who have received the maximum sanction, and those who have were responsible for cannabis culture at an industrial level. However, the 2007 law puts special emphasis on repeat offenders, regardless of the amount consumed.

Despite attempts by the French government to discourage cannabis trafficking, it is the favourite substance among French citizens. According to a study by the French Observatory of Drugs and Addictions, cannabis is the most commonly consumed illicit substance in all age groups, with a significant incidence among minors.

Not surprisingly, France is country, along with Canada, with the most marijuana consumers: 500,000 are regular and over three million are occasional. In addition, 42% of the French population declares having enjoyed this substance sometime. 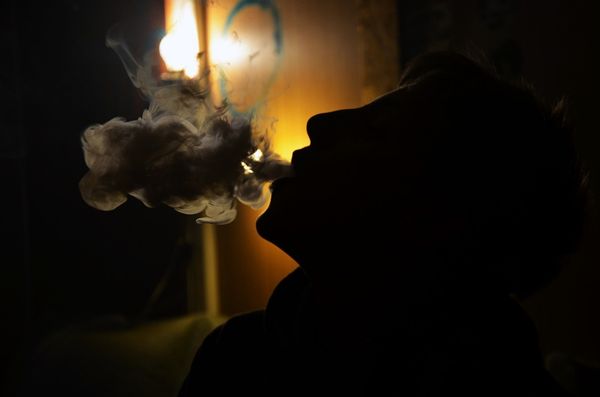 In view of these data we have to wonder what is the sense of banning cannabis when there is such high consumption peaks. But surveys show that opposing views still exist. According to a 2013 study published by the CSA–one of the most important research institutes in France–55% of the French people remains opposed to marijuana decriminalization; out of that percentage, a large majority are older adults. However, 44% believe that cannabis prohibition is a clear violation of their individual freedoms.

In pursuit of political will

For decades, the government lives in absolute immobility. Sporadically, there have been some ministers who have spoken out to unlock the situation in which the country finds itself, but all their attempts have fallen on deaf ears. This is the case of socialist politicians like Bernard Kouchner, Daniel Vaillant and, more recently, Vincent Peillon, whose statements have been harshly condemned by the conservative government.

However, few political parties are openly in favour of the decriminalization of marijuana. Among this minority, the alternative party Cannabis Sans Frontières and the Cannabis Social Club movement are noteworthy, which openly undertake a struggle for legalization in France. However, its electoral weight remains low.

It is worth remembering that some social progress seems inevitable even in a country that gives so much importance to their traditions and inherited values. Cannabis remains a prisoner of a libertarian and oppressive image and of inherited mental concepts and topics that prevent any attempt to bring it to a successful conclusion. Optimists say it's only a matter of time and that political courage is key to accelerate the processes in this area. But in the French case, it seems that we will have to wait a bit longer.