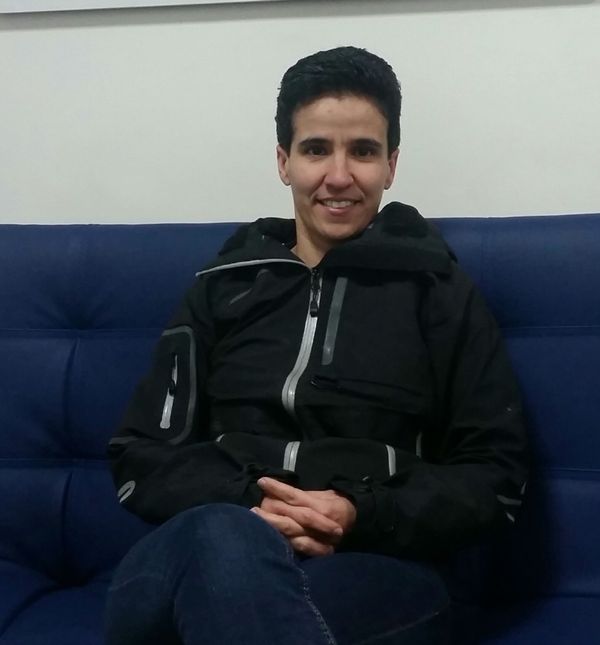 Paola Pineda Villegas is a Colombian doctor specialising in medical cannabis, a field in which she has been working and researching for years. With a degree in Medicine from the Universidad Pontificia de Bogotá, and serving as the scientific director of the Cannabis Research Centre, she began to prescribe marijuana when, out of options to treat the symptoms of one of her patients with the AIDS virus (who was also suffering from a bone sarcoma), she decided to try cannabis.

"A patient with HIV began to have trouble sleeping, and was suffering from severe pain. His infection was controlled by the antiretroviral drugs, but he was desperate about his sleep problems, and he had already tried all kinds of medications," the doctor explained to Dinafem.

The two began to look at various possibilities, and the specialist finally suggested medical cannabis. "At that time I didn't know anything about it in Colombia. We started with teas. He called me to tell me he was very happy, as both his pain and sleep problems were subsiding," she recalls.

Now known in some media circles as the "the cannabis doctor" - "my friends also call me that," she says, giggling - this HIV specialist then began to delve deeper into medical marijuana treatments. A close friend who had suffered serious migraines drew her further into it when they ran into each other and her friend told her that she had her headaches under control thanks to cannabis extract.

"I told her to put me in touch with the person who had provided her with it." It was at that point that she met the members of Cannalivio, a Colombian company that offers a marijuana-based line of phytotherapeutics and cosmetics to patients suffering from different musculoskeletal diseases entailing chronic pain and inflammation. "I was shown the place where they grew and processed it. Although it was a bit artisanal, they actually observed some very shrewd practices," she recalls.

Although the legalisation of medical cannabis has just gotten underway in Colombia, with the approval of the first licenses to grow, pursuant to Law 30 (1986), Colombian doctors can prescribe marijuana. Although for years the question of its purchase, sale and processing was not regulated, specialists were able to offer it as a solution for various ailments. So, gradually, in contact with producers and researching its effects, Dr Pineda Villegas began treating more and more patients, who turned to cannabis in order to enhance their quality of life.

"Right now I have a group of about 1,000 patients. Of them, 40% are children, most with refractory epilepsy," a drug-resistant variation of the disease. "At first there is always a fear of THC, but when one sees its therapeutic benefits in these children, he realises that there is nothing to fear," she explains.

The doctor believes that "fear of THC is based on myths and misinformation." "Of course," she says, "all substances must be distributed with care and great responsibility, but the THC levels children are exposed to are very low. And one must bear in mind that I am not dealing with healthy children, but rather kids with a life-long condition and major neurological alterations," she points out.

Therefore, the doctor does not believe it makes any sense to let these minors continue to suffer seizures, and end up suffering neurological damage, instead of giving them marijuana to control them and avert this outcome. "I think the answer is clear: patients should be given the option of therapeutic cannabis. I cannot let them suffer seizures all the time."

Pineda reminds us that all drugs used in medicine have side effects. And, according to her research, the plant, if well administered, and with doses calculated taking into account the weight and height of the child, is very beneficial. "In these cases the effects of marijuana are extremely beneficial, and with fewer side effects," she explains. "When you see how the children respond, when you have kids that were facing the prospect of never walking again, or talking, or spending a day without a seizure, or a peaceful night... of never feeling like eating again, or enjoying it ... and you see that they can do these things ... that makes it all worthwhile." 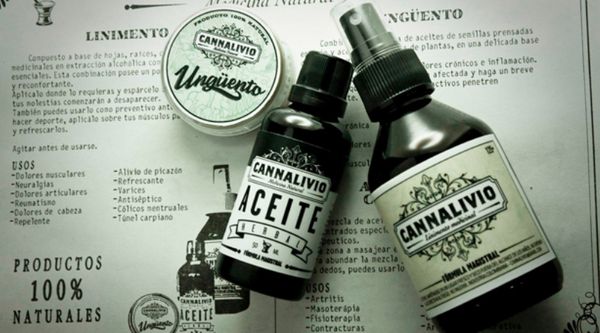 The benefits of cannabis

However, they are not the only patients that she treats. People with insomnia and fibromyalgia problems respond particularly well to the plant. "People get used to sleeping poorly, but when they start to rest well, they see how many things in their lives improve. For example, pain becomes more tolerable, their ability to perform at work and in their family lives ... sleeping well again, for many people, means a major improvement in their quality of life. "

In addition, marijuana is different from other sleep inducers, which do not lead to deep rest, and can become addictive. "With cannabis we have cases patients who use it for six months, adjust their sleep patterns, and are then able to quit," she says.

The doctor also mentions cases of patients with fibromyalgia, whose improvement she described as "extremely encouraging. This disease is closely associated with mood and sleep disorders, and once you help them with the pain, these issues are gradually resolved," she clarifies.

At her clinic in Bogotá she is gaining more and more experience, and success stories to share, though she is quick to observe that the plant is not a cure-all, and that, as with other treatments, it does not work on all patients. Once a month she travels to Medellín where she sees patients at a very traditional, family-oriented medical office that does not even have a name.

She also forms part of the group Curativa, founded in response to the interest of producers and doctors in the country who aspire to draw upon their experiences and research to create a landmark source of information for people. "In the end all the pages talk about what is happening in Israel, Spain and Canada, but the idea is to have a page that talks about what we are doing, how it started, and what we have achieved," she says. They also have very clear academic interests: to allow people to learn about their experiences and advances, and to apply them, if necessary. She has also actively participated in discussions on cannabis held in the Colombian Congress, which last December led to the historic decision to legalise medical marijuana in the country.

When asked about the most rewarding part of her job, she can´t decide. "I believe that the cases you remember the most are those involving children with 20 or 30 seizures a day. Some have now been a year without one, and have been able to return to school. They're running, and talking and writing again, when that was ruled out," she says proudly. "But we need to remember another too: older patients, with pain, and with Alzheimer's, who see their quality of life improve," she concludes, with a smile.