But let's go step-by-step. You may be wondering what's special about this substance and why it has suddenly become the focus of attention. Below, we explain in detail what CBD is and what it's for. Here we go.

CBD or cannabidiol is a component present in some (not all) varieties of cannabis. It is one of the more than 545 compounds that have been identified to date, present in the chemical composition of Cannabis Sativa. Among them, approximately 104 have been classified as cannabinoids due to presenting certain shared structural characteristics. Within this group of cannabinoids, we also find THC, the compound that up until now has been the most famous and most enhanced in the cannabis varieties present on the market. This is because this component is highly psychoactive, while CBD is not only not psychoactive, but it counteracts the effects of THC.

What is the endocannabinoid system?

These compounds, the cannabinoids mention above, interact with our organism thanks to the human body's endocannabinoid system. This system consists of a series of natural receptors (CB1 and CB2), mainly located in the brain, the spinal cord and the peripheral nervous system. These receptors interact with cannabinoids, activating and stimulating the body's natural response to pain, anxiety, stress, etc. The key role of the endocannabinoid system is to maintain or restore homeostasis, a healthy balance of various bodily functions, and cannabinoids from vegetable sources such as cannabidiol (CBD) can enhance the positive effect of this process.

Why is CBD on the rise?

Up until now, the varieties of marijuana that the market demanded were those that contained a high percentage of THC. Why? Very simple, a high THC content equals a powerful psychoactive effect (euphoria, giggles, a feeling of inebriation and a powerful cerebral effect), highly appreciated qualities by some recreational consumers of cannabis.

For this reason, the cannabis market has focused on breeding varieties that were as rich in THC as possible. In reality, most of the cannabis sector ignored CBD entirely.

However, in-depth studies of cannabidiol have revealed that this compound not only has medicinal properties, but that it can also be very useful to alleviate the adverse effects of THC. It has been proven that CBD acts as a competitive antagonist of THC, counteracting some of its secondary effects such as anxiety, dry mouth or altered perception.

Paradoxically, although this substance moderates the adverse consequences of THC, it also lengthens its effects, limiting its breakdown in the liver. Therefore, the modulating effect of marijuana with high levels of CBD produces a lighter, more relaxing, less psychoactive and more sustainable effect, although at the same time it can extend it over a longer period of time.

This brings an alternative for those who prefer a more relaxed effect compatible with day-to-day activities. A new paradigm of recreational cannabis use that avoids the "stoner" model and which has encouraged the creation of new strains rich in CBD.

What happens if you consume pure CBD?

We have just explained the benefits of CBD when it is combined with THC. But what happens if you consume pure CBD? By itself, this cannabinoid does not produce any psychoactive effect, although it does produce a mild feeling of calmness. This means that the isolated consumption of CBD does not produce the feeling of intoxication that we normally link the use of cannabis to; however, it does have many medicinal properties. These two features make it a powerful ally for the therapeutic sector, as it can help to alleviate certain types of sicknesses and illnesses without the patient suffering any type of psychoactive experience.

What medicinal properties does CBD have?

CBD is a substance with few or practically no adverse effects. It does not have psychoactive properties though it does have many therapeutic virtues which make it a powerful ally in the medicinal sector. Thanks to this, scientific research into this compound has been intense in recent years. 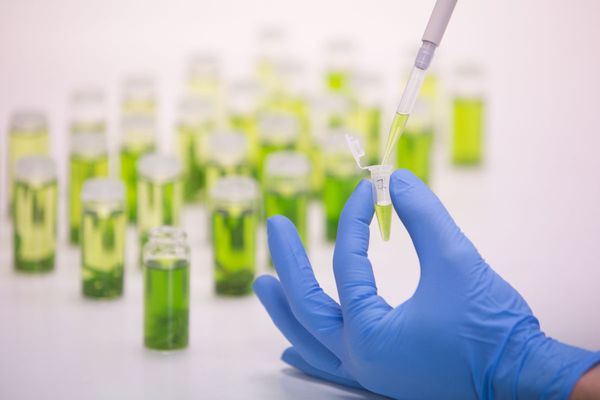 Several clinical trials have proven that CBD has anticonvulsant properties and that it is effective for treating epilepsy. Specifically Dravet syndrome, a rare form of epilepsy which produces longer episodes than normal and periodic brain damage that can be fatal in more extreme cases. There have been cases recorded where CBD has been the only valid treatment to curb these convulsive episodes. A patient called Charlotte Figgi, a girl from Colorado (USA) whose life has been literally saved by CBD, has been the catalyst that has led to a significant change in the way this substance is perceived in the United States. A change that has been reflected in both the media and in the legislative framework that deals with this cannabinoid, breaking ground in a legal framework which up until then had been strongly opposed to it.

There have also been trials which indicate that the combination of THC+CBD can help to alleviate the spasticity (unusual tension and rigidity in muscle tone) derived from diseases such as multiple sclerosis.

Another important medicinal property of CBD is that it acts as a neuroprotector. Given the high mortality rate due to neurodegenerative diseases, today the search for effective treatments is a priority. In this respect, neuroprotection seems to be key. There are several studies that claim that CBD helps to restore areas of the brain damaged by chronic and severe brain cell death.

As we mentioned above, CBD counteracts the anxiety that can be produced by a high consumption of THC, but in addition, the cannabidiol itself has anxiolytic and antidepressant properties. This finding, backed by several scientific studies, is being researched to apply CBD as a possible main or complementary treatment for mental illnesses. It has even been proven that this substance, far from producing possible adverse effects in this field, which could be the case of its cousin THC, can be an effective tool for treating psychosis.

CBD is a substance that up until now had been relegated to the field of scientific research and which has now made a strong entrance in the cannabis market. A compound that has endless possibilities at both a therapeutic and recreational level, and which is even clearing the way for the legalisation of cannabis.