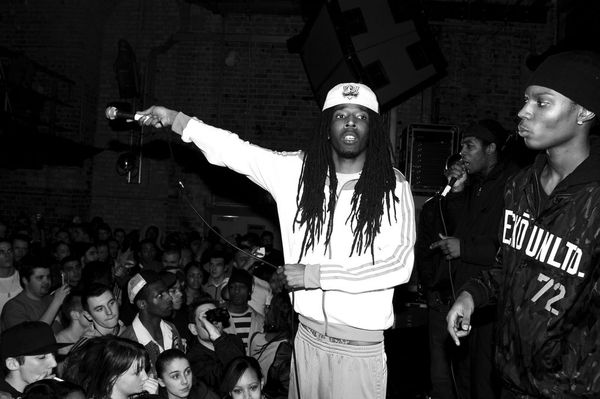 Narrating the documentary is producer, rapper and Boy Better Know member Jammer, who is also a regular cannabis user. By interviewing different people, Jammer tries to fathom out how Skunk abuse, with its high THC content, could have endangered the mental health of the young artists involved in the grime scene, a music genre that emerged in London in the early 2000s, quickly spreading in England's underground scenes.

"When the grime scene exploded, everybody smoked weed, it felt like it helped our creativity," Jammer says with regards to the atmosphere that prevailed in London's underground music scene and to the close link between grime artists and Skunk.

The increase in THC

The rise of indoor growing and the emergence of breeders changed the composition of cannabis plants forever and outdoor Landrace strains gave way to hybrids that were bred to increase THC, the cannabinoid that makes cannabis psychoactive. As explained by scientist Guy Jones, one of the interviewees in the documentary, the strains we used before the emergence of hybrids contained 4-5% THC and about 2-3% CBD, which resulted in a less potent effect.

With the advent of Skunk, this THC/CBD ratio became unbalanced. THC reached levels of up to 20% while CBD remained unaltered. The explanation is simple: under the umbrella of illegality, the black market increased the psychoactive effect of cannabis in an effort to justify its high price. But what were the consequences of this THC increase on the effect of the drug? CBD is a cannabinoid that possesses antipsychotic properties, which moderate the adverse effects of THC and, according to Jones, it acts as a "protector" against the psychotic breaks THC may trigger.

A cannabis dealer that sells the Skunk he produces in an indoor setup, a grime musician that claims to have suffered mental health problems due to Skunk abuse, a music producer that experienced first-hand the impact of drugs on the music industry... Pieces of the same puzzle brought together by a film that explores the dangers of drug misinformation through a journey into the heart of London's underground scene.

A work that addresses issues such as the need to educate teenagers on cannabis use, to empower them so that they can discern what they are consuming and understand how it may be affecting them. It is not about demonising the plant, but about offering reliable, verified information. "It is possible to have a positive relationship with weed. However, it really worries me that teenagers start smoking Skunk without understanding what it does to them. We should educate ourselves, no all weed is the same and no all weed is for everyone," Jammer claims.