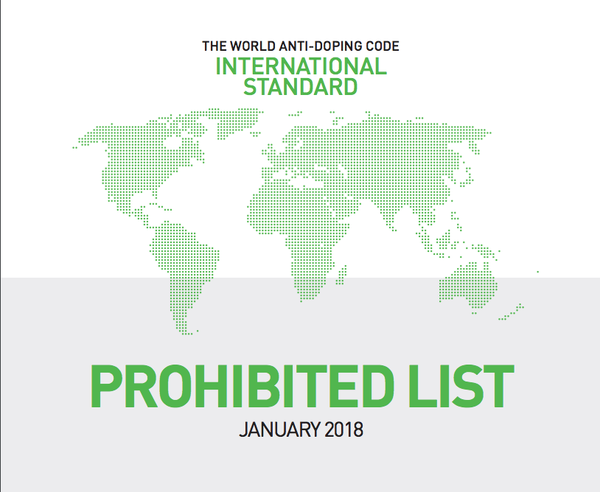 CBD or cannabidiol is a non-psychoactive component found in some cannabis strains. It acts as a THC antagonist, reducing its effects, and has anti-inflammatory, anticonvulsant, neuroprotective, anti-stress and muscle relaxing properties. Further, it does not interfere with brain function and has proven medicinal value, which has most probably influenced the World Anti-Doping Agency's decision to remove it from the 2018 Prohibited List aimed at professional athletes. 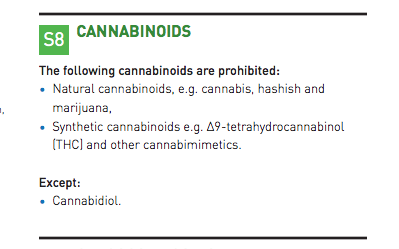 The news was released at a press conference held last September by Oliver Niggli, WADA's Director General, and will come into effect on 1 January 2018. So far, WADA classified "all natural cannabinoids, e.g. cannabis, hashish and marijuana" as prohibited substances. This included CBD, which is now classified as an exception.

The relationship between professional athletes and marijuana is a much closer one than you would expect, and even if it does not affect the physical abilities of the user, way too many athletes have had their careers damaged to greater or lesser degrees after testing positive for cannabis. In 2008, Swimmer Michael Phelps was suspended for three months for cannabis use, while Spanish gymnast Gervasio Deferr was stripped of all the titles he won from October 2002 and January 2003, among which two world medals, one gold and one silver. Yet more and more athletes are coming out of the 'cannabis' closet, publicly defending both medical and recreational use. Here are some of them.

This American football tackle played seven seasons in the National Football League (NFL) and announced his retirement at the age of 29 over concerns for head trauma sustained on the field. He found relief from the pain of his injuries by resorting to the analgesic effects of marijuana, which prompted him to advocate for the removal of cannabis from the list of banned substances in American football. In recent years, he has become a prominent cannabis activist.

This American boxer of Mexican descent had already gone public about his cannabis use when he vaped CBD oil at a press conference held after the UFC 202 combat - a mixed martial arts event organised by Ultimate Fighting Championship in Las Vegas, where Diaz flighted Conor McGregor - in what was a much talked about journalistic episode. When a reporter asked for clarification, he said it was CBD, which makes life "a better place".

This American cyclist was thrust into the spotlight when he was stripped of his 2006 Tour de France title following a positive test for testosterone. Years later, after retiring from professional cycling, he opened a cannabis dispensary in Colorado, Floyd's of Leadville - Colorado legalised medical and recreational marijuana in 2000 and 2012, respectively.