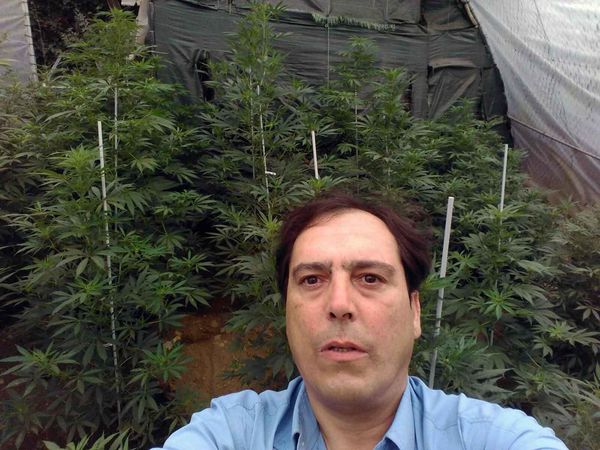 "A constant struggle." This is how Abel Amor describes the situation that has been doing him great harm for the last five years, a period during which the Civil Guard has repeatedly intruded onto his property in Vegadeo (Asturias) to seize the marijuana plants that he grows for his own consumption. The Vegadeo resident has been authorised to use of cannabis for medical purposes for more than two decades, due to the severe pain he has endured since suffering a serious accident while serving in the military in 1987.

"A psychiatrist at the Luarca Mental Health Centre (Asturias) gave me a permit certifying that, in my case, I need marijuana to alleviate my pain," Amor said. This is a decision that other Public Health doctors in Spain have also endorsed. However, the Spaniard complains that there are still "no doctors who authorise it, who are able to access these types of alternative therapies."

A couple of months ago, tired of the situation and fearing that the incidents would recur again this year, Amor sent a letter to the Interior Ministry asking for "protection from what we consider to clearly constitute abuse", the document reads. He is also asking for 10,000 euros: 1,200 for each of the five marijuana crops already seized by the Civil Guard. "It is a symbolic amount because they can never pay me back for the destruction or the health that I have lost," said the victim.

Every time the agents seize his plants, they number around 20. "What I need for that year," he explains. Amor then must face months of pain and great efforts, both emotional and economic, to illegally acquire the quantity he needs to enjoy an "acceptable" quality of life. "I need continuous consumption, in accordance with therapeutic guidelines, and of a strain that I have tested. I cannot smoke just anything and at any time," explains the Spaniard. 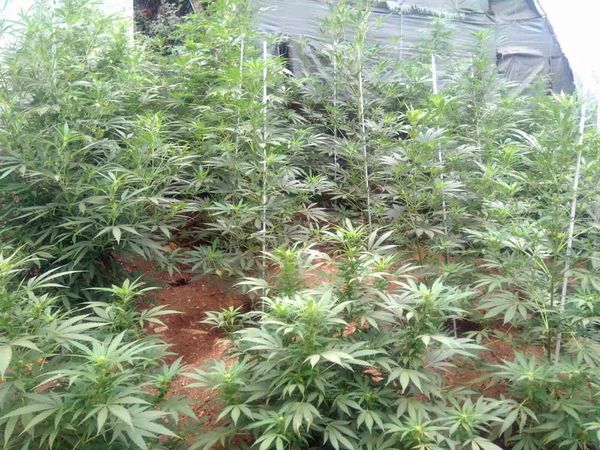 Amor understands that the first few times, "they might have thought I was a drug dealer," but right from the first seizure, the Castropol judge has dismissed case after case. The lawyer initially contacted him. "I explained my circumstances, justified my consumption, and showed them that I'm not a drug dealer or a criminal," explains Amor. "They asked for a court order to enter my house, but the judge didn't issue it, because she recognized that I was authorised," he continues.

But the agents have continued to enter, for "the past three autumns," the land adjacent to his home where he has his small plantation, without a warrant, "violating the guarantees set down in the Spanish Constitution," as he stated in his letter. "They come all the way up to the back yard, and frighten my parents," he says. In the missive he states that "exhibiting a misguided form of authoritarianism, the Civil Guard, in a small town, seems determined to pursue a man who doesn't bother anyone."

Although the judge has dismissed the case, Amor has no official document to use as proof to prevent the situation from recurring again and again, because "there is a legal flaw" involved. "I have asked for judicial protection from the provincial government delegation, but they do not have a certificate for a patient like me. They end up acknowledging my rights, but there is still no solution," says Amor.

"Any adult can grow marijuana, as long as it is for personal consumption," says Abel. He adds, "this was established a long time ago, but it has never been properly set down in the law." The Law on the Protection of Public Safety also suggests that plants should not be in plain sight, a requirement with which Amor complies: "I have a lot of land surrounding the crop. Nobody sees it."

"In the end they dismiss the charges, but by that time they have already taken all the plants," the Spaniard complains. The last time it occurred, last September, the Civil Guard agents seized, for the fifth time, the 26 marijuana plants he had on his property. The Castropol judge dismissed the case, in which Amor was accused of a crime against public health, stating that "there was no valid evidence that the plantation in question was being used to traffic in the narcotic." The decision also indicated that "the cultivation and subsequent consumption does not go beyond the accused's private circle."

Despite this pronouncement, "they already know where the plants are, and that I am going to grow them." He explains that they usually show up in the morning, around nine. "A few days before they jump the fences and cross the fields to see what the plants are like. Then they return when they are fully grown," he shares. 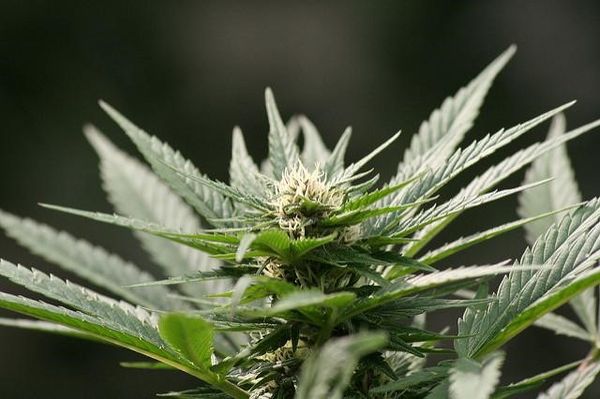 Thus, he has had to turn to a lawyer, who has finally agreed to support him in his fight to defend his rights. "I'd already gone many places to explain my circumstances. I've already explained it to many judges," says Amor, but "who's going to mess with the Civil Guard?" Amor has yet to receive any reply from the Interior Ministry.

The only effective remedy

According to the Spaniard, using marijuana to relieve his severe pain allows him to walk, and without the plant he "could not get out of bed." "I could take a bunch of opioids, or have a slightly better quality of life, like I have now", he says. In fact, "all I want is for them to leave me alone. I have enough land to cultivate thousands of plants, but I only have what I need. They know that I'm not a drug dealer. I'm devastated," he continues. He says that he is not going to hide to avoid being accused of drug trafficking.

"I find it very sad that we live in a society supposedly governed by the rule of law, and these are the circumstances," Amor laments. In his letter he also points out that the attitude of the Civil Guard "is unbefitting a society subject acknowledging the rule of law, for in the absence of a crime the individual's dignity and freedom must be respected." He is especially disappointed because the accident happened while he was serving in the Spanish Armada, "where I went to fight for that rule of law," he says.

After the accident, and given the severity of his injuries, he was issued total disability compensation, as the accident was "declared to have occurred in the line of duty by a military medical board." Ever since then he has been treated with opioid drugs, in addition to suffering several setbacks and disappointments, including some caused by people in the Spanish cannabis movement, before managing to enjoy the quality of life he currently has in Vegadeo.

For the Asturian,who declares himself a cannabis activist, medical cannabis is "an extraordinary source of health," that can be used as an antidepressant or an analgesic. "It could allow people to avoid taking many medicines," he insists. This is why, his situation aside, Amor calls upon the health authorities to take responsibility "for protecting the millions of citizens who are authorised to use marijuana, distinguishing this from unhealthy patterns of consumption and unscrupulous traffickers," while acknowledging that he is not the only one struggling for recognition of the right to use medical marijuana.