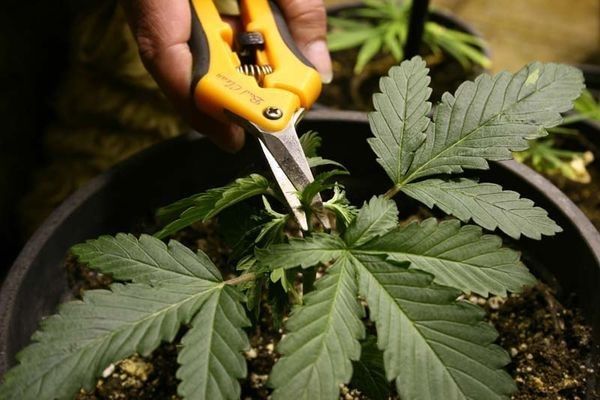 Maybe you have sometime heard about the possibility of pruning your cannabis plants to control their growth, and thus obtain a larger production or control their height. It is normal: pruning is highly recommended to make the most out of cannabis plants, but sometimes growers don't know how to perform the techniques correctly.

Pruning techniques are suitable both for indoors and outdoors cultivation

Pruning marijuana is an art, an advanced culture method that is useful to force the plant to become wider, produce more branches and make the most out of the available light. The benefits are, therefore, evident. However, it is necessary to apply these techniques properly and choose the one that best suits your needs. Pruning techniques are suitable both for indoors and outdoors cultivation. Some of them should be applied only during the growing season, while others can be performed during any other cycle, even during flowering itself.

The essence of them all is the same, but we have found several methods, such as the 'super-cropping', 'FIMing' or the FIM technique that present minor variations but pursue the same objective: to liberate the plant and redistribute its hormones, particularly auxins. These hormones control the growth and development of the branches, twigs, leaves and roots of cannabis. Now we will show you which ones are used the most often and how they should be performed so that your plants grow strong and healthy.

Perhaps this is the best-known method because it allows controlling the height and growth of the plant in a very easy way. The procedure is as simple as cutting the upper apex of the plant. This will get the plant not to grow above the cut but only below. For this reason, the plant must have reached a minimum size before pruning.

By pruning the main tip, auxins spread throughout the rest of the branches, focusing on the tops of the main points, thus increasing their vigour and competing to become the new main tip. In this way, bud production increases and consequently, so does the final yield.

This pruning technique is ideal for marijuana mother plants. It is recommended that the cutting is done with previously sterilized scissors or knife, in order to avoid infections during the apical cut. If the cuts are clean, the plant will suffer less and recover sooner. 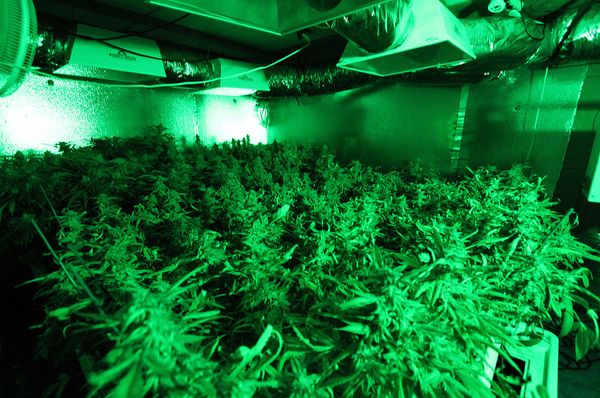 The second method is very similar to the previous one. It consists in pinching the plant to preserve the largest bud with maximum production and quality. To do this, we just have to press lightly with the thumb and forefinger the stem of the upper node of the cannabis plan until we hear a slight crack. If the space available on the stem of the upper node does not allow pinching correctly, we must press the node that is just below.

With this technique, vertical growth becomes slower and the development of secondary branches is encouraged, making the plant look more like a scrub. It will need a few days to heal, so don't panic if a lump is formed at the place where you pinched, because it will later grow naturally. The operation can be repeated in any other node that has already been formed, as well as in secondary branches that could eventualy exceed the apex.

This method is excellent if you are looking for a nice uniform canopy, thanks to the SOG technique. Regularly pinching the apex of the largest plants during growth and at the beginning of the flowering period will produce uniform height between them. Thus, culture will become easier and the final production will increase, especially if different varieties of cannabis are being grown at the same time.

Do not worry if you pinch too hard and cut the apex. It would have the same consequences as classical apex pruning. With a little practice, you will be able to pinch your marijuana plant quickly and efficiently.

It consists in basically making a cut in the shoots of the tips, but without cutting them entirely, so that part of it remains uncut. As a reference, we can consider a measure of two-thirds. If we use the knife well, after a few days, a couple of new tips should appear (usually not more than five). There is no danger if you fail: in the worst case, no tip may sprout, so we will be left with a simple apical pruning.

The aim of the FIM technique is to multiply the main and side shoots without having to give up the upper sprouts, as in the case of apical pruning. It can be applied both indoors and outdoors and also to cultivate mother plants.

Although it is not a direct pruning, it is a very effective method for molding cannabis plants. The trick itself is to bend the branches without breaking them. Do not worry if in the following days a callus is formed in the area where they have been bent, it is part of the plant's natural response to raise the manipulated part.

With this technique the plant will get a better use of light, while the growth of the lower buds of the same branch is stimulated. It is very useful to limit the height of the plant and can be performed during any cycle, except during advanced flowering, when the buds have already grown large.

Sometimes, the purpose of pruning may be to increase the size of the flowers, but that does not necessarily increase the overall performance. Therefore, some growers cut branches with flowers at the first signs of flowering. This is not a normal process and it is rarely performed, mainly by 'boutiques' or for best-plant competitions which are sometimes organised by cannabis lovers. 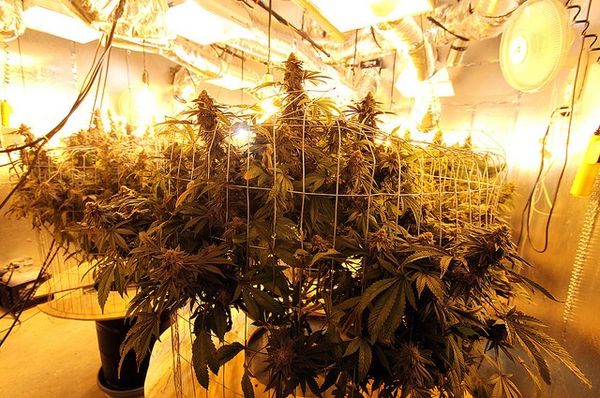 Finally, veteran growers know that good pruning goes hand in hand with a small mesh or trellis. This device, in the case of cannabis, supports plant growth, stabilizes the upper or lateral buds that generate after pruning and is available in various materials. The structure can be horizontal for indoors, where plants often form a bush; outdoors is more common to use vertical structures, due to the height plants reach.

With all these tips, there are no excuses for our crops to grow healthy and strong and for us to take advantage of their full potential. Now you just have to get down to work and achieve the desired objective.