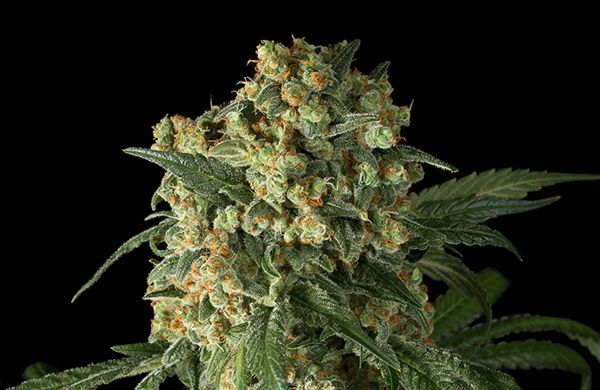 By crossing two legendary strains (Critical + × OG kush ) Dinafem have created "Big Kush" which lives up to it name in more ways than one! I was fortunate enough to have a friend called Freax let me test out this new strain. I was gifted three different phenotypes of the Big kush and there was very little variance between them.

As soon as you opened the bag you are hit in the face with a super strong lemon kush smell combined with a hint of spicy pepper and very subtle earthy undertones. When you grind up the flowers this is when you get the full aromas. You can certainly tell this is a heavy kush strain but there is an underlying fruity smell which is the critical+ combined with the earthy and spicy aroma mixed with hints of pine making for a very complex smelling strain.

The buds had the typical kush structure but not as dense, a more airy feel to them. The colour that the Big Kush has created is amazing. She is made up of very vibrant greens with beautiful blue/purple hues which I'm told by the grower was down to lower temperatures during the bloom/flower phase. Whatever the cause it has produced a 10/10 strain for bag appeal. Absolutely stunning strain to look at.

The trichomes were looked at under a 100x microscope and had short stems, fully formed bulbous heads with 10% amber, 80% cloudy and 10% clear/translucent trichomes. One of the phenotypes did have a lot more crystal/trichomes than the other two so I asked the grower about this. The only difference was that one phenotype was grown under a led light spectrum the other two under traditional hps lighting. I must say the led grown phenotypes did have 10-15% more trichomes which to me is great as I love extract making.

Now onto my favourite part. The smoke test. When we are trying a new strain for the first time we like to test this in as many different ways as possible to get the best effects. So for the Big Kush, we tested the flowers in a vaporizer, water bong and in joint form. For me, the best flavour was delivered through the vaporizer so that is what I used more. For a faster onset of effects pure joints or used in a bong was most effective. The Big Kush burned to a nice clean white ash which tells me the plants were grown well and very little extra growth nutrients were left in the end product.

The smoke on the inhale was very smooth and all kush with a light spicy pepper taste. The full flavour came through on the exhale where you can taste the fruit of the critical+ and a slight earthy background taste. The smoke expansion in the lungs was very light on the chest and the onset of effects was very fast from this strain around 5-10 minutes for a nice cerebral, uplifting high which lasted for a good couple of hours.

We smoked the Big Kush for over 3 weeks and it was a great all around smoke. If smoked in moderation it was a great strain for pain relief, anxiety and depression. If needed though this strain did have the capability to knock you out .Especially when smoked pure in joints or water bongs. So super effective for insomnia or if you just need to relax and forget about the world.

If you like your kush strains but want something with a bit extra flavour, a bigger yield with no decrease in quality from the original OG kush then I would definitely recommend the Big Kush!.

From what the grower told me the yield was increased by 25-30% and all the original flavours have been retained with a slight fruity twist.

Overall we were very impressed with this strain and it will be making its way into my grow room in the near future.

Great job by the grower @Freax and by the Dinafem breeding team. A solid 9/10 strain!. 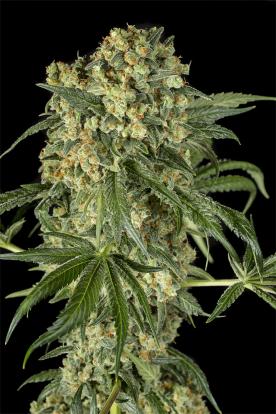 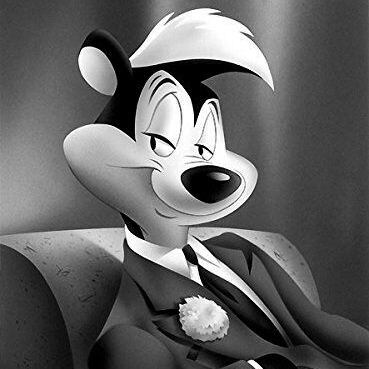 Skunk-mad For the last decade I have been very privileged to be a part of the medical cannabis community. When I encounter a new strain that has provided medicinal relief for my needs and my family’s, I like to write about it so other growers/users of cannabis can also benefit from the amazing medicinal properties. I do like to write about "cannabis flowers" but over the last 2 years I'm more focused on cannabis concentrates/extracts and their medical benefits.