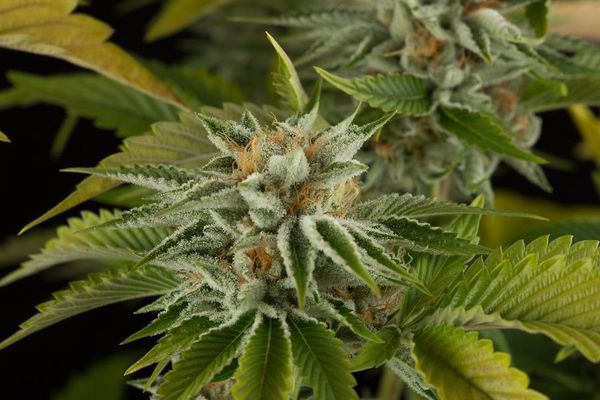 In the United States and around the world many people have already been captivated by the exoticism of the feminized OG Kush. Have a look video here below to get an idea of ​​its powers. The most experts surely already know about the legend that tells that the initials of OG Kush refer to "Ocean Green", an ancient tradition according to which this strain of Californian origin was first grown by the Pacific Ocean, from which it acquired a touch making it unique. In this variety, the marine touch that it still retains adds up to the union of two great strains such as the Lemon Thai/Pakistani and the iconic Chemdawg.

As a result, in California rap stars and many experts in cannabis have moved OG Kush to a new dimension: by sharing with their followers and friends all that is special about this plant, they have managed to turn it into a best-seller on the west coast of the country as well as in great part of the United States.

This feminized strain is predominantly Indica but, as you can see in the pictures, it produces plants that have a very sativa structure, with a pronounced stretching that sometimes may even require the use of tutors. In general, these plants are quite slender, with large internodes, broad leaves and separate buds that are not too bulky but have a high density. A real feast for the fans of the Californian flavour.

One of its main advantages is its small-medium size which makes it ideal for indoor growing. In fact, it is advisable to keep it in small-spaced rooms and to apply the SCROG mesh system, through which we can have a very broad plant, so large that it even feels like several. In addition, it is a fast flowering strain that can reach up to 24% THC and 0,23% CBD.

The feminized OG Kush has an intense flavour and aroma. Although hints of fruit–especially berries and citrus fruits like lemon–predominate, it is also true that we can find fuel notes in it. If what we want is to sleep peacefully, there is no doubt that this genetics is one of our favourite because of its powerful effect, which is initially cerebral but quickly becomes a deep and relaxing, as well as an enjoyable high.

Whether you are an experienced breeder or have just got started in this exciting world, the feminized OG Kush is an option that is generally easy to grow. You can set your harvest both indoors and outdoors. In the latter case, this strain responds well in temperate and Mediterranean climates, but it can also be grown in greenhouses and obtain good results.

The key: the SCROG cultivation system

To increase the production of OG Kush, the most effective method is to use this kind of meshes. With them we can hold the stems of the plant, so that they remain more separate allowing the light to penetrate better. As a result, there is greater production of secondary branches and their buds become larger and more uniform. All thanks to the very genetics of this strain and its branched structure.

To increase our production, we must first undertake a process of apical or FIM pruning; this way we can ensure a successful plant growth under this honeycomb-like mesh, forming the SCROG system. We must be meticulous and careful but, if we succeed when cutting the ends and placing the mesh, we will see how the silhouette of the plant acquires a more rounded shape and our harvest is greater.

If anything distinguishes the OG Kush from any other strain, is that it is extremely grateful. Of course we have to pay attention to it and take good care, but we don´t need to strive too much to get a good harvest. If we opt for indoor cultivation–in which case we will need 55 days for flowering–we can get up to 550 grams per square meter. If, instead, we have the right place outdoors to set up our culture–which we should start early to mid-October−then we can obtain up to 1100 grams per plant. Quite significant figures.

OG Kush buds are compact and have plenty of resin, producing an intense and enveloping aroma for us to enjoy. In fact, the use of carbon filters is recommended to avoid anyone being aware of where our culture is. And you cannot miss the chance to try their characteristic taste. A mixture of fruity touches with slight shades of diesel, its exotic essence leaves no one indifferent from the moment it hits our taste buds.

Contrary to what happens with the OG Kush CBD, where the attenuated qualities of the strain dominate, in this case the THC is more present, so its psychoactive power will be more pronounced. After experiencing how its effect comes directly to our brain, rewarding us with a pleasant buzz, you will feel a deep sense of relaxation. An effect that can also be used for therapeutic purposes: if you are looking for a variety to help you rest in moments of insomnia, look no further, you've found the ideal one for this task. 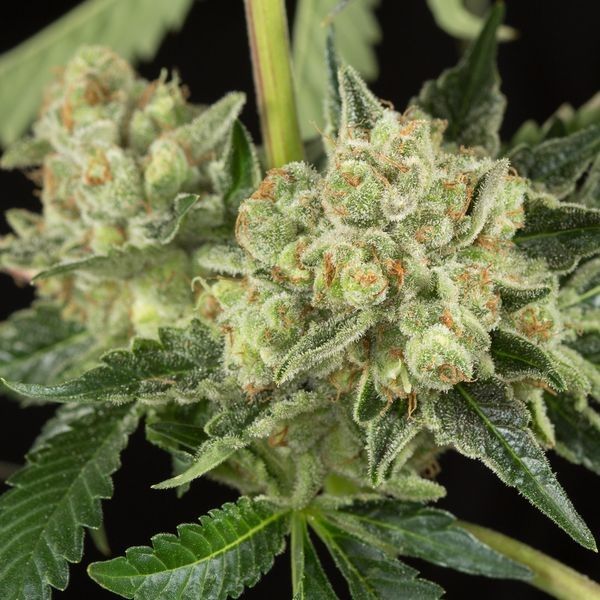