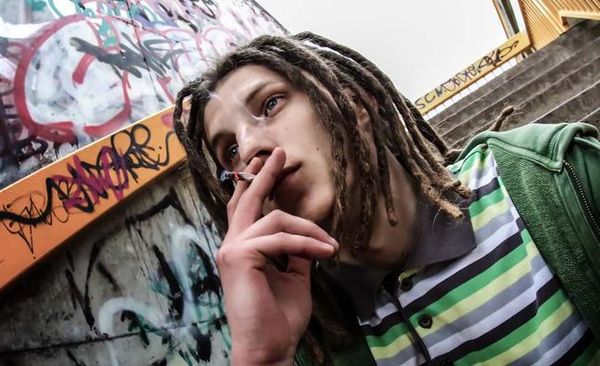 Cannabis can be used to treat diseases, to have a good time, whether alone or in company, and even to improve one's state of mind. And, to top it all off, it seems to be related to greater intellectual ability. For some time there have been efforts to establish a relationship between the beneficial properties of cannabis and its impact on and relationship to intelligence. Several studies were recently published to discern how these factors are related and their conclusions are clear: consumption does not impair academic performance.

This line of research goes way back. Earlier this decade, studies at the University of London concluded that people with higher IQs were actually more likely to use cannabis. Before reaching this conclusion the researchers studied the intelligence and emotional creativity of no less than 3,818 men and 4,128 women at different times of their lives, from ages 16 to 30. At the same time, their use of the plant was recorded.

Since then there has been research seeking to explain this pattern. Among other theories, it has been suggested that the "brainy" use cannabis more due to their natural tendency to try new things. One of the hypotheses of writer and psychologist Satoshi Kanazawa has to do with the evolutionary psychology of the human being: he believes that a plant like this offers stimuli allowing one to continue to progress and adapt to changes. Another argument is that it is related to social problems in childhood: if people suffer isolation then (or throughout their life) they are more likely, during adulthood, to seek out new experiences that reward them and help them overcome boredom.

The new studies focus on, for example, the relationship between intelligence, cannabis and adolescence. In a way similar to the previous studies, children were studied and the likelihood of them consuming cannabis as adults.

Researchers at University College London examined 6,000 academic records of 11-year-olds, now in their teens, divided into two age groups: 13 to 17 and 18 to 20. According to their analysis, those previously exhibiting average or above-average academic performance were more likely to go on to occasionally or regularly use cannabis than their peers with poor marks.

However, this study included an important innovation with respect to the previous one: those students with very strong academic records, better than average, were not very likely to consume cannabis at age 16, but they were still more likely to do so than those with poor grades. The probability did increase when the students that had had the best records were between 18 and 20. The study also took into account that, until they were legally adults, many young people had no regular access to the plant.

The researchers concluded that this was not mere experimentation, but rather regular consumption: "These associations persist into early adulthood, providing evidence against the hypothesis that advanced academic skills are linked to temporary experimentation," they explained.

The study's conclusions also refute a widespread myth: that those who fail academically are the most likely to use cannabis, or substances such as tobacco and alcohol.

As in the study a few years ago, the researchers wonder whether those exhibiting poor academic performance are less interested in new experiences and defying the prejudices that exist in society, while the more intelligent are more likely to do so.

For now, this is all speculation. In this study, the researchers were unable to say why the more intelligent are more likely to use cannabis during adolescence. Echoing an idea from a few years ago, it has been suggested that they are probably more open to experimentation. They may also do so to connect with older peers who have access to cannabis, or they may simply be more sincere when it comes to talking about the consumption of certain substances. They called for future studies to focus on those demonstrating poor academic performance, and why they are less likely to use cannabis. 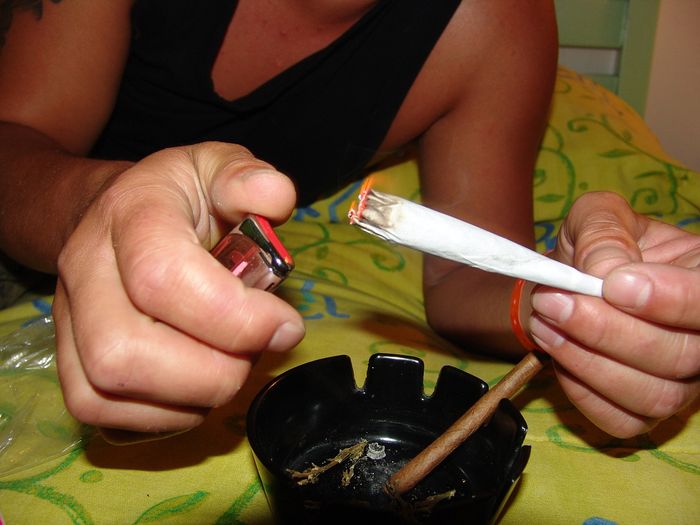 The myth of intelligence loss

This new British study provides yet another argument against the myth that marijuana consumption lowers IQ. It all started in 2012 when a study claimed that the habitual consumption of cannabis by those under age 18 led to an IQ loss of some 40 points. However, a subsequent review of the data challenged the link between cannabis use and IQ reduction. The first researchers had apparently not taken into account the socio-economic situations of the study's subjects. Thus, "the true effect (of the early use of cannabis on IQ) could be nil."

This is not the only recent study that has linked cannabis to intelligence. Last year, a study published by the UK's Journal of Psychopharmacology also concluded that cannabis use implies no loss of intellectual ability. Researchers evaluated the IQ and academic performance of 2,235 adolescents, amongst which there were cannabis users and people who had never tried the plant. The researchers' conclusion was candid: "The idea that cannabis use is related to lower IQs and poorer educational performance is not supported by this large adolescent sample."

Researchers at universities in California, Los Angeles and Minnesota went further and investigated whether exposure to cannabis had different effects on the intellectual capacities of twins. They assessed their intelligence when they were between 9 and 12 years old, before they ever used the plant, and years later, when they were between 17 and 20. One of the twins consumed cannabis, and the other did not.

Scientists found no link between cannabis and any decrease in IQ. Neither did they find any evidence suggesting that cannabis use affected other areas: "The absence of significant differences between discordant siblings leads us to conclude that the deficits observed in the plant's users are attributable to confounding factors that converge in the initial use of the substance and IQ rather than any neurotoxic effect of cannabis."

The conclusions reached by these new studies encourage further research along these lines to understand why smarter people seem to have a greater predilection for cannabis. They also help to debunk myths about cannabis and its alleged effects on the brain. Over time we will probably know as much about cannabis and intelligence as we do about its effects against cancer and depression. It is only a question of time.