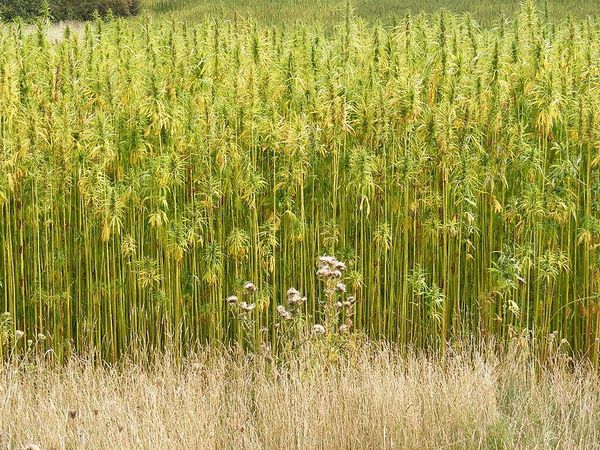 It is becoming increasingly clear that cannabis boasts very beneficial health-related properties. And it not only helps people, but is also a valuable resource to restore contaminated lands. This fact is being demonstrated by farmers in the fields of Taranto, in the Italian region of Apulia. After seeing how a toxin present in their pastures ended up killing off their sheep, they decided to use hemp to repair the lands they were farming.

The problem began in 2008, when dioxin was detected in their animals. This is a highly toxic substance that is released into the atmosphere by the activities of heavy industries. It then falls back to the earth and is absorbed by the soil. It can seriously affect human health, causing everything from reproductive to developmental problems, affect the immune system, and cause cancer. At that time, in the face of the public health danger posed, the Government forced them to put down the sheep, which meant an end to their livelihoods.

The source of this pollution is the Ilva steel plant, one of the largest in Europe. Founded in 1905, the factory has had a major environmental impact in the area of ​​Taranto, contaminating the soil with its waste. The farmers, far from giving up, decided to employ a somewhat particular method to recover their lands and make them apt for grazing once again. The first to employ it was Vincenzo Fornaro, who at one point had 600 sheep on his vast farm, now empty after the disaster.

Fornaro sowed his hectares with industrial hemp, a class of cannabis with very low THC levels and whose cultivation is legal. This launched a process of phytoremediation, a term coined by Dr. Ilya Raskin of the Biotechnology Center at Rutgers University (New Jersey). Through this process it is possible to use plant species to decontaminate soils, purify sewage and even clean indoor air. Through the cultivation of Cannabis sativa Fornaro managed for the contaminants to be absorbed by the roots of the plant, which store and, in some cases, transform the toxins into harmless substances. 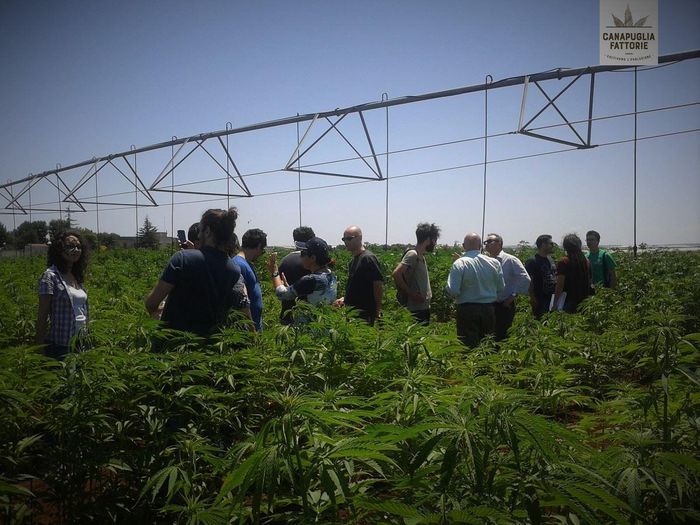 In this way, little by little, Fornaro has regained the richness of his lands, and believes that hemp represents, without a doubt, the future of his farm, as he ignores all the prejudices of those who look at him askance for planting cannabis on his land. Also fighting these attitudes is the association CanaPuglia, which since 2011 has been calling for the cultivation of Cannabis sativa to decontaminate the soils of the farms affected by the steel factory. Thanks to them, some 100 farmers and ranchers who lived near the factory have not had to leave the area in order to continue with their work.

The strong results of land reclamation in Chernobyl

This is not the first time that this process has been successfully carried out to decontaminate cultivated land. In the 1990s, following the nuclear disaster at Chernobyl, hemp was used, along with other plants, such as sunflowers and grasses to clean the soil of contaminating metals in areas near the nuclear power plant. In 1998 Phytotech Laboratories, together with producers and the Ukrainian Fibre Cultivation Institute, made the decision to plant industrial hemp to eliminate highly-toxic strontium and radioactive cesium.

"Hemp has proved to be one of the best phytoremediation plants we have found," said Slavik Dushenkov, a research scientist at Phytotech Laboratories, after witnessing the impressive results in areas affected by one of the largest nuclear catastrophes in history.

In addition to the Ukraine, much of the land in neighbouring Byelorussia was also affected by the nuclear explosion. Thus, Belarusian scientists and local authorities also endorsed the use of hemp as a decontaminant. Their research confirmed that it entailed not only the advantage of phytoremediation, but that it also could also be used to generate biofuel and reduce the total volume of CO2 released into the atmosphere. 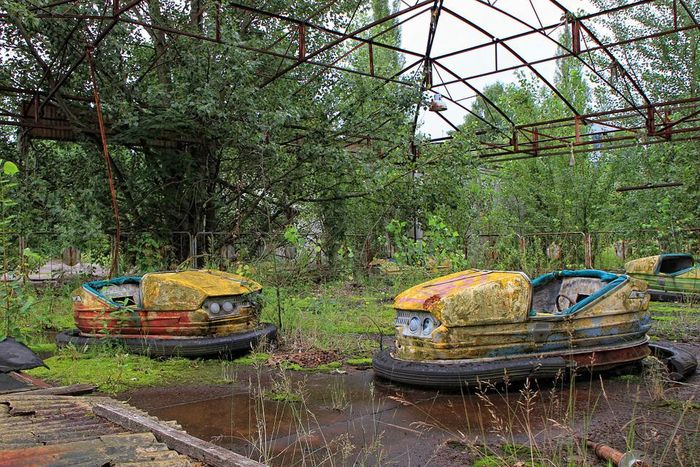 A new opportunity after the Fukushima disaster

In 2011 panic broke out again regarding nuclear energy after the accident at the Fukushima plant in Japan, one of the worst environmental disasters in recent history. Miles and miles of crops were damaged by the effects of radioactive compounds. In fact, the effects were so severe that some believe that the radiation from Fukushima has penetrated the Pacific Ocean and could reach the west coast of the United States.

Despite the strong results obtained from cannabis as a soil cleaner, in Japan measures have yet to be approved to facilitate its planting and recover damaged land. The country is very strict when it comes to use of the plant. According to the Cannabis Control Act, enacted in 1948, it is illegal to own and cultivate cannabis, and the punishment for either offence is several years of imprisonment. Even the medical use of cannabis is prohibited. Some farms have permission for its industrial cultivation, for traditional reasons, but there are very few.

This was not always the case in Japan. Prior to the Cannabis Control Act, hemp was extensively grown in Japan, to make clothes, and for rituals in imperial ceremonies. Bringing back this tradition and spreading these crops would not only furnish the country with a burgeoning industry, but would also allow it to restore lands that have been damaged by the Fukushima disaster. 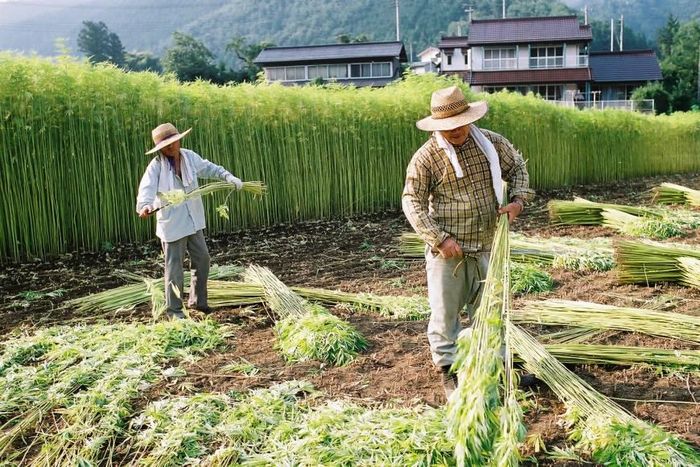 Another objective: eliminating cadmium from farmlands

In recent years there has been increase in cadmium contamination in agricultural soils around the world. Its presence is highly detrimental to humans. Eating foods containing high levels of cadmium can cause major health problems, such as deformations in the joints and bones, respiratory diseases, anaemia and renal failure. Once again, the key to eliminating it from our diet is hemp.

According to a study by scientists at two Chinese universities in 2011, most strains of industrial hemp stand out for their great capacity to absorb and store large amounts of cadmium in the soil, without detriment to the plant itself. This would make it possible, through controlled cultivation, to take advantage of areas to grow products that were previously unfit for consumption, without damaging consumers' health.

This research also highlights the multiple uses of Cannabis sativa strains. Even if not suitable for direct consumption, crops could be used for the production of fibres for clothing, paper, ethanol or even bioconstruction materials, furnishing important economic benefits through the marketing of its fibres. 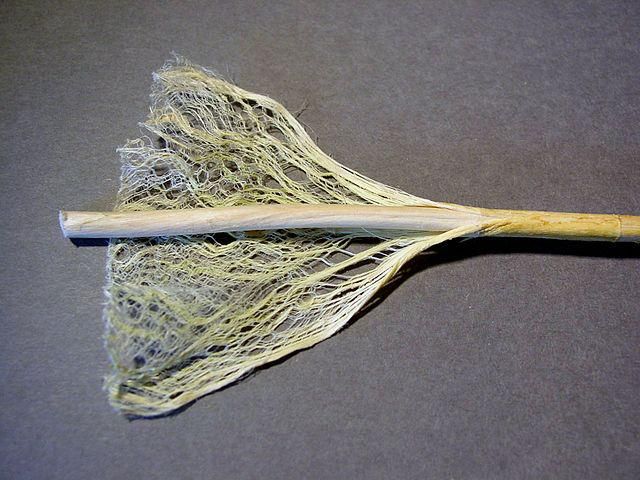 A solution for progress in Third World countries

Because of these properties, hemp cultivation could also be a good subsistence method for impoverished countries, especially in sub-Saharan Africa and parts of Asia. Cannabis has the ability to grow in depleted soils poor in nutrients. The powerful root system of industrial hemp can break compacted soil, providing aeration and porosity, while stabilising the ground, which helps to control erosion.

There are many who think that it is vital for governments in strategic areas to undertake the cultivation of industrial hemp as a rotation system to prevent pests and avoid the use of unnecessary solvents or pesticides. Hemp stabilises the earth and acts as a filter by decomposing contaminating material after absorbing it. This was confirmed by a study conducted by the Polish Institute of Natural Fibres in 1995, which concluded that hemp could withstand high levels of heavy metals without the plant's growth, harvesting or fibre quality being affected.

These plantations are also able to replenish the necessary nutrients after only one year of cultivation. Thus, their growth in inert soils infuses the substrate with new properties, rendering it suitable for the growing all kinds of type of plants. This could constitute an opportunity to take advantage of certain areas, bolster local economies, and support the self-sufficiency of severely impoverished areas. Cannabis sativa continues to surprise us every day with its many properties, even able to infuse life into lands where it had disappeared or never existed.