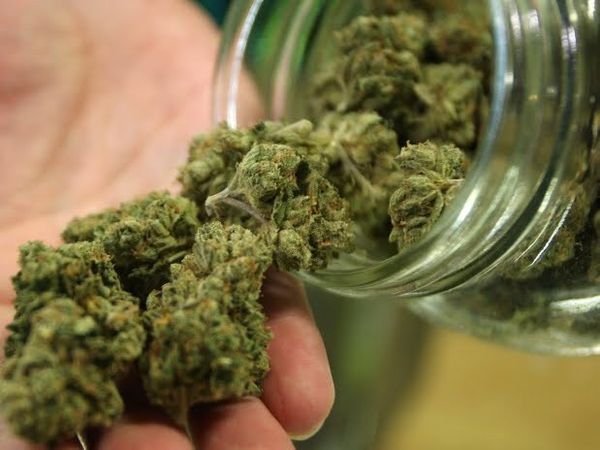 In Spain, having up to two marijuana plants is illegal. However, since the new Law on Public Safety took effect on 1 July 2016, it is decriminalised. The law contemplates that the growing of the plant at home in areas that are not visible to the public (inside, greenhouses, back patios), does not constitute an offence. Exactly what is specified as a serious offence is defined in Article 36 paragraph 18: "Executing the illegal planting and cultivation of toxic drugs, narcotics or psychotropic substances, in areas that are visible to the public, when they do not constitute a criminal offence."

This gives way to the interpretation that if you have marijuana plants in quantities that are deemed to be used for personal consumption, and in an area that is not visible to the public, in the event that a neighbour reports you and the police come to your house, the judge should determine that a fine should not be applied. Although you need to take into account that this isn't something that can be guaranteed to be 100% certain. 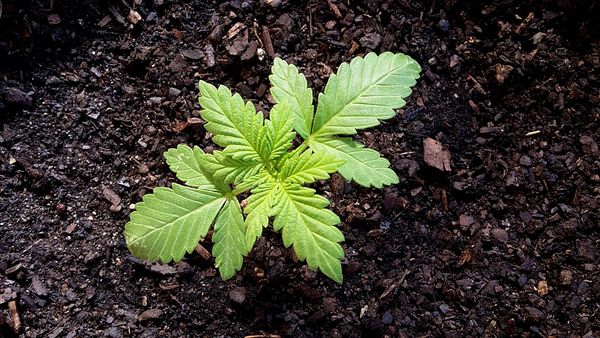 This statement cannot be taken to be completely true, in other words, the consumption of marijuana does not mean that the user is necessarily going to develop mental illness. What is true in this respect is that they have conducted various scientific studies that conclude that the consumption of cannabis (in the majority of cases on a frequent basis and/or in an abusive manner) can in fact lead to mental illness developing in some individuals with a genetic predisposition to suffer from it. This risk is associated with the start of the consumption at an early age, a frequently high consumption of marijuana, or with certain genetic predispositions.

In other words, according to the researchs conducted in this field, marijuana could be a triggering factor. These studies indicate that tetrahydrocannabinol (THC), one of the main components of cannabis, has an effect on the receptors of the endocannabinoid system increasing levels of dopamine, which could cause an excess in the stimulation of these receptors which, in some very specific cases, can lead to the presence of psychotic symptoms that can lead to schizophrenia or other types of psychotic disorders. It should be highlighted that the studies that associate the possibility that cannabis is a risk factor in the development of mental illness make reference to a misuse of this substance and to addictions.

The relation between cannabis and mental illness is rather vague, in which different factors play an important role (genetic predisposition, misuse and personal conditions of the individual), therefore in this sense a clear pattern of "action-reaction" cannot be established.

Marijuana is healthier than tobacco

Making this statement is like comparing apples with pears. Tobacco is a substance that is extremely damaging for the health, that much is true, but comparing its consumption with that of cannabis and stating that the latter is healthier, is quite simply rather vague. What parameters are we working under?

There are many ways to consume marijuana, the most common is the joint, which in many cases is mixed with tobacco, therefore this practice entails the risks of smoking tobacco together with the risks of consuming marijuana. It has been proven that tobacco provokes 2 in every 10 cases of lung cancer, and that its consumption can lead to serious problems with arteries and the heart, while there has been no study that suggests the same for the consumption of marijuana alone, in other words, if we are talking about lung cancer, tobacco is much more damaging than marijuana.

On the other hand, as mentioned before, the misuse and excessive consumption of cannabis can be a triggering factor for some forms of mental illness, while there is no evidence that associates tobacco with mental disorders. If it is true that marijuana has proven medicinal properties, then multiple therapeutic purposes are also attributed to the tobacco plant. In conclusion, they are two different substances with different health risks.

Numerous scientific studies have demonstrated that cannabis contains substances with important medicinal properties. It has been demonstrated that THC is effective for therapeutic purposes for some illnesses, although sometimes, its psychoactive effect means that it is not very suitable for some patients, in particular for children. Nevertheless, the combination of this component with CBD, lessens the effect.

CBD is a cannabinoid that is present in the composition of cannabis and that has been demonstrated to be a highly effective substance for the treatment of different illnesses like, for example, epilepsy. Here you have a summary of the medicinal properties of CBD:

Although many scientific investigations are being carried out to research this, we still cannot make a statement of this kind. It is true that various studies have been conducted that are investigating the beneficial properties of THC and CBD for the treatment of different types of cancer and, in many cases, very positive results have been obtained. However, these claims need to be taken with caution, as this is a field in which research is still ongoing. 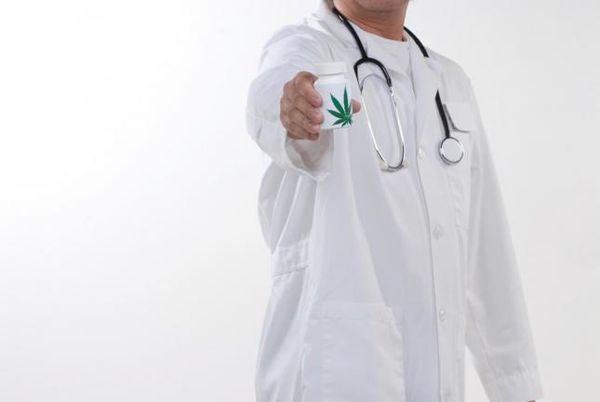 It is true that THC, the main component of cannabis, can sometimes provoke a psychoactive effect that is too strong and which equates to an altered sense of perception, anxiety, tachycardia and even, in some extreme cases, temporary memory loss.

Nevertheless, a rule cannot be established, in other words, there are so many factors that have an impact on the effect of marijuana consumption on an individual, from the size of the dose taken to the type of cannabis, the physical and mental condition of the user at that time, or even the way that the substance is consumed (smoked, ingested, with a vaporizer). All of these factors mean that the effects of cannabis are very subjective and vary from person to person, the time of consumption or the conditions.

You start with one joint and you end up worse off

Marijuana as the "starting point" for consuming other drugs is a topic that is widely debated and which presents certain inconsistencies that make it difficult to define. The relation between cannabis and other drugs like cocaine, ecstasy and heroin has been the subject of several scientific studies. Some of them have determined that the exposure to cannabinoids during adolescence may cause the individual to have a lessened reaction to dopamine in the brain's centre of gratification when they are adults, which is a process called "cross-sensitization". In short, these studies indicate that the use of marijuana during adolescence could increase the possibilities that the individual goes on to use other types of drugs in the future.

Nevertheless, it should be highlighted that this phenomenon is also associated with the consumption of other substances like alcohol and tobacco, therefore "cross-sensitization" cannot be exclusively linked with the consumption of cannabis. This is a rather vague matter, as the social and psychological factors for each individual play a critical role in the risk of drug use. For now, it is necessary that more investigations are conducted to explore this matter.