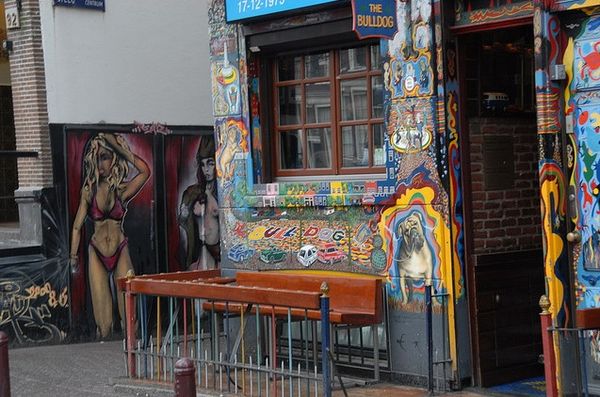 So, if you're thinking about taking a trip and don't want to worry about what you're going to smoke at your destination - and that includes those smashed buds stuffed into the corners of the backpack you were surely planning on taking - or you don't want to spend your whole stay, wherever you go, jamming towels under the door so the smoke doesn't give you away, you cannot pass up the cities where you can find the best material to roll some joints and smoke them as you like..

The canals of this beautiful port city on the North Sea are thoroughly permeated with the smell and flavour of grass - as almost 40 years ago they legalized its use. Although its sale to tourists has been on the verge of prohibition in recent years, it is still legal for foreigners to smoke some joints in a cozy coffee shop. That, and the thriving pot-smoking culture of this waterside city, keep it at the top of the podium when it comes to cannabis. 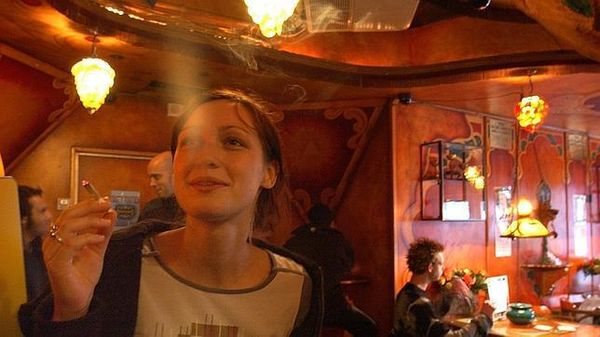 A woman enjoying a joint at a coffee shop in Amsterdam.

Denver (USA): the capital of the new THC-friendly state

In Denver, the capital of Colorado, which, along with Washington State, are the two areas where marijuana for recreational purposes is legal in the United States, all you have to do is step off the plane to fully delve into the world of THC. Upon your arrival there will be a van waiting for you, packed with joints, to begin a smoker's tour of the city, taking you on a whirlwind tour of its pot plantations and stores. When you finally reach your hotel make sure you get a room in the zones for cannabis smokers, offered at many of the city's tourist establishments. If you manage to later get out on the street, you must visit the shops in the district known as "little Amsterdam," featuring all kinds of businesses related to marijuana, from restaurants whose main ingredient is weed, to bars serving cocktails with cannabinoid extracts, to clinics that will delight even the most discriminating smoker. 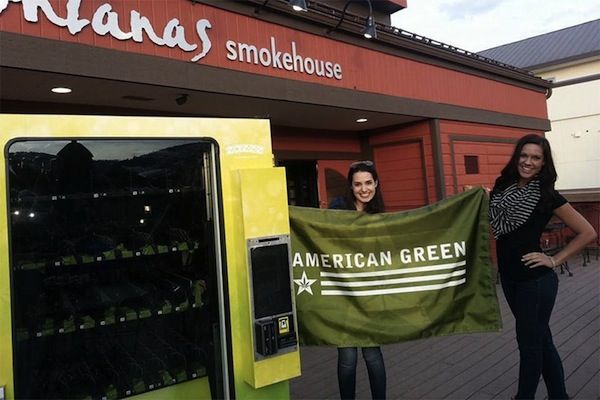 Avon, the Colorado town in which the world's first marijuana vending machine was installed.

Barcelona (Spain): the "new Amsterdam," with its more than 200 smoking clubs

Barcelona boasts 200 cannabis clubs, almost half of those in Spain, which means it has about the same number (taking into account the evident differences in style) as Amsterdam and its coffee shops. Marijuana has staked out a place in the daily lives of the people in Barcelona, and it shows: pedestrians walk slower and smile more, and there seems to be a silent revolution underway. The fact is that Barcelona is becoming more and more grass-friendly. While possession is still technically illegal, as it is consumption in public, residents can enjoy a wide selection of clubs in which to legally enjoy their favourite varieties. 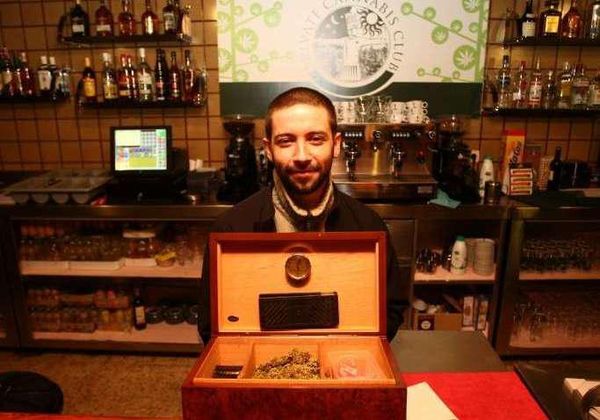 A cannabis club employee proudly shows a box with the varieties offered at his establishment.

The capital of Nepal, Kathmandu, is a genuine haven for grass smokers, who come here from all over the world. Nestled in a deep valley in the middle of the Himalayas and surrounded by lush and wild nature, it is an oasis for cannabis consumers due to its gentle people and the hashish that lines its avenues. Although marijuana and its derivatives are not legal - although they were until 1973 - it is virtually as if they were, and you won't have any trouble if you only carry small amounts and are discreet. On the streets you can find everything from delicious pressed hashish and a cheerful high, to the intense and mystical trip provided by "Nepalese Temple Balls," as they call the large spheres of resin-rich hashish grown in the mountains there.

The blue city of Chefchaouen, in Morocco, is the unveiled face and the social epicentre of Morocco's hashish industry, which flourishes in the nearby mountains of the Rif Valley. In the mountain range work some 80,000 people, making this North African country the world's main exporter of hashish. If you decide to go up into the mountains, and they accept you, you'll have the chance to participate in the harvest and see incredible things, like how some collectors dry resin in a room until it is hard and uniform as if it were a kind of tile floor composed a large sheet of hash, which protects the material from the area's high temperatures. Enjoy it if you go, but don't get carried away: in Morocco the possession of small amounts is not prosecuted in the north, like in the Rif Valley, but if you try to pull something like the Midnight Express you could get into big trouble.

Preparing for the drying: marijuana growers' house in the Rif Valley after the harvest.

The capital of the pro-cannabis Republic of Uruguay will be at the centre of whatever happens henceforth in this, the first country to totally legalize marijuana and its by-products. This quiet city located along the River Plate has been thrown into the spotlight in the cannabis debate, as the capital of the first country to fully legalize marihuana. What will happen now? Will it become a pot smoker's paradise? Or a place where cannabis is overregulated to line the state's coffers? What is clear is that much of the Uruguayan experience will serve as an example, impacting other countries and their drug policy decisions. At this time anyone can walk down the street or sit down in a café in Montevideo and light up a joint without a worry or a care: it is already legal there. 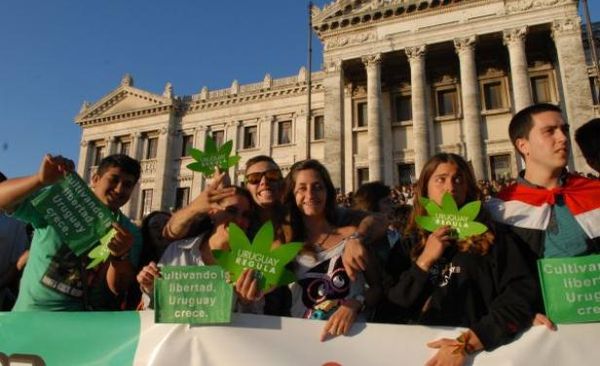 A group of Uruguayan pro-cannabis activists at a march in favour of legalization.

Prague (Czech Republic):good smoke wafts over from the East

Good vibes are emanating from the Czech Republic for cannabis lovers, as the green revolution spreads around the world. Prague is emerging as a city that all tokers ought to mark with a thumbtack on their cannabis world maps. The city's 400,000 pot smokers, in a city of only 1.2 million people, have turned the capital of the permissive Czech Republic into an international social epicentre for marijuana lovers. Bars where one can smoke without any problems or hassles, widespread social acceptance of cannabis, and legislation that allows one to carry up to 15 grams of marijuana and 5 grams of hashish, make the "golden city" an attractive destination for consumers of grass from around the world. 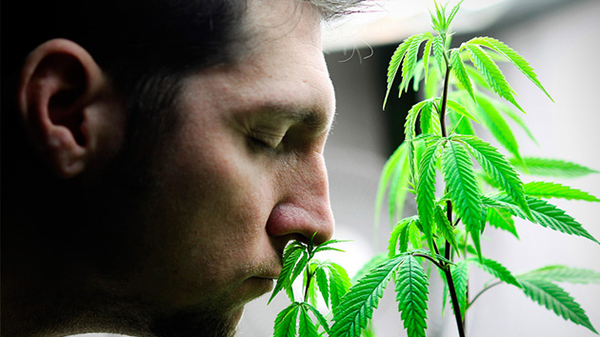 A Czech man takes a break to stop and smell a budding marijuana plant.

Vancouver (Canada): the centre of the pro-legalization movement

This Canadian city has earned its title as the epicentre of the struggle in favour of cannabis legalization. Here people can frequently be seen smoking joints in squares, parks, and on the beaches of this capital of the pro-legalization movement. While its recreational use is still prohibited (medicinal use is legal), in this coastal British Columbia city there are numerous establishments in which smoking pot is allowed, such as the famous New Amsterdam bar. Moreover, this is the world headquarters of the Global Marijuana March, and boasts a political party that is as green as grass, subtly dubbed the Marijuana Party, headed up by Marc Emery, a.k.a. "The Prince of Pot." 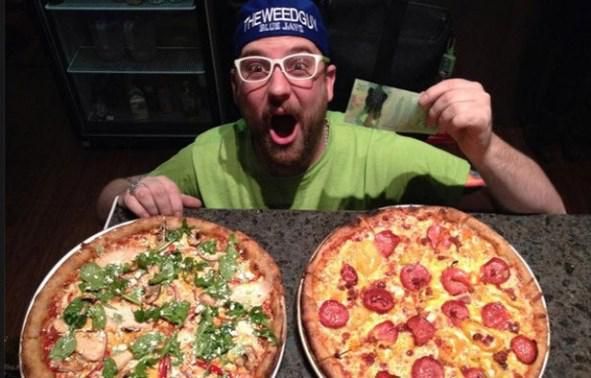 One Vancouver restaurant even offers pizza made with marijuana

Varanasi (India): Charas, mysticism and collective madness in the North of India

This city in Northern India is sacred to the Hindus, who consider it to be the abode of the god Shiva, mythologically speaking, every bit the toker, so its streets are teeming with all kinds of Charas produced in the small, nearby villages of the Himalayan foothills. But don't be fooled: if you get there and see everyone smoking, even the "holy men" exhaling a veritable cloud from their mouths, early in the morning, don't get carried away because in India it is illegal to smoke cannabis, and even punished with incarceration. In Varanasi, in the north, however, enforcement is lax because of its status as the holy city of a toker god, and if you're careful – checking first with hotel management, for example - you can spice up your visit with one of the best hashes in the world. 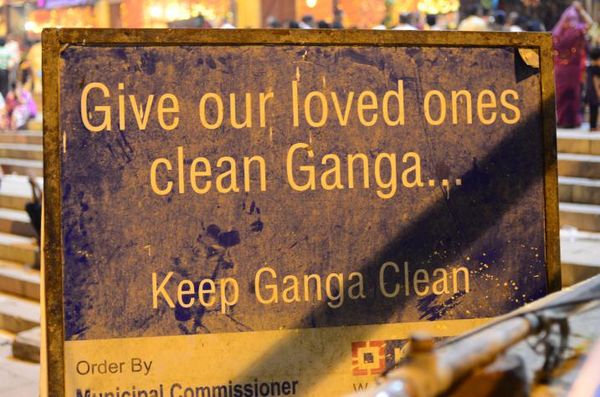 Lazarat is a small village located to the south of Tirana, the capital of Albania, eight km from the border with Greece. It went unnoticed for years, but it has now gained fame as a pot-producing powerhouse for millions. 5,000 people live there, and each year it manages to produce 900 tons of weed. Even though cannabis is illegal in Albania, any toker will have a ball in this village, which is kind of like the legendary El Dorado, only in green. 90% of this marijuana town's inhabitants are engaged in the production of grass, and we hope it stays that way for many years! 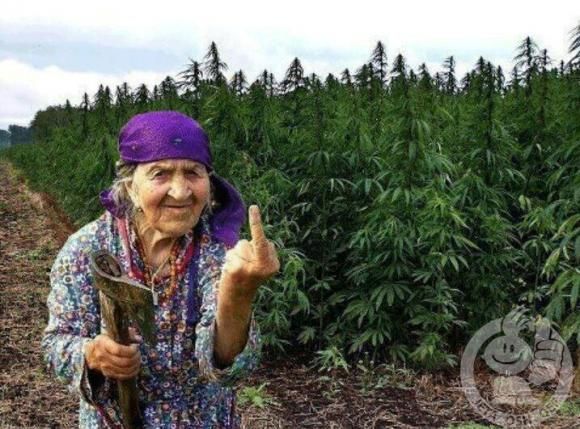 An elderly Albanian grower, expressing her opinion on the government's plans to destroy the plantations in Lazarat.

Negril (Jamaica):smoking at what was Bob Marley's house

It is no coincidence that reggae was born in Jamaica. Surely its beaches, turquoise waters and white sands, as well as its traditional cultivation of ganja had a lot to do with the rise of this musical genre, characterized by its positive vibrations. And it is there, in Negril, the city that saw the birth of Bob Marley, where thousands of potheads flock each year to enjoy the Caribbean landscape and the magnificent varieties of grass that grow in its hidden plantations - which can still be reached on different tourism tours. Although marijuana has been illegal in Jamaica since 1913, it is widely tolerated in public and tourists tend to enjoy certain impunity due to their importance as the region's economic lifeblood. 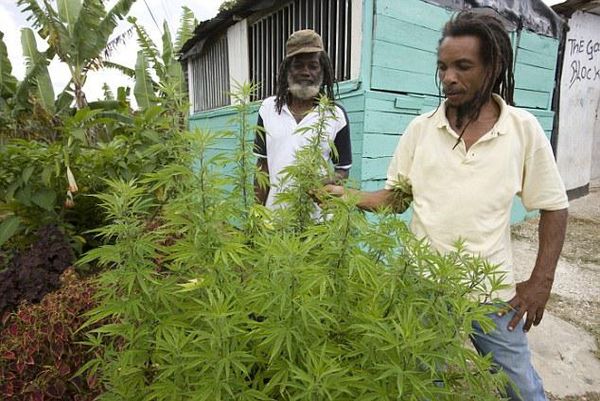 Two Jamaican growers observe their precious plants in the city of Negril.

This riverside city in Laos, one of the poorest countries in Southeast Asia, was a strategic point for travellers who went in search of a strain of cannabis sativa, a variety with slender stems and thin, light-green coloured leaves, that flourishes in the jungles and mountains of this country on the Indochinese Peninsula. It is illegal to smoke in Laos, but tourists tend to get a "pass," provided that they carry small quantities - as it is often the case in Asian countries, although not all. This small jungle city found along the Nam Song River, surrounded by a limestone plateau landscape, was a traditional hippie enclave which has recently received an increasing influx of tourists, turning it into a mass leisure destination, thanks in part to the high quality and low prices of its marijuana.

Computer graphic illustrating the degree of each country's cannabis tolerance. 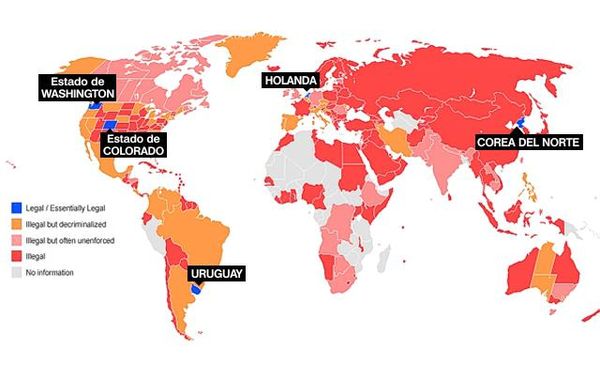