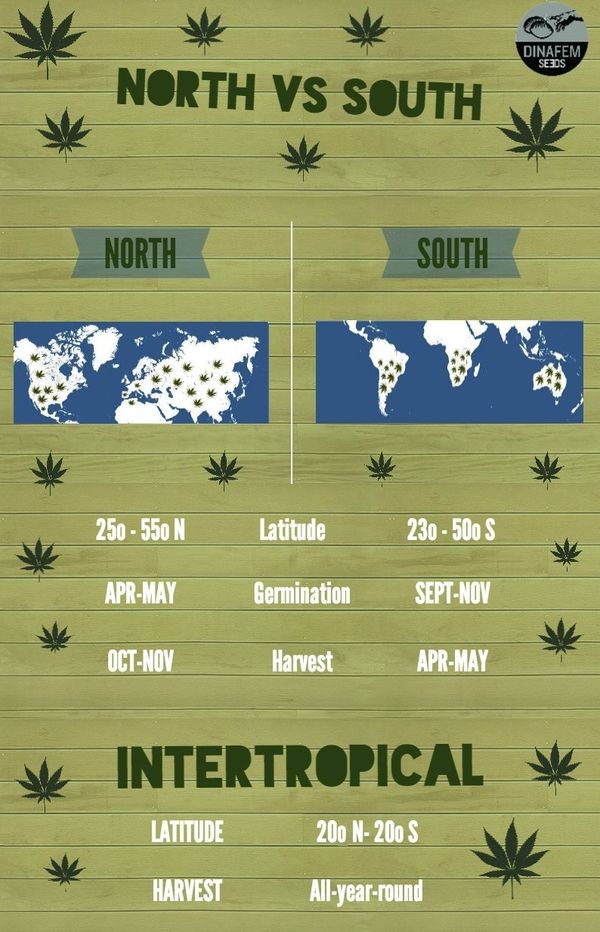 Cannabis is a plant that depends on the photoperiod for its developmental cycle, i.e., it depends on the hours of light. It is also a seasonal plant and needs favourable temperature conditions to grow. In the northern hemisphere, the longest day of the year (summer solstice) is June 23rd. From that moment on, the hours of light decrease until December 23rd (winter solstice), increasing darkness. On the other hand, below 25º of latitude, the climate becomes tropical, and above 50º, it is too cold.

The best time to plant is generally from the end of April to the end of May. But, of course, it depends on the strain, the altitude, frost and rain. For example, to get a big harvest from an indica, it is good to plant early, while taking care that it is not affected by adverse weather. A greenhouse or mini-greenhouse usually works well. Sativas take longer to bud (some end their cycle in December), so you can plant them a little later to be safe. Autoflowering seeds are good to plant in June or July, so they can take advantage of the best conditions, since they don't depend on hours of light to flower. Harvest time generically shifts between September, October and November.

The southern hemisphere is a mirror of the north or vice versa. The longest day of the year is December 23rd and the shortest day is June 23rd. Above 25 degrees latitude, the climate becomes very tropical and below 50º, it's really cold. As in the northern hemisphere, cannabis cultivation depends on the photoperiod and the seasons.

If you want to get earlier results, you can plant in September but be cautious with the temperature and frosts. If you are planting sativa and you don't want them to grow very tall, you can wait until December. Harvest time shifts between March, April and May – precisely the time to plant up here. 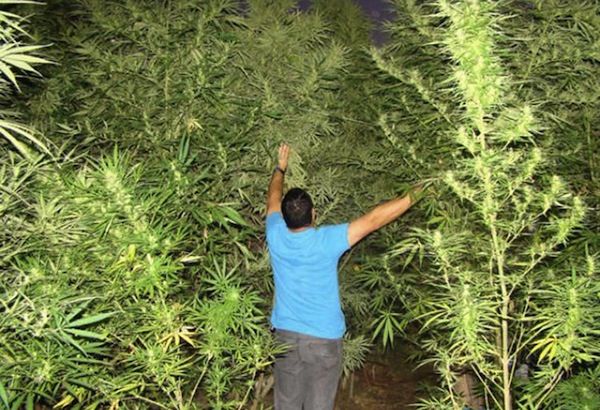 In this strip between both tropics, the variation of temperature and light (12 hours of sun per 12 of dark) is minimal, so the plants don't need a change in the photoperiod to flower, but they rather do so when they reach maturity. Tropical sativas are species that originate from this region and take between 2 and 3 months to activate their sexual process. In the next two months, or first months of flowering, they stretch considerably and in the last two - or four (yes, they take a long time to bud) - they flower in force.

You should consider the periods of drought and rain typical of these equatorial zones to choose your harvest month well. Direct rain is not good for the plants in the flowering phase. A translucent cover can do the trick. Indica strains do not grow with the same vigour in intertropical zones.