Because of reasons like the plant being illegal almost everywhere on the continent and poor economic conditions afflicting many of its countries, the African cannabis market is often overlooked by the wider industry. Yet, thanks to its large population and its favourable climate, which make cultivation easier than in neighbouring Europe, Africa has the potential to become a major market for medical cannabis in the long run.

A report by the consultancy firm Prohibition Partners found that the African cannabis market could exceed $7.1b by 2023, with most of the profit being generated by recreational cannabis – with some 420,000 patients and profits of about $800m, production for medical purposes represents only a small portion of the market.

The UN estimates that annual production in Africa stands at 38,000 tonnes, in what is a highly lucrative black market. In Morocco alone, the underground industry is valued at $10b and is thought to employ 800,000 people, according to the Moroccan Network for the Industrial and Medical Use of Cannabis, as cited by Prohibition Partners.

Of Africa's 54 countries, only three – i.e. Lesotho, South Africa and Zimbabwe – allow the use of medical cannabis. Meanwhile, a bill on the subject is awaiting approval in Zambia, while in Malawi the legalisation of therapeutic cannabis is being considered as a way to counter losses from the tobacco industry, the country's main source of revenue before it went into decline due to anti-smoking campaigns.

No African country, however, has yet adopted clear legislation allowing recreational cannabis. In South Africa, for instance, recreational use is not permitted, but home cultivation and private use have been decriminalised. Something similar to what happens in Egypt, where recreational use is illicit but largely tolerated. In Morocco, too, there is a tendency to look the other way even if both medical and recreational cannabis remain illegal, while in countries like Ghana and Nigeria, cannabis is grown illegally yet massively, with most of the produce being exported to neighbouring countries. 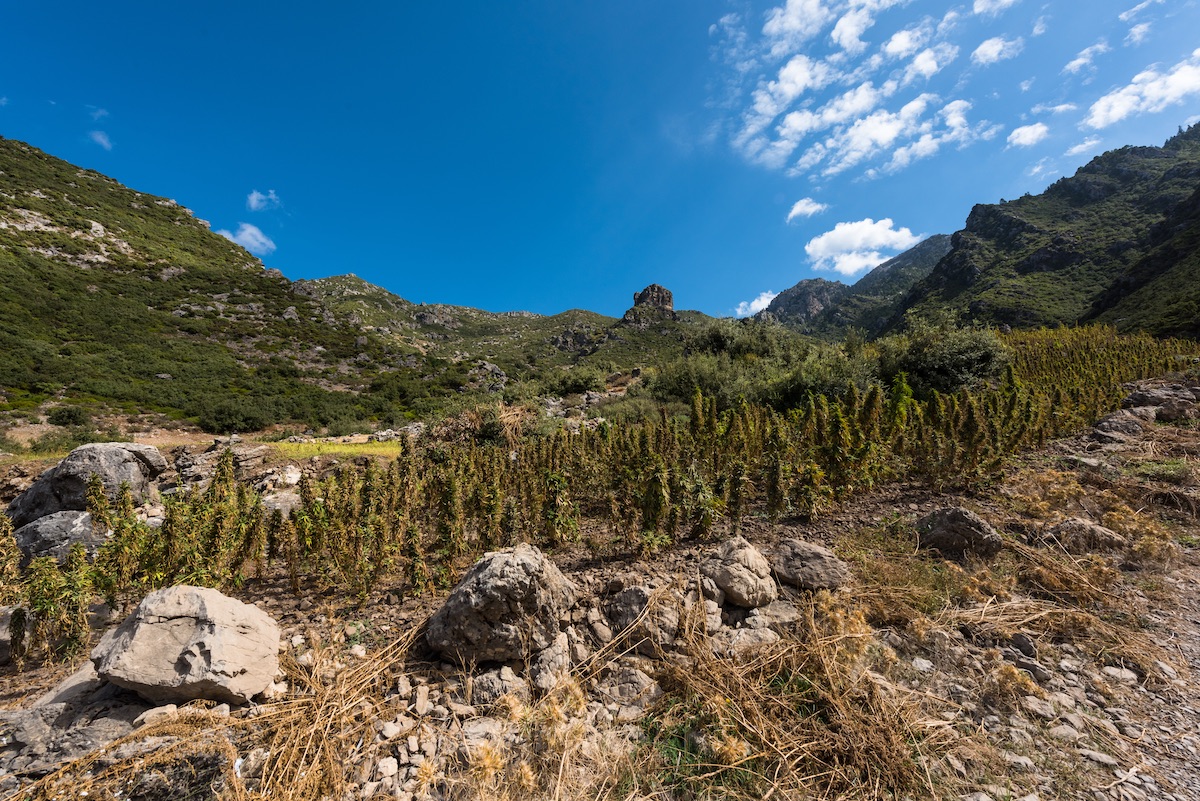 Still, winds of change are coming and they blow from the south: In Lesotho, a small landlocked, mountainous country that enjoys exceptional climatic, soil and water conditions, cannabis growing has been legal for a couple of years now.

A constitutional monarchy with a population of 2 million, Lesotho is an enclaved country completely surrounded by South Africa. With a long tradition of cannabis growing, nearly 70 per cent of the South African market is supplied by imports from Lesotho, a country that has attracted the interest of foreign investors thanks to the wonderful export opportunities it offers.

In Morocco alone, the underground industry is valued at $10b and is thought to employ 800,000 people

In 2017, the Kingdom of Lesotho became the first African country to legalise the cultivation and export of medical cannabis, allowing many clandestine growers to go legal. Building on the interest of international companies in low-cost labour, as well as on the government's cannabis export facilitation measures, Lesotho is aiming at leveraging the first-mover advantage in order to boost local employment and foreign investment.

The first move in this direction was the awarding of a first batch of licenses in 2018. This was followed by a series of acquisitions that allowed various international companies to start growing in the country.

That being so, and aided by propitious geo-climatic conditions – i.e. high altitude, low humidity and sunny wheatear – as well as by a favourable socio-economic situation – political stability, pro-cannabis policies and an experienced workforce – Lesotho could soon become one of the world's largest exporters of cannabinoids. 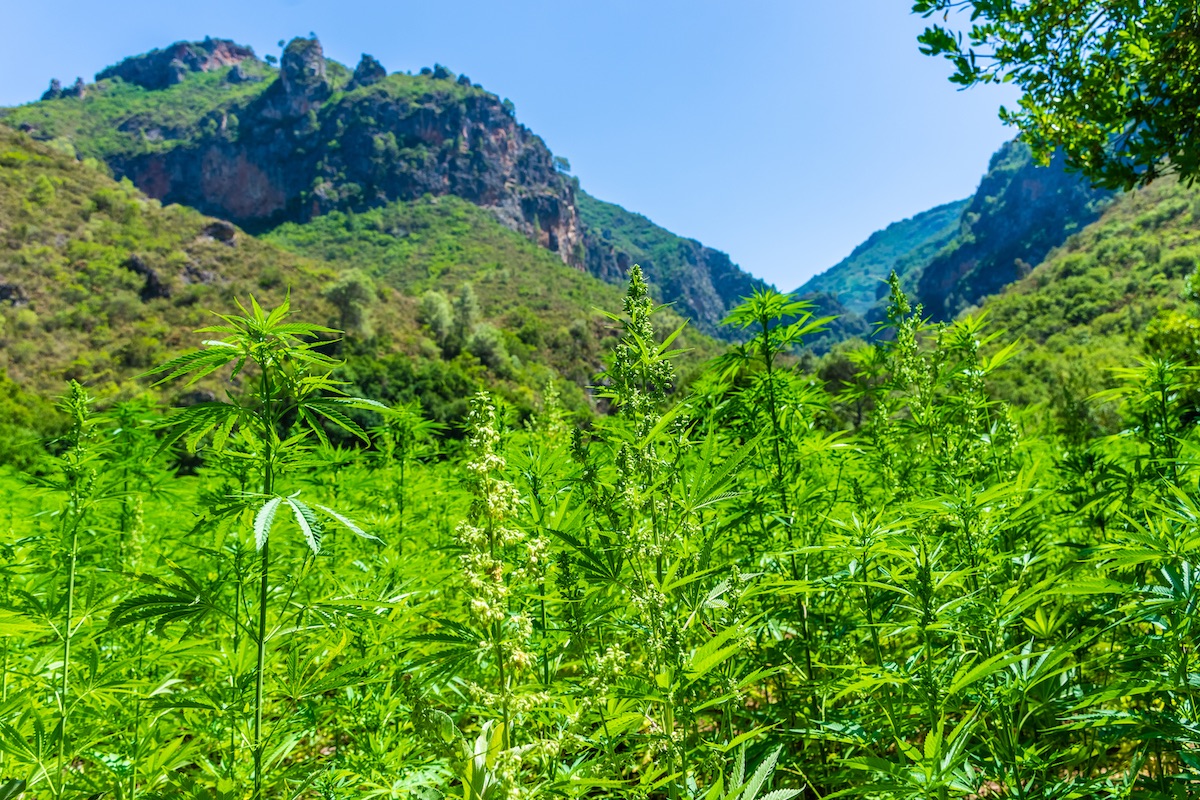 In April 2018, Zimbabwe became the second African country to legalise cannabis for medical and scientific purposes in hopes of fostering an industry that could generate billions for the country. The Health minister announced that both individuals and companies would be able to apply for five-year cannabis growing, transport and sale licenses, with the restriction that all imports and exports would need to travel through Robert Mugabe International Airport.

Only two months after the announcement, however, the licensing process was halted after the government received over 350 applications with widely differing estimates on the hectares of land needed as well as on expected profits.

Now the process is back on track, and 37 licenses are awaiting approval. Only last May, the multinational Ivory Medical was awarded a license to set up the country's first legal cannabis production plant. For security reasons, Ivory chose a 10-hectare piece of land located at a prison, and has announced plans to lease another 80 hectares in the future.

While legislation changes in Zimbabwe are still in their infancy, the granting of the country's first medical cannabis license provides a great opportunity for the government to demonstrate how beneficial cannabis can be both for health and for local economies – which could in turn mean a better future for Zimbabweans.

Contrary to Zimbabwe, South Africa is mainly targeting the domestic market, supported by a population of 60 million. South Africa legalised cannabis home growing and private use, as well as medical cannabis, in February 2017, but it was not until earlier this year that the first licenses were awarded.

CBD products were already available for purchase before passing of the new legislation, but most of them were sold outside legal channels. Now, thanks to a recent change to the Medicines Act, South Africa has positioned itself as the first African nation to establish a non-prescription CBD market that is fully approved by the government.

In South Africa, recreational cannabis is not permitted, but home cultivation and private use have been decriminalised

Until recently, CDB fell under schedule 7 of the Medicines Act, which includes substances like heroine. Last 23 May, however, the Health Department made a U-turn by announcing CBD had been reclassified under schedule 4, joining prescription drugs. As part of the announcement, the Health minister also said CBD products containing a maximum daily dose of 20 mg were no longer regulated by the Medicines Act.

Put another way, CBD products containing no more than 20 mg of CBD are now considered OTC products that can be sold without restriction in pharmacies, shops and other outlets.

Products containing a daily dose of more than 20 mg of CBD remain controlled substances under schedule for 4 and are only available on prescription at pharmacies.

This change has very positive implications for CBD providers operating in the food and beverages industry, as it opens up opportunities for selling CBD-infused edibles and alcoholic drinks.

In a wait and see approach, the exemption on CBD will be valid for a year, which should be enough time for the government to assess the impact of the measure before taking a definite position.

This recent change to the legal status of CBD, together with the awarding of the first three medical cannabis growing licenses earlier this year, is a clear sign that the way cannabis is perceived in South Africa is changing, hopefully creating the conditions for the short-term expansion of the medical market.