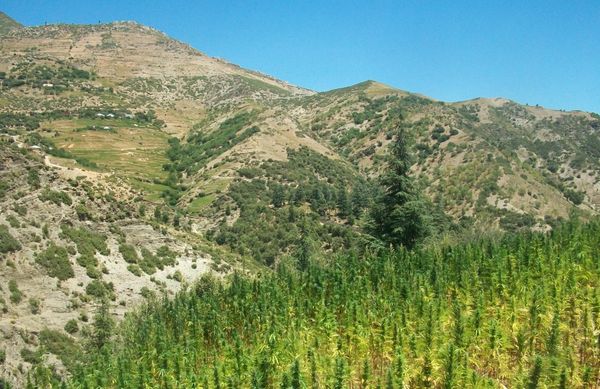 A few weeks ago the Secretary-General of the party Istiqlal, Hamid Chabat, called for the "absolute legalisation" of cannabis in Morocco and reflection on the applications that the plant could offer the pharmaceutical industry, stating that that close to 80,000 cannabis growers are out on bail and running the risk of landing back in prison any second due to their involvement in cannabis cultivation, while "those that launder the money and the corrupt operate with impunity."

This is not the first time that a politician or group in Morocco has spoken out in favour of legalisation. In mid-2013, several Moroccan groups presented a bill before Parliament to legalise cannabis cultivation. The measure was sent to each parliamentary group, in the hope that at least three political parties would support it.

It was at the end of 2014 when two parties lent that support: Istiqlal and the PAM (Authenticity and Modernity Party), which presented before the Parliament in Rabat their respective bills to demand the legalisation of marijuana growing for therapeutic and industrial aims, and amnesty for the thousands of jailed growers.

Istiqlal proposed that the cannabis cultivation be limited to five regions (Alhucemas, Chaouen, Tetuán, Taounate and Ouezzane), all in the north of the country. It also advised that a state agency oversee the production and commercialisation of the cannabis.

The PAM decided to support the proposal in order to fight the drug trafficking organisations that control the work of the growers and almost the entire cannabis business in the country. "This situation only generates stress and problems for the farmers," explained to Dinafem Chakif Alkhayari, an activist who currently coordinates the Moroccan Group for the Medical and Industrial Use of Cannabis. 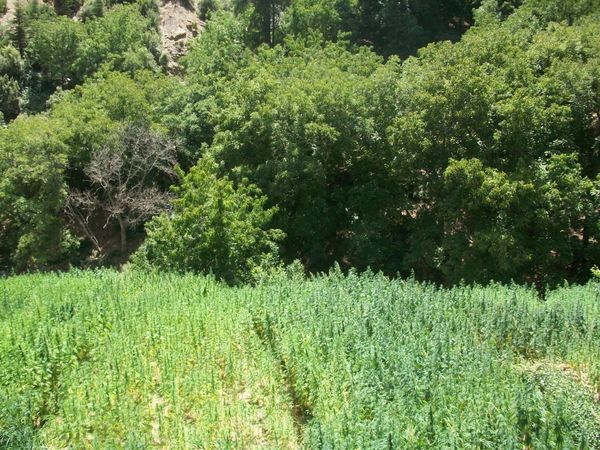 The political interest in this issue is understandable, as nearly a million people make their livings off the cultivation of this plant in the country, especially in the region of Ketama and Chefchaouen, where the fields, covered in a thick blanket of green, represent 30% of total cannabis production. In 2013 the Moroccan government reported the existence of 47,196 hectares dedicated to cannabis cultivation, while some observers claim that the actual figure could easily be twice that.

According to the annual report by the UN Office on Drugs and Crime (ONODC), in 2015 Morocco stands as the world's leading producer of cannabis resin; nearly 116 tonnes of cannabis seized by international Customs last year - 65% of the total - came from the North African nation. This illegal activity represents 10% of the country's GDP and is worth 114 billion dirhams per year (about 11 billion euros), according to a 2014 report by the International Narcotics Control Board (INCB). Although this production has recently dipped a bit, Morocco remains above countries like Afghanistan and Jamaica; together the two produce approximately 12,000 tons of hashish, but this figure pales in comparison to Morocco's production: 38,000 tons per year.

Where does all that hashish end up? Although Spain and the rest of Europe are still the leading markets and consumers of cannabis, many tons are now increasingly being secretly re-routed on Moroccan fishing boats to Egypt, according to the report, to meet the increasing demand produced by the closing of borders and the military conflicts in the Middle East.

This makes marijuana the country's "green gold," as defined by Charif Adardak, president of the Association of Rif Senhaja Amazighs, who has been defending growers' right for years. A gold that, however, barely allows its growers to subsist, as a result of its illegality and drug trafficking. They manage to eke out a living on just 3,600 euros, gross, per family each year. The main cannabis cultivation areas in Morocco are located in the region of the Rif Valley, one of the country's poorest, where the growers who cultivate hashish earn less than half the revenue it generates. Cannabis is sold unprocessed by small-scale farmers for 50 dirhams per kilo (about 5 euros), whereas the sale price of cannabis resin stands at around 4,000 dirhams per kilo.

A 1974 law expressly prohibited cannabis cultivation and possession, operations and trade in the plant. Recently, as a result of pressure exerted by the European Unión (UE), especially after it granted the country an advanced statute, everything related to marijuana continues to be illegal. After decades of conformity, in 2008 a group of university professors, lawyers and human rights called for a public debate on its legalisation for "positive uses."

Among those who signed the petition was Alkhayari, who considers legalisation in the country "very necessary," especially to protect growers. 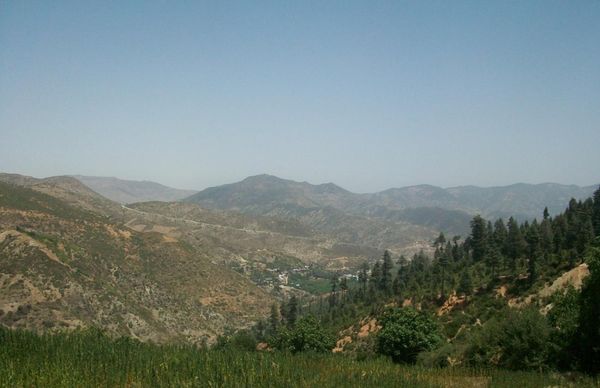 Growers, trapped between illegality and necessity

There are many growers who sink into poverty when they are not able to continue cultivating cannabis on their land, "which generates suffering and aggravates the plight of their families," according to Adardak. In addition, almost 25% of prisoners in the country (about 15,000) are incarcerated for crimes related to drug trafficking.

Adardak adds that most of the growers in Moroccan jails were arrested based on anonymous tips. In "the country of hashish," as it defines itself, it is enough for a grower to be accused "for the police to arrest him" - even when his neighbour is also a grower, and will never be arrested.

He believes that there are many factors in play: revenge, fights between farmers and traffickers, while some authorities use secrecy "as a way of blackmailing growers." 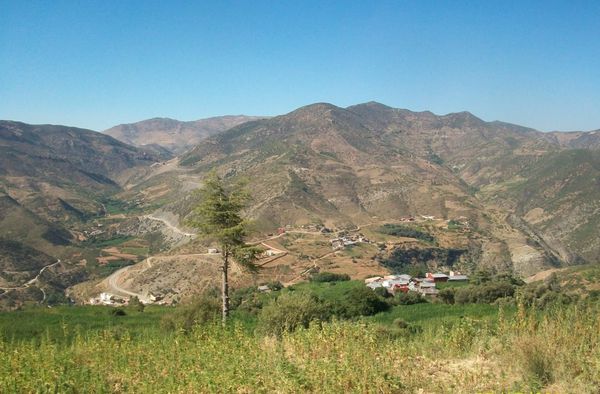 The fact that many growers are in prison is due not only to the country's laws, since, according to Adardak, "many of the political parties benefit directly" from cannabis. He explains that for decades some political groups have "exploited" growers by buying their votes "under the threat of arrests for having cultivated."

The activist believes that that situation of illegality ends up favouring parties that know that "the farmers are a good asset to get votes." These parties, in addition, finance their campaigns with money obtained from the crops. "These growers are even forced to hide their fear and suffering, lest they be detected and arrested."

Adardak fears that legalisation could end up harming growers. "If the plantations are transferred to areas featuring better conditions," he explains, "it will mean that a million people lose their livings." Thus, his association is cautious, and does not call for the decriminalisation of consumption. What they would like to see is a general amnesty for growers arrested for cultivating cannabis, and an end to its criminalisation.

"Without formal and credible studies" on cannabis, "nobody has the right to say if legalisation is good or not," affirms Adardak. Although in Morocco there have been no scientific studies carried out on the potential impact of legalisation, "they have been working on this for a few months now, and we are waiting for the results."

There is not, however, any immediate solution to the problem. In a stunning and surprising country, the State consents to the cannabis cultivation because many of the big fish in the business–according to several sources, including documents revealed by Wikileaks–occupy top positions in the nation. Moreover, the policy praised by the European Union (and initially accepted by the Kingdom of Morocco) to shift from cannabis crops to other agricultural products, has been a complete failure; almost all of the growers continue to cultivate cannabis, while the authorities look the other way. As long as the real alternatives for growers cannot compete with what the mafias can offer them, Morocco will continue to be the world's leading producer of hashish for many years to come. 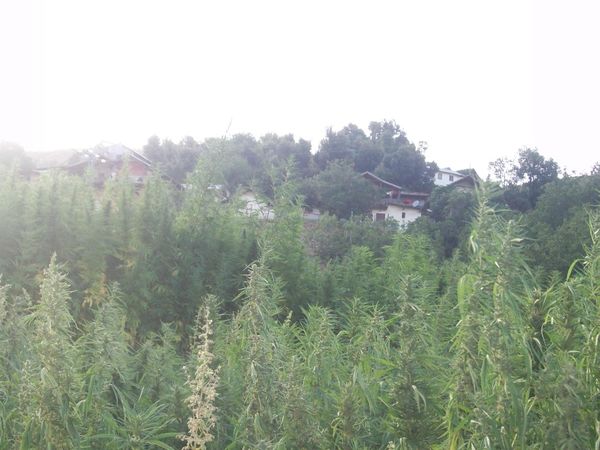