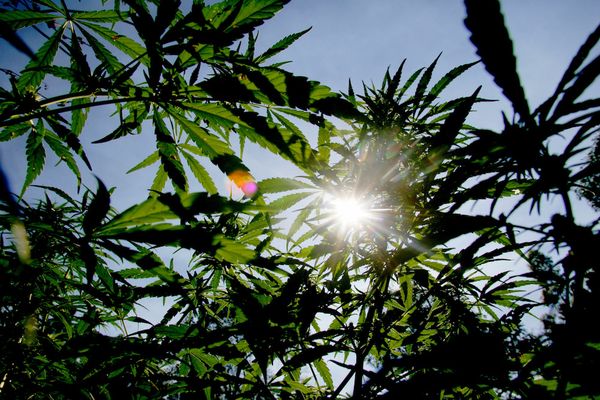 Although there are regions of the globe that are usually excluded from the media spotlight, this does not mean that nothing ever happens in them. In fact, there are many in these places fighting for the decriminalisation of cannabis, such as southern Africa. Thus, while the media almost invariably reports only bad news on places like South Africa and Zambia, in these countries supporters of the plant's cultivation and medical use are making progress, just like in the Americas and Europe. And they are managing to take important steps forward.

The African country that most recently has addressed this issue is South Africa. The Parliament of the country, located on the continent's southernmost tip, has given the green light to new rules to legalise both the cultivation and consumption of oil (dagga, as it is known there) for medical purposes. All this came thanks to the efforts of the late MP Mario Oriani-Ambrosini, of the Inkatha Freedom Party (IFP), who in his later years waged a fight against lung cancer and all those who opposed offering cannabis oil to patients who needed it.

It was he who in 2014 spearheaded the Parliament's Medical Innovation Bill, a reform measure that addressed the need to legalise cannabis for medical purposes. After the arduous campaign that he waged, the current leaders of the Inkatha Freedom Party have not hesitated to credit him with the victory entailed by the new measures to take effect next year.

"Thousands of patients are already using cannabis oil, which is very expensive, and we wanted it to be freely accessible so that all patients at hospitals could access it without the exorbitant costs involved. Patients should have the freedom to choose," said Narend Singh, an IFP MP.

From "prohibited substance" to "prescription medicine"

Today the legislative framework of South Africa (a country in which many landraces are grown; that is, pure strains that have not been crossed) allows cannabis consumption for therapeutic use, but under very strict guidelines. Without going any further, in addition to its high price, patients must ask for permission from the country's Medicines Control Council, which determines whether circumstances warrant its use under medical supervision. Although there are still loose ends to tie up, the new laws will serve to raise awareness amongst medical personnel, and spur them to shed their prejudices against cannabis.

Still, cannabis cultivation and distribution in South Africa continues to draw close scrutiny. In rural areas along the Indian Ocean, especially on the outskirts of the coastal city of Durban, police helicopters, provided by the United States, fly over at harvest time and spray cannabis plants with chemicals to destroy them, also affecting the health of their growers. According to UN reports, South African security forces seize almost 40% of all the plant confiscated on the African continent.

Inkatha Freedom Party leaders seem willing to go a step further. Not content with the new guidelines that the country's Medicines Control Council has announced, to include cannabis on the list of Class-6 products (that is, products that may be prescribed, when formerly it was a Class-7, or prohibited substance), they announced that they will strive to also get the recreational use of cannabis approved. Will they succeed? Although we are confident that they will prevail, only time will tell.

Swaziland is a tiny country situated between South Africa and Mozambique. Despite its small size, it has more hectares of land dedicated to cannabis cultivation than many countries, including India. It is also home to Swazi Gold, a legendary Sativa landrace highly sought-after in the UK and the Netherlands for its powerful effect.

The money from the cultivation of this strain is used to meet the immediate needs of the poorest households, especially in remote areas of the country where markets for other crops are remote. In an area where corn production has been declining steadily over the last decade, which has led to a persistent food crisis, it is estimated that about 70% of small farmers in the Hhohho region grow cannabis, or 'insangu' (in the Swazi language). 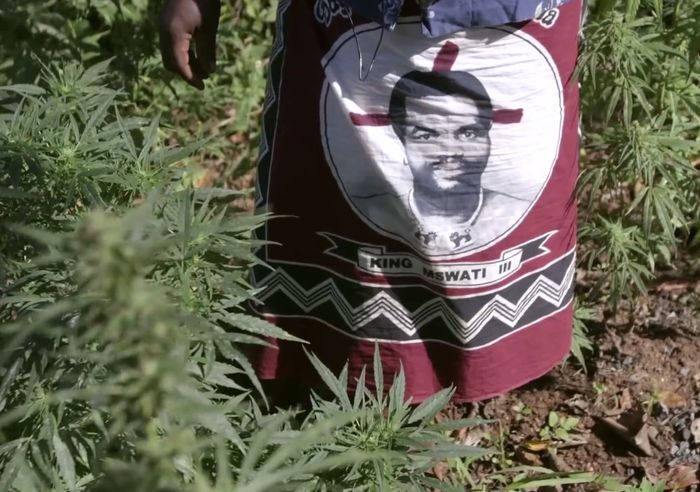 Although it is illegal to grow and sell cannabis in Swaziland, the surging global demand means that the profits outweigh the risks. As a result, over the last decade this country has become one of the world's leading suppliers of cannabis, which is smuggled through South Africa and Mozambique to ships bound for Europe.

In fact, its growers – many of them older women whose children have died of AIDS and who are now caring for their grandchildren – have developed other potent strains of the plant through cross-pollination, such that now they produce annual crops twice as big as they once did. Although Swaziland has a climate and soil that makes possible several harvests a year, the country's leaders (Africa's last absolute monarchy) are not considering the legalisation of cannabis, and have not even conducted studies to determine whether it has the potential to become an economically viable crop.

Zambia, another country at the forefront

Zambia is also making significant progress with regards to cannabis. A few days ago the country's Interior Minister, Stephen Kampyongo, announced the regulation of the plant's cultivation for therapeutic purposes. Those citizens who want to cultivate it must apply for a license from the Ministry of Health, without which growing it is considered a crime.

This initiative succeeded after Aaron Mujajati, President of the Medical Association of Zambia, proposed the measure before the country's authorities. "When will we be able to have an open and objective assessment of the process to acquire marijuana grown at home? Medical marijuana works," said Mujajati on his Facebook profile. Zambian doctors have praised the benefits of cannabis for the treatment of pain in patients with cancer and epilepsy, and to improve patients' appetites.

Now that the Executive's proposal is on the table, it is now time for doctors to show the country the plant's benefits. The Government will also publish a series of standards and guidelines to orient people who want to engage in cultivation. Since the consumption of cannabis for other purposes is still banned in Zambia, some standards must be set, and how the harvest is to be obtained must be agreed to.

Meanwhile, Peter Sinkamba, president of the Green Party of Zambia, believes that cannabis could bring in some 36 billion dollars a year into the country's coffers (33.898 billion euros). To this end, he proposes cultivation in fields managed by the State. 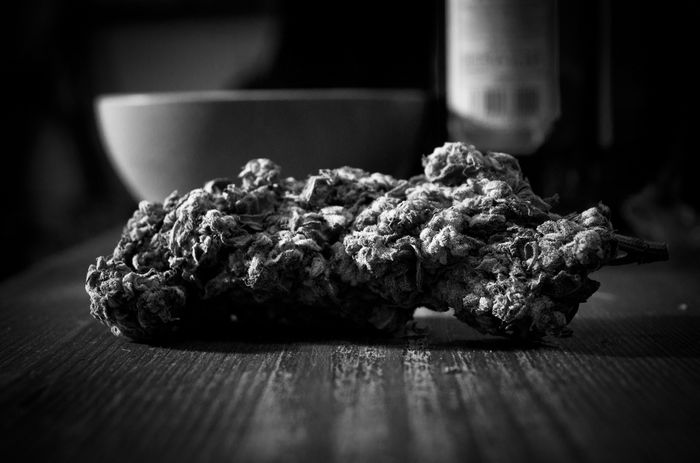 In the small country of Malawi authorities have spotted a golden opportunity in the production of industrial hemp, which they believe will boost the country's economy. To do so, they have invested 10 million dollars (9.4 million euros). Invegrow, the local company behind the initiative, says that this crop will constitute an opportunity to diversify exports, which rely heavily on tobacco (up to 70% of the total) and, thus, the country's economy.

However, the cultivation and sale of cannabis Sativa are still prohibited, although people have long supported its regulation. Back in 2000 Rastafarians were already asserting their right to consume it. Ironically, one of the world's most famous strains, Malawi Gold, comes from here, considered one of the most potent Sativas on Earth. These plants grow tall and strong, with plenty of branches, thin flowers, and amber buds. Their fragrance is evocative of pineapple, lemon and incense, with spicy touches. In Malawi it is smoked, but also consumed in teas, and often enjoyed as part of tribal ceremonies.

Ghana, the hope of Central Africa

A little further north, and over to the west, the citizens of Ghana also have a reason to be happy. Considered the biggest consumer of cannabis on the continent (and the second in the world in terms of the percentage of citizens who use the plant: 21.6% of the population between ages 18 and 64), "wee," as it is known there, is not illegal, theoretically, but legislation does prohibit its cultivation, use, import and export without a license, issued by the Ministry of Health. There are many who still dare to do so, because it is one of the most profitable and resilient crops in the country.

The nation's Rastafari Council is one of the group's struggling the most for the plant's decriminalisation. When doing so they point to the words of one of Ghana's most illustrious citizens, former UN Secretary General Kofi Annan, who said that the effects of cannabis's criminalisation are much worse than its legalisation.

However, the decriminalisation of "wee" has its opponents too, including physicians, who in Zambia tend to support it. Dr. Akwasi Oseihead, director of the country's Mental Health Authority, believes that cannabis can make young people more violent, and feel demotivated at school. To refute these arguments proponents of regulation cite figures related to legalisation in the US demonstrating that there has been no increase in consumption amongst teenagers there.

The country's authorities are also conscious of the consumption figures, and believe that decriminalising cannabis would be a way to decongest its prisons, as has happened in other countries. Thus, in Ghana the struggle for the recognition of the plant's benefits still rages on, as in other countries. Now all that remains is for others to take the same step as South Africa, so that we can soon talk about new successes on the diverse African continent.