Currently, the medical use of cannabis is allowed in 33 states, while 10 states have legalised it recreationally. Still, the U.S. faces a major contradiction regarding the legal status of CBD, mainly due to the fact that cannabis is legal in some states but illegal at the federal level, being listed under Schedule I of the DEA's Controlled Substance Ordering System, the most restrictive of all.

Lately, however, it looks like the country is making efforts to break the deadlock. In a move that marked a turning point in the U.S. agricultural policy, legislators reached an agreement to regularise industrial hemp, which in December 2018 took the form of the Agriculture Improvement Act or Farm Bill, approved by the Trump administration to promote hemp as well as other crops.

The Farm Bill includes provisions allowing production and research into hemp containing no more than 0.3 per cent THC. This should have prompted an amendment to the Controlled Substances Act, unchanged since 1970, removing cannabis plants and derivatives containing less than 0.3 per cent THC from federal controlled substances schedules, which would have ultimately opened the way to the regulation of hemp-derived CBD extracts.

The Bill Farm, however, explicitly preserved the Food and Drug Administration's authority to regulate cannabis products in accordance with the FD&C Act, a set of laws approved by the U.S. Congress in 1938 that gave the FDA control over food, drugs and cosmetics. As a result, CBD is subject to the same requirements as any other FDA-regulated substance regardless of whether the plants or CBD products fall within the definition of hemp under the 2018 Farm Bill.

So, for the moment, CBD-infused edibles, beverages and dietary supplements remain illegal under FDA regulations, regardless of whether they are derived from hemp or cannabis. 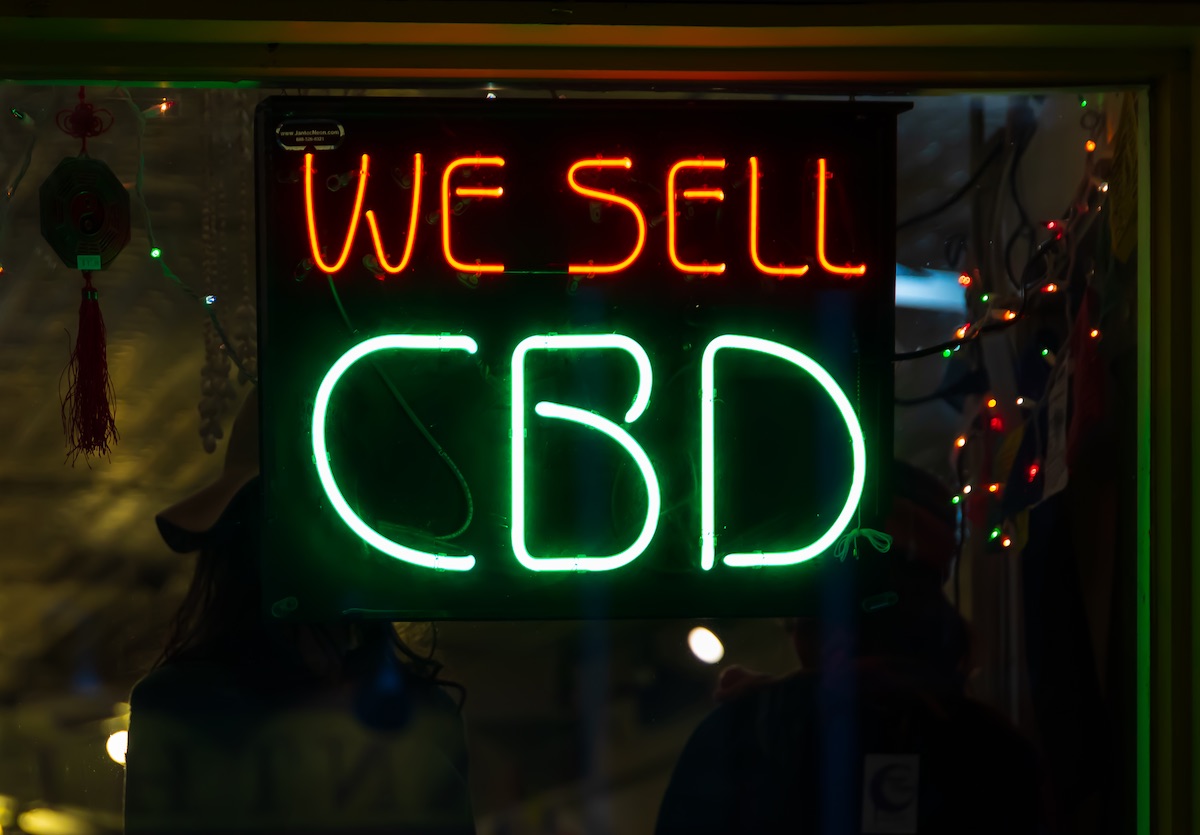 Still many questions to answer

In response to the Congress' insistence on resolving the situation, the FDA held a public hearing on May 31 where stakeholders discussed on the use of CDB in consumer products including edibles and beverages. The aim was to remedy the inconsistencies that allow some states to sell CBD products in supermarkets and others to punish sellers with prison.

CBD-infused edibles, beverages and dietary supplements are still illegal in the eyes of the FDA

During the 10-hour meeting, over 400 stakeholders including cannabis growers, start-ups, researchers and consumer advocates commented on how the FDA should regulate the booming industry of CDB. While some demanded strict control, others, mostly companies with billions at stake, pressed for more flexible laws. All agreed, however, that the FDA must address the situation sooner rather than later, although the way this should be done remains unclear.

One thing, however, was made clear. The acting chief of the FDA, Norman Sharpless, said there are still many unanswered questions about CBD, including the amount of extract that is safe to consume daily, the possible interactions with other substances and the effect on children, pregnant women and long-term users.

Thus, it seems safe to conclude that the FDA is not willing to lift the restriction on CBD edibles and beverages right away. Even if CDB and THC are active ingredients of drugs approved by the FDA itself – e.g. Epidiolex, Marinol and Dronabinol – these have undergone clinical trials that edibles and dietary supplements have not. The FDA is concerned about the safety of broadening the use of CDB products and believes there are still many questions to answer, including the determination of a safe dose and the identification of the possible effects of long-term exposure.

As a result, the legalisation of CBD edibles could still take several years, leading to a legal limbo marked by industry tensions and confusion among hemp growers, manufacturers and users, unprotected in the absence of a regulatory framework. Even so, the estimates are that the U.S. CBD market could pull in $16 billion by 2025. 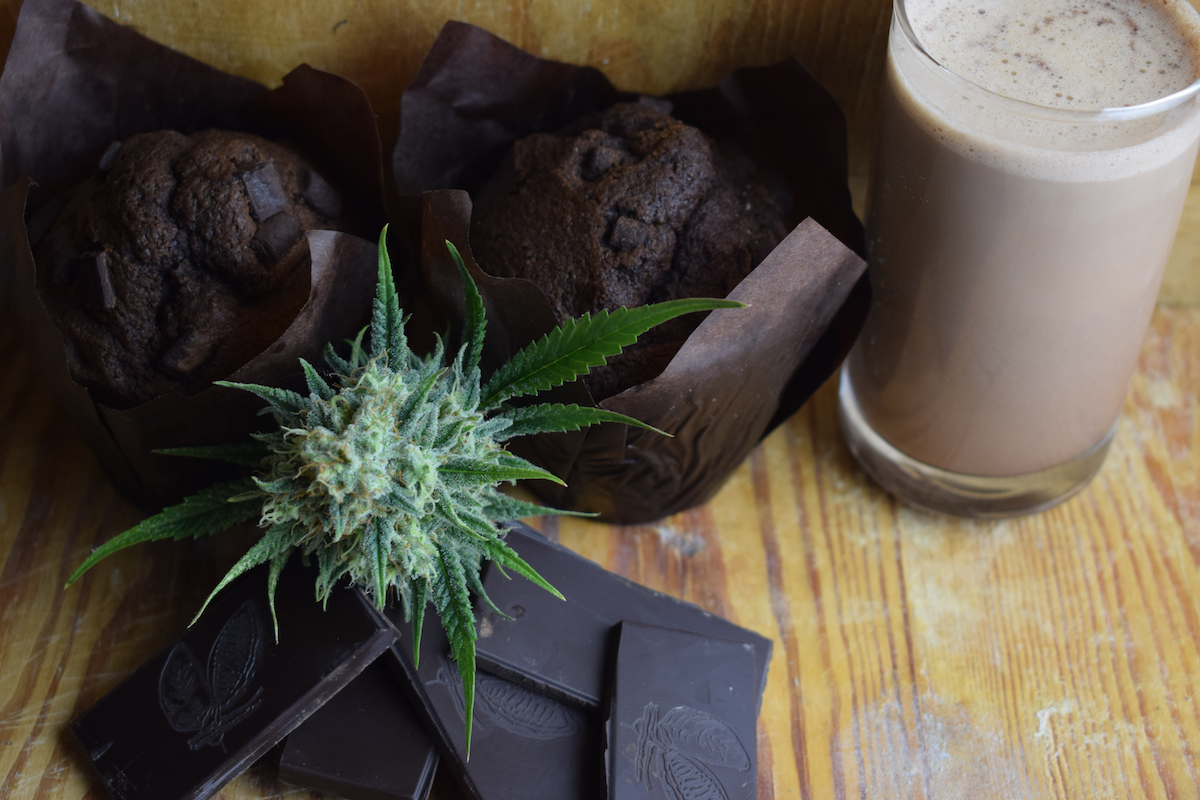 In October 2018, Canada became the second country after Uruguay to legalise recreational cannabis. But while the Canadian Cannabis Act applies to the whole country, provincial laws prevail over federal laws, meaning the availability of cannabis products varies greatly from province to province. This is particularly true when it comes to purchasing CBD, which can become a real ordeal for many users.

The new legislation allows users to possess up to 30 grams of legal cannabis and to grow up to four plants per household for personal use. In order to fall within the definition of "legal", the cannabis must be purchased from a provincially-licensed retailer. But the official regulation makes no specific mention of CBD products.

The Canadian Cannabis Act states that "Other products, such as edibles, will be permitted for legal sale within one year following the coming into force of the Cannabis Act, at which time federal regulations for their production and sale will have been developed and brought into force". As it stands, the Canadian government will first address the legalisation of psychoactive cannabis containing THC, focusing on CBD and other cannabis products at a later date.

Another important consideration is the fact that the legislators have made no distinction between THC and CDB, meaning the definition of cannabis under the Cannabis Act applies also to CDB, which is thus bounded by the same limitations as THC. This means farmers are allowed to grow hemp for CBD extraction purposes, but have to sell the plants to a federally-licensed producer for them to extract the CBD, after which it is subject to the same rules as any other cannabis extract.

Also, because CBD products do not produce the psychoactive effect of THC, users assume they are legal in all cases, adding to the confusion about the substance's legal status, when actually CBD is treated in the same way as THC or any other cannabinoid: it is illegal except when sourced from a licensed producer.

According to a survey by Statistics Canada, there are about 100 licensed producers in the country, but many of them are probably not in business. CBD can be sold only to people who have a prescription for medical cannabis, and only through a producer registered under the Marijuana for Medical Purposes Regulations (MMPR). But of the 100 licensed producers identified in the survey, only 23 are registered under the MMPR, and since only they are allowed to sell directly to patients, buying legal CBD in Canada can become mission impossible even for registered patients.

The proposed changes will be implemented in the near future, together with a series of public consultations that will be concluded by the end of 2019, opening the legal market to a whole new range of products.

In Canada, CBD is treated in the same way as THC: it is illegal except when sourced from a licensed producer

However, people looking for the end of uncertainty won't get that by the end of the year. In fact, buying CBD in Canada will still involve effort, as licensed retailers will remain the only authorised suppliers of CBD products, which will have to comply with packaging safety requirements in a similar way to alcohol and tobacco. And restrictions on advertising are also expected.

Health Canada, the government department responsible for public health, will lead the legislative process, but has not announced plans to make distinctions between hemp and cannabis-derived CBD.Thus, while those who get their supplies through legal channels will have easier access to CBD thanks to the legalisation of edibles, extracts and the like, those who have always resorted to the black market won't see much of a difference.

As any other emerging industry, the industry of CBD is facing teething problems. Unfortunately, the long-awaited legalisation has not yet meant easier access to CBD either in the United States or in Canada.