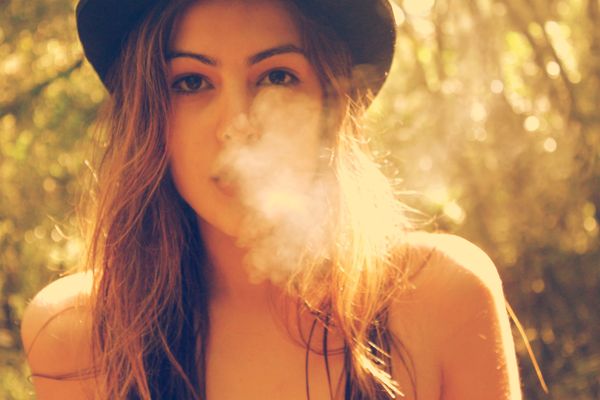 While it is true that the role of women within the industry has not been very prominent, with the gradual legalisation of cannabis it is changing, as they become entrepreneurs, breeders and growers. This is the new generation of women emerging from the shadows to demonstrate that cannabis is not just for men. While some countries, like the United States and Canada, and perhaps soon, (fingers crossed) Spain, are legalising the therapeutic use of cannabis, traditionally women from around the globe have used this plant for centuries to relieve pain, increase sexual pleasure, and even allay the side effects of some STDs.

Some of the traditional uses to which women have put cannabis:

There is evidence that during the 19th century, in Germany and Austria, a cannabis-based cream was used to reduce inflammation and reduce pain in the breasts of women who were breastfeeding.

Since the 7th century in India cannabis has been used for the practice of tantra because it was believed to be an aphrodisiac, a theory that recent studies support. For this purpose the cannabis was consumed in what is known as bhang, a kind of batter containing milk, water, spices, and, of course, cannabis.

Cannabis to reduce the pain of virgins' first sexual experiences.

Russia has traditionally used this remedy so that newlyweds, on their wedding nights, could enjoy more pleasant experiences. Apparently the analgesic and aphrodisiacal properties of cannabis helped many women avoid the physical pain that sometimes occurs during the loss of their virginity.

In the late 17th century a German physicist stated that cannabis was an effective remedy for gonorrhoea, and for a long time some doctors actually prescribed it to treat this STD. In the 19th century Persian prostitutes used cannabis to treat urinary tract infections, a very common ailment among sex workers.

The use of cannabis during childbirth

Today this practice is not recommended because it is not possible to calculate the long-term side effects. However, in Egypt, during ancient times, women giving birth were given a honey-based ointment containing cannabis in order to provoke uterine contractions.

Cannabis for pain during menstruation