First of all, the effects of marijuana are not 100 % predictable and depend heavily on the strain, situation and person. Cannabis does not have the same effect when smoked as opposed to cooked, and the different strains have varying concentrations of THC, CBD, CBN and other cannabinoids. Thus, a blanket statement cannot be made that marijuana leads to better sex. A

Activist, grower, and chemical sector professional José Miranda agrees with this view. "All of us who are regular users know that it depends a lot on each person and even the moment. In addition, we don't all share the same tastes. My advice is for one to read up, get informed, and try for himself the variety he most prefers for that moment, and watch the dose. We don't want to end up drooling all over our lover, or to unburden our sorrows on him or her. That's not the idea. Rather, we want it to help us to enjoy sex even more!" 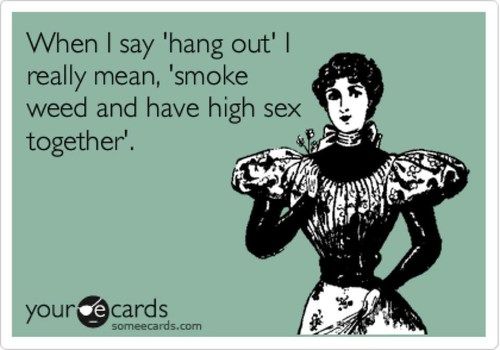 According to sex columnist Lisa Kirkman both intercourse and cannabis prompt us to release oxytocin, "the love molecule", a hormone related to sexual patterns and maternal and paternal behavior, that also acts as a neurotransmitter in the brain. "Marijuana in general increases sensitivity and corporal perception, and works as a desinhibitor. This being said, sativa works very well for couples seeking to increase their pleasure. As with both sexuality and relationships, however, with substances each individual has to find the right formula," says Argentine activist Alicia Castilla.

But, what variety to choose? Indica or sativa? According to Lisa Kirkman, "sativas have the effect of contracting muscles, which improves performance." Icmag users also agree that sativas work better because they feature invigorating effects and don't bring you down like indicas do. Some, however, endorse hybrids, or smoking small amounts of indica to enjoy its relaxing effects. According to Kirkman, mixes of around 70/30work betterthan those with 100% indica or sativa. Pure varieties can cause extreme effects, such as sleepiness, in the first case, and paranoia in the second.

One doesn't need to smoke a joint for his body to assimilate the cannabis. You can cook it in a romantic dinner, inhale it in vapor form, and, if you don't like burning it, even spread it on your body's most erogenous and absorbent areas - the latter endorsed by the "Aphrodite Group," which has brought to the market an organic lubricant for women made with cannabis that provides orgasms lasting up to 15 minutes.

Yes, up to 15 minutes. THC is the female Viagra. In fact, this is nothing new. In some hippie plantations in California women know very well that using THC resin, extracts or pure oil into the vagina induces mind-blowing orgasms. The "Aphrodite Group" will not be the only one opting for these lubricants in the near future, especially when the taboos surrounding marijuana are quickly being broken down.

But marijuana can function not only to intensify the pleasure of intercourse, but also to cure sexual dysfunctions. In fact, Ayurvedic medicine uses it to treat impotence and increase libido. For these purposes sativas are better. There are cases, however, in which indica can work well, especially if the user suffers from neurosis, anxiety or physical pain.

Alicia Castilla shares with us a case that illustrates this situation: "A few weeks ago a friend came to me who had been tortured during the dictatorship . The torture inflicted terrible damage to his lower vertebrae, which makes it difficult for him to walk, for which he uses a cane. He asked me about an aphrodisiacal strain. It occurred to me to ask if him if he felt desire. He said he did, but that the pain hindered erections. I suggested that he try out an indica with high concentration of CBD, for its painkilling effects. The next day I received a text message with a huge thank you."