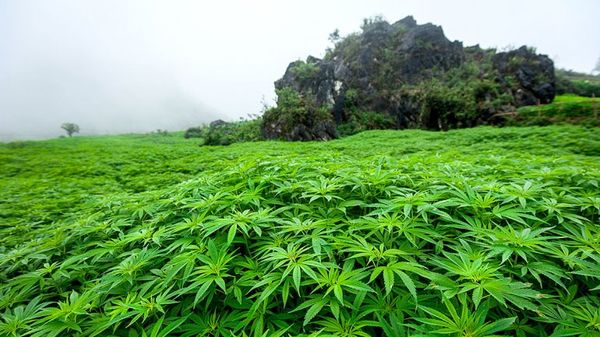 Highly adaptable, marijuana plants have managed to develop in different parts of the world adapting to different environmental conditions. Their origins are not entirely known; some palaeobotanical studies – the science that deals with plant remains form the past –, link them to the Himalaya, from where cannabis spread across the globe. Mankind had a considerable hand in this process, as merchants, who carried cannabis seeds in their travels, appear to have spread it from Central Asia to the rest of the world. This is how cannabis was disseminated across Africa’s Middle East and Southeast Asia in the period from 2000 to 500 years ago. It equally reached America in 1545 and Australia in 1788.

Incredible as it may seem, there are pollen, seeds, fibre and trichome fossil remains – all charred – that have been recovered and used to create a chronological timeline of cannabis throughout history, a plant mankind has used since ancient times either for medicinal, recreational, textile or religious reasons.

From wild marijuana to Landraces

Even before man started cultivating marijuana, the plant grew wild in nature in the form of the so-called “wild relatives”. Cannabis grew spontaneously in the environment, without being cultivated. This means wild marijuana populations were not domesticated, that is, they were not shaped trough a selection processes and therefore there was more diversity in terms of morphology. The plant, though, did fix some traits through its evolutionary process in interaction with the environment, adapting to its environmental conditions.

The first breeding process carried out by man we know about took place 6500 years ago in Mongolia, a finding released by Russian botanist N. I. Vavilov. Although there is evidence that this was the first time cannabis was bred and domesticated, studies suggest this practice was most common in China.

Be that as it may, this was a major step in the history of cannabis genetics, as local growers started to shape the cannabis populations they grew in their fields. Through selection, traditional growers gradually eliminated the individuals that because of their morphology did not meet the desired parameters (smell, size, yield, vigour, etc.). This is how growers gradually shaped the cannabis populations giving way to what we now know as landrace strains. 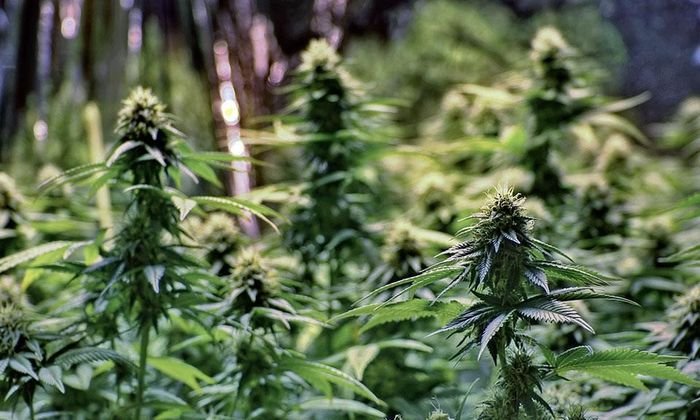 What is a landrace strain?

Landrace cannabis strains are the ones that have broadly been grown and selected by the local farmers of the regions in which cannabis cultivation was a centuries-old tradition, and that have adapted to the weather and the characteristics of their territory. It is these indigenous strains that we call landrace. Highly heterogeneous but with enough morphological traits in common to be grouped together, they can be considered the first step in cannabis domestication. Usually, the name of landraces makes reference to their geographical location, thus having landrace strains such as Acapulco Gold or Panama Red.

This is how landraces were created: local growers selected the individuals that for whatever reason had the desired features – usually the most adaptable and best-growing ones. Needless to say, the process was done at a guess and resulted in environmentally adapted morphological

features. This is why, as a rule, landraces are 100% indica or sativa, as according to its location, each strain develops certain features.

Landrace strains are therefore a group that has been shaped but that still has a very large gene pool, as they reproduce through pollination out in the open, and many males get mixed with many females. Each female egg is pollinized by a different pollen grain, which does not necessarily have to be of the same male, genetic variability being thus very high.

Landraces are quite unstable if compared with the new generation of hybrids available in market. In order to stabilize the genetics and make them more predictable, we need to go a step further in the breeding process, but we will address this in the next chapter.

Even if landraces are less stable because of their greater gene heterozygosis, they also show higher rusticity, meaning they are more resistant to adverse conditions and more adaptable to the environment. In fact, landraces – the step prior to cultivation and after wild relatives – can adapt to weather fluctuations and the threats of the environment thanks to the above-mentioned gene pool. 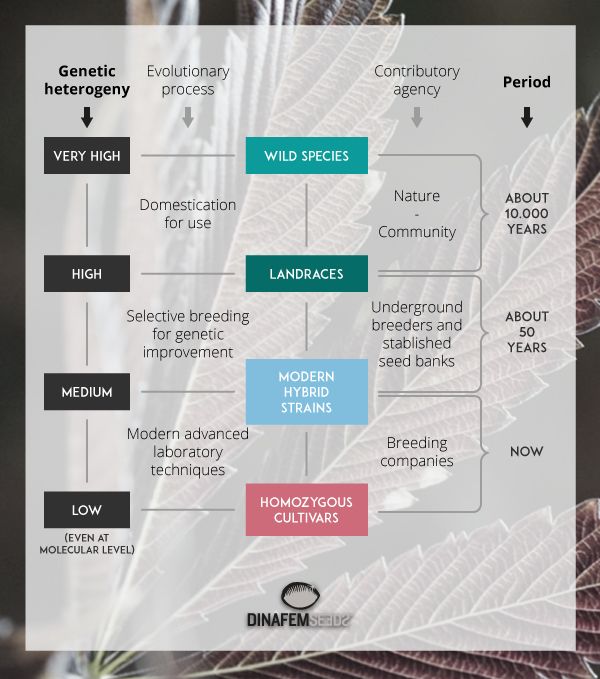 Today’s cannabis industry offers hundreds of hybrid strains that stem from landraces, but the pure ones – 100% sativa or 100% indica – are very hard to find. This was not the case in the 60s and the 70s, when most of the available marijuana came from landraces that had different features depending on their place of origin, so much so that two groups were created: indicas and sativas.

The differences between indica and sativa landraces are largely connected to the plant’s adaptation to the environment and, according to some studies, more precisely to humidity. In that regard, sativa strains are the result of the plant’s adaptation to wetter climates, developing longer, more slender stems and narrow leaves that facilitate transpiration. On the other hand, indica landraces adapted to dryer, more arid climates, resulting in shorter, hardiest plants with wide leaves aimed at minimising water lost during transpiration.

Can a Landrace genetic be relocated?

Thanks to the invaluable work breeders have carried out in the last decades, today’s market offers strains with the highest standards of quality. If we compared the yield, the aroma or the flowering period of a landrace strain with a genetic obtained by a seed bank after painstaking breeding, we would most certainly choose the hybrid over the Landrace, as the traits we appreciate in cannabis – yield, flavour, cycle length and effect duration – are highlighted through a long selection process. Nevertheless, we can’t deny landraces are the origin of all the strains we know today, genetics that have been grown naturally for thousands of years and whose features are impossible to replicate. The value landraces provide in the context of modern breeding is wide natural genetic variation. While modern strains have been selected through a number of generations in order to reduce their gene pool – increase genotype homozygosis for enhanced stability – landraces boast a genetic wealth hybrids have lost.

We are not interested in preserving the old genetics as strains per se, it is the genes that we need to focus on. Old landraces can be considered “gene populations and genetic variability”, which is paramount for innovation and future progress. (Harlan, 1972).

As a landrace strain is partly the result of the plant’s interaction with the environment, if we grow it in a region that is not its own, chances are that after some generations the environment forces it to adapt, its genotype being altered. Therefore, it would no longer be the genetic introduced in the first place: without the environmental conditions of its place of origin, the plant is forced to change in order to adapt. This means it will develop differently and will gradually acquire different traits.

Next you will find some of the landrace genetics known today within the cannabis community. That said, we don’t claim to know all the landraces in the world, as wherever cannabis was able to grow and develop without the need of advanced breeding, landrace cannabis strains might be growing. 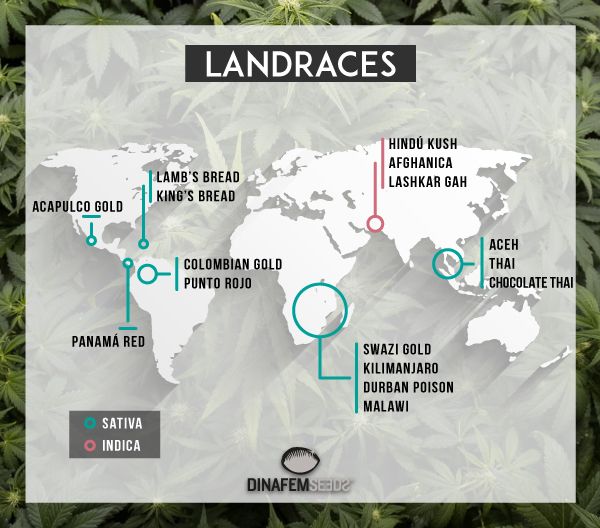