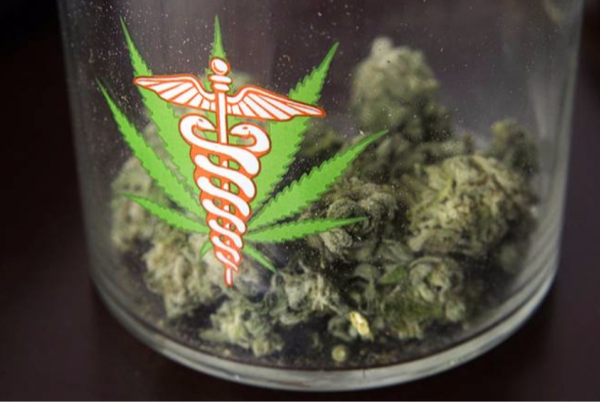 If everything proceeds as scheduled, the Uruguayan pharmacies that wish to do so, will be able to sell marijuana from April 2017, putting an end to the long ride that started when consumption and self-cultivation where legalized in 2013. The country's regulation body and the points of sale have already fleshed out the details, including consumer prices and a panic button. But while full distribution arrives, the illegal marijuana trade does not cease to enrich those who market it without the knowledge of the authorities.

One of the leading countries in cannabis regulation – Uruguay legalised consumption and self-cultivation in late 2013 – is at a turning point. More than three years after the Senate approved the Cannabis Regulation and Control Law, and after several bureaucratic issues, it appears that in April this year pharmacies will finally be allowed to sell marijuana, thus joining cannabis clubs and home growers -there are currently 6,235 individual growers and 38 clubs throughout the country, who can admit up to 45 members and cultivate up to 99 plants.

On December 2016, Uruguayan president Tabaré Vázquez announced that the sale of cannabis at pharmacies would be postponed until 2017. Earlier that year, the Government had cited some ongoing chemical tests as the reason for the delay. Weeks later, on February 2016, Vázquez said that "later on, by the middle of the year, we will be ready to implement the law fully". 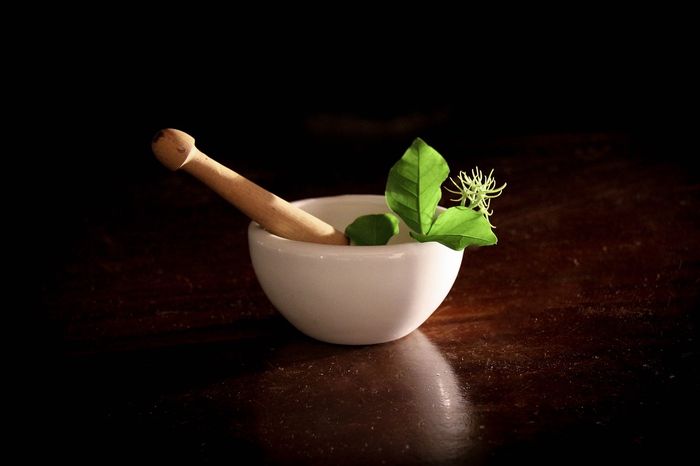 A couple of days ago, the vice-president of the Uruguayan Pharmacy Centre, Alejandro Antalich, explained at an interview that pharmacies are now ready to start selling and that have even implemented a panic button. This security protocol, a prerequisite of the establishments to agree to the sale of cannabis, will connect them with the emergency service of the Ministry of Home Affairs and aims at chasing thieves and drug dealers away. When activated by the pharmacy staff, the alert will reach the police head office and the nearby units.

Such a panic button had been long requested by the pharmaceutical industry for security reasons, as robberies are commonplace and there were concerns for the physical integrity of the workers. In that regard, the cannabis project has sped up its arrival. In fact, selling marijuana will not be necessary in order to have it implemented totally free of charge. Other to this mechanism, pharmacies will also have a fingerprint scanner to verify the identity of the registered users and the amount of cannabis they are entitled to buy.

According to Antalich, pharmacies also asked for the sale to be voluntary. Accordingly, some ten establishments will offer the product in the country once the Cannabis Regulation and Control Institute (IRCAA) hands out the consumer register - in order to avoid cannabis tourism, only Uruguayan citizens and long-term residents will be allowed. Antalich has also questioned the profitability of the initiative, as the cannabis price will be fix and users will have to register with IRCAA. 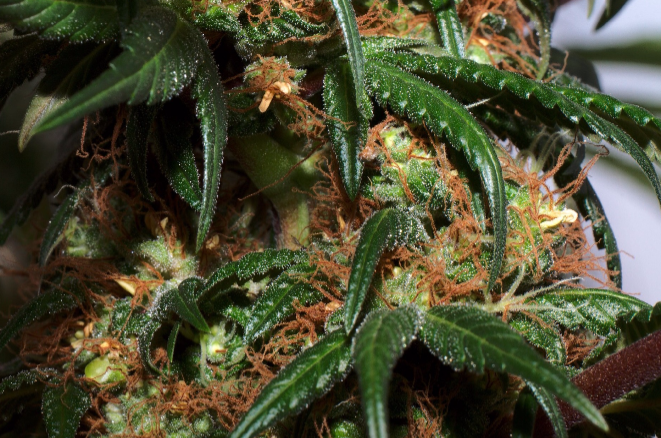 During the first months, the IRCAA will distribute just a small amount of marijuana to test its acceptance. Pharmacies will be allowed to store up to two kilos of psychoactive cannabis (non-medical) and to sell it at a rate of ten grams per week and forty grams per month and person. Stocks will be replenished every 15 days. Two suppliers, Iccorp and Symbiosis, are already producing marijuana to make it available to pharmacies as soon as the sale becomes a reality. They work on State-owned land, located 100 km from Montevideo, and under the protection of the national security forces. To date, each company has generated two tones, which should be enough for the first shipment to pharmacies and which have already gone through the drying and curing process. The price has been fixed at $1.30/g (€1.22/g).

The sale at pharmacies marks a step forward in the fight against dealers. Even if cannabis clubs and self-cultivation for medicinal purposes are legal, seven out of ten consumers still resort to the black market. In fact, amongst the reasons behind legalization are the fight against this illegal industry, whose annual profits are estimated at 30-40 million dollars  (28.2-37.61 million euros), and the will to entice consumers away the streets and its dangers. With a population of 3.3 million, the country is estimated to be home to some 135,000-200,000 cannabis consumers.

The legalisation delay keeps pushing a lot of people to the black market. This is why some external experts believe there will still be a long way to go once the sale at pharmacies is implemented. According to Marcos Baudeán, lecturer at the Universidad ORT de Uruguay, "the legal market will develop gradually, the demand remaining the same. As the legal market will be unable to cater for it, the illegal market will prevail".

In early March, Mario Layera, the Chief of the National Police himself, stated in an interview that trafficking had not dropped: in 2016 4.3 tonnes of imported product were seized, a significant increase compared to the 2.5 tonnes in 2015. 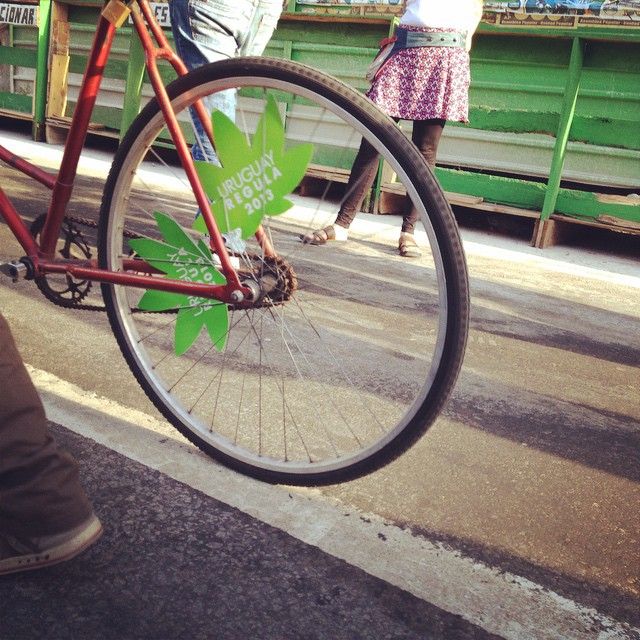 While the formal announcement of the start of the sale arrives, cannabis keeps making the news in Uruguay. In addition to the information provided by Layera, the Uruguayan Association for Cannabis Studies (AECU) recently asked for the legalization of cannabis-based groceries – both psychoactive and non-psychoactive – along with the distribution of marketing licenses for the export of medicinal cannabis to countries such as Germany, Italy and Canada, and for carrying out further studies on its therapeutically properties.

Meanwhile, the Head of the Drug National Board, Juan Andrés Roballo, has defended the Uruguayan cannabis policy before the UN and has urged the institution to change its "prohibitionist and repressive paradigm" towards cannabis. In fact, on a 2016 report, the UN warned that a regulated cannabis market is contrary to the drug control treaties Uruguay has joined and that these are limited exclusively to "narcotics for medical and scientific purposes".

This way, Uruguay teams up with other Latin American countries, such as Colombia and Mexico, that have approved rules for the regulation of cannabis and that have asked the UN to update its policy on this kind of substances. 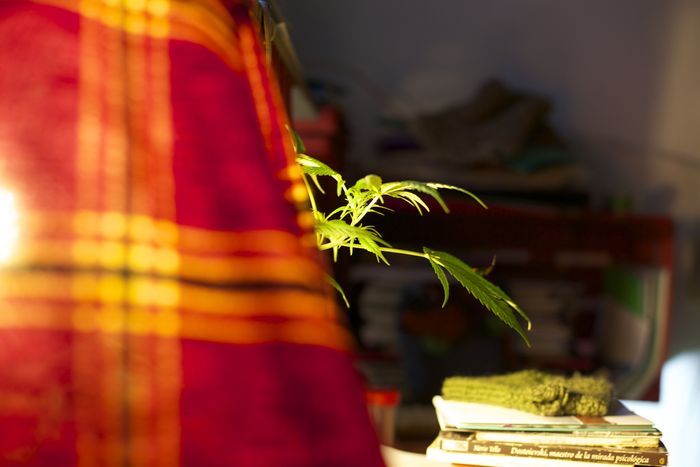 Alejandro Antalich, vice-president of the Uruguayan Pharmacy Centre, believes "there is no way back" and that the time has finally come for marijuana to be sold in Uruguayan pharmacies. Many announcements have been made and many dates have been mentioned in that regard, let's hope this is the final one. Come what may, there is no doubt that the next few months will be decisive.