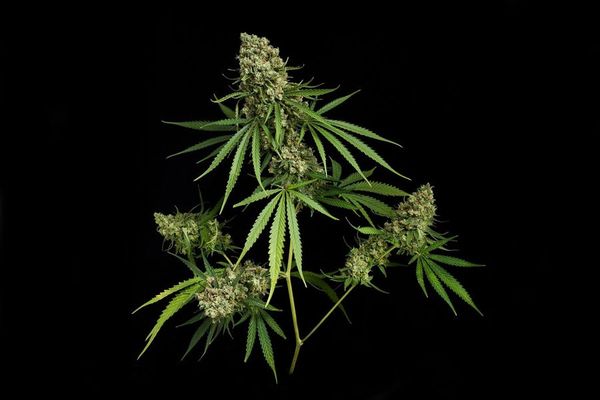 Critical + by Dinafem Seeds is a feminized indica-dominant strain, fruit of the union between a Big Bud and a fine selection of Skunks. Not surprisingly, the origins of this variety are to be found a few decades ago on the west coast of the United States, particularly in California. Some of the seeds that would later become legendary strains such as Skunk #1, Original Haze, Silver Pearl or Early Girl were developed in this coastal city. Among these genetic lines, Big Bud was born, from which Critical + has generously inherited its proficiency.

Since Critical + was officially released in 2005, it has continued to accumulate success and good reviews. Its qualities have helped it gain several prizes at an international level, climbing to the podium on several occasions. As you can see in the pictures, its best known phenotype has a sativa appearance with sharp, narrow leaves, thin stems and abundant ramifications. However, it blooms with the characteristic speed of the fastest indica.

The reasons for its success are, among other, its intense and very characteristic aroma that ends up by filling the room and even passing through walls. In addition, it is easy to grow, has a short flowering period and the harvest is generous, even for the most inexperienced. As you can see in the video, it develops into a medium-large plant with thin and narrow dark green leaves tinged with very compact and resin-coated buds. In short, a very effective strain and a guarantee of great results at all levels.

One of the reasons that lie behind the good reputation of Critical + is that it is easy to grow; however it is important to keep some tips in mind, especially when planting indoors. It is fundamental to give the plant enough space, as its tendency to branch during growth makes it fan out numerous buds that spread everywhere. Other than that, it should not pose any problems for the grower, not even for novices. With a little perseverance and attention, you'll get the most out of this variety.

Suitable for indoor and outdoor

Critical + responds perfectly both indoors and outdoors, but it is important to take note of some recommendations for the plant to grow successfully. If you decide to cultivate indoors, it is advisable to monitor the humidity, especially during flowering. Good hygiene in the area of ​​cultivation and proper ventilation are perfect allies to prevent the appearance of fungus in the thick buds.

Outdoors, meanwhile, the variety offers surprising results even for the most sceptical grower. Critical + works better in temperate or Mediterranean climates than in greenhouses, where it can develop a sensitivity to mould. In this case, it is interesting to leave a greater distance between the plants to allow for good air circulation, as well as to use preventive treatments with biological products against caterpillars.

In addition, Critical + can be used to perform a guided or pruned technique of cultivation outdoors, which means that you can try the SOG or SCROG methods for your plants to grow horizontally and form a green tide.

Fast and productive flowering is one of the virtues of this plant. Despite saving the typical appearance of a sativa, with sharp, narrow leaves and thin stems, its flowering has inherited the speed of indicas plants. Usually Critical + blooms between 45 and 50 days, although some growers prefer to cut it after a few days, about 55.

Outdoors, it is usually ready for harvest from mid to late September, but sometimes it can also take until early October. In this case, the grower can collect up to 1300 grams per plant. Indoors, the amount is significantly reduced, but it still is above average, with about 625 grams per square meter.

As you have seen, the number of buds that Critical + generates can sometimes cause some problems. To ensure that nothing stops the growth of your plants, it is best to use tutors (fasteners that serve to maintain the structure of plants) to prevent the branches from breaking under the weight of the buds.

On the other hand, one of its characteristics is that its smell will not go unnoticed. It is very intense and it can reveal any plantation. Thus, a good option is to use an active carbon filter, especially indoors, to prevent eavesdroppers from becoming suspicious of our culture.

Critical + emanates a scent that invades the senses and maintains the same extraordinary qualities as it reaches our taste buds… It is one of those plants whose taste corresponds exactly to its aroma, tasting like it smells, with sweet, fruity and persistent touches and hints of lemon that captivate the palate and stay in the memory. In short, Critical + organoleptic characteristics crown it among the most sought after strains among cannabis lovers.

Despite it not being an extremely powerful plant−it has between 12% and 16% THC−, its sweet and pleasant effect leaves no one indifferent. Its properties are relaxants and narcotic, which will cause a sweet high with the taste of the best candy. Overall, this pleasant effect usually lasts three to four hours, although, of course, this depends on the consumer and his or her tolerance to cannabis. In fact, Critical + can also be used for medicinal purposes, to combat the concerns of daily life, anxiety and stress. A complete plant in every way. 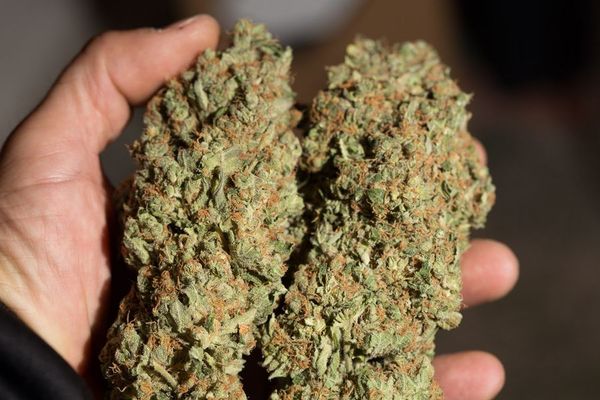 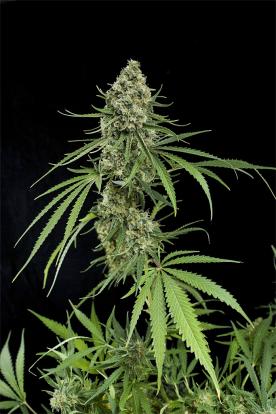