The name Cheese gives us an idea of this strain's special hallmark: an intense Indica scent, with tinges of hashish, smoked wood, nuts and a variety of spices, with an equally powerful and surprising flavour on one's palate; so long-lasting that it reminds one of the delicious aftertaste of a good cured cheese.

At Dinafem we managed to produce it by fusing Old School Skunk #1 and Afghani #1. It is a feminized strain with a prevalence of Indica tones (though just slightly: 60% Indica and 40% Sativa), a hybrid of marijuana that is unique, capable of winning over both amateurs and real cannabis connoisseurs. It is one that maintains in a very evident way its tie to the original Cheese, which has become very famous in the British Isles, thanks to that common genetic origin in a selection of Skunk, revolving around the powerful aroma for which it is named.

At the same time, as the original Cheese was already well-known as a durable variety outdoors, capable of yielding good results in England's humid and cloudy climate, the stabilized hybrid of this Dinafem Cheese receives from its Afghan father the excellent productivity and rapid flowering of a plant adapted to the tough conditions found in Afghanistan's mountains, with its harsh climate.

With broad, green leaves and an intense colour, it grows to average heights, with a tendency to be large at times, standing up to two and a half meters. With a radiant appearance, its flowering period is brief (it needs 50 - 60 days), as it grows vigorously, generating long, large (and sticky) buds. Even after five months of curing they can still be slightly sticky.

Their aromatic and gustative qualities are very particular. The plant fills the air with intense notes of Skunk, of old cheese, but also of incense and fruity fragrances. And the smoke it gives off is very thick, with a powerful effect on the lungs. This, together with its organoleptic properties, have made it one of the most in-demand varieties around the world, but especially in the UK, to which it traces its roots and where its clones were initially from.

It is quite easy to grow, although it is necessary to use anti-scent filters, as its scent is penetrating and ubiquitous. It grows particularly well indoors (with a yield of 525 g/m2) using the SCROG method, as can be appreciated in the images. It also does very well outdoors (harvests taking place in early or mid-October), especially in Mediterranean and mild climates and, but also in greenhouses, which can produce yields of 1,000 grams per plant.

This prized strain represents a potent and well-balanced class of grass with intermediate (and even high: 9-14%) THC levels that produce pleasant, almost euphoric, cerebral stimulation, and that ends up delivering a smooth sensation of physical relaxation, which also make it the perfect plant to help users get a good rest, along with many medical properties. In short, this is a variety evoking our very best memories of "old school" cannabis, with a surprising aroma only comparable to the complex aftereffect that this strain leaves on one's senses. 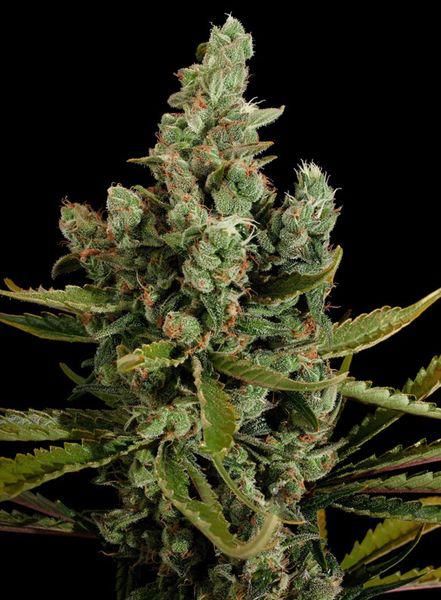 If you want to try a different genetic, but also a high-quality one, you cannot miss out on our signature product: Moby Dick. The result of crossing Haze and White Widow, it is a feminised variety featuring mostly Sativa (60%) and 40% Indica cannabis.

This is a variety of cannabis boasting every quality making it one of the most complete marijuanas you can find on the market. In fact, it is already an important name, having attracted a cult following in a very short period of time. Its genetic is what's behind its success, as well as its high production and potency, having been defined as "cosmic." Considered one of Dinafem's most powerful varieties, if not its most, its psychoactive power means that experiencing it is like being slapped by the tail of the legendary white whale for which it is named. Its resin production, with THC concentrations ranging up to 21%, and low levels of CBD, is responsible for an intense and long-lasting high that will flood your surroundings with a delightful aroma that also lingers, as if frozen in time.

Growing it is simple and, performed indoors (with a yield of 650g/m2), it features a short life cycle, making it even easier to harvest. If cultivated outside it can stand up to three and a half meters. It just grows and grows, without stopping, as long as it has enough light.

For those who prefer to grow it outdoors (where it can offer yields of 1,500 grams per plant), one must keep in mind that the plant will need plenty of space, as well as temperate, Mediterranean climates, or even the conditions provided by a greenhouse. This is strain that has been tried out on balconies and terraces, and in orchards and corners all around the world. In the Iberian Peninsula it is harvested around 15 October, although some growers prefer to stretch it out until the end of month in order to obtain greater resin production and a more powerful, sedative effect.

This results in a plant of surprising strength, featuring a short flowering (60-70 heavy days) period, yielding large, heavy and resin-covered buds. To obtain optimal results the cannabis will require proper irrigation and plenty of nutrients, which will also help it emit its characteristically pleasant floral aroma, with notes of lemon and exotic woods. 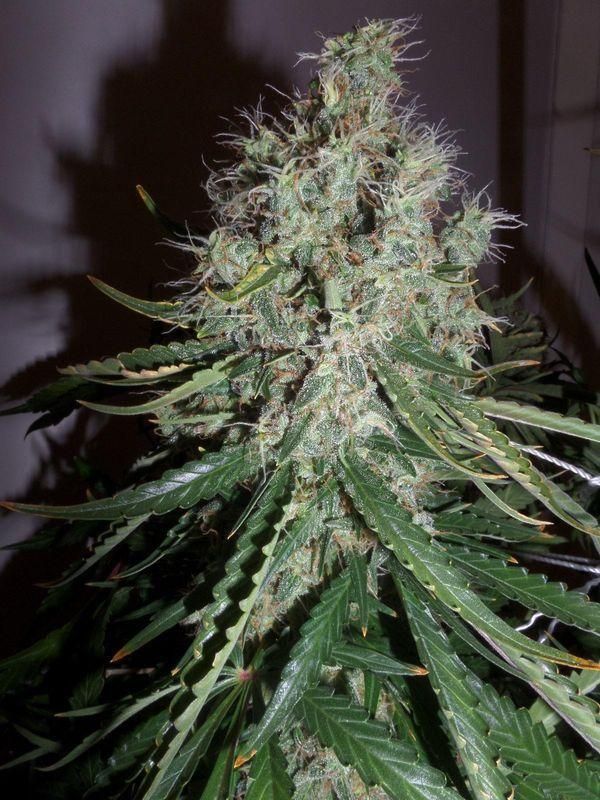 As you see, it is simple to grow, and what you can learn with these types of varieties of marijuana is, without a doubt, a good lesson on life. All that remains, then, is to enjoy the results.