The first thing that can be said of the Purple Afghan Kush is that, visually, it is the most aesthetic and striking marijuana plant we have ever created (which is saying something), a strain that is really easy on the eyes thanks to its unique morphology, contrasting with the great beauty of its leaves and flowers, graced with purple and lavender tones that emerge during its flowering.

With Purple Afghan Kush we have created a plant featuring a structure that is extremely Indica, and whose appearance is that of a small, densely-branched bush whose central stem tends to be shorter and whose side branches are thicker, preventing them from sticking out too far, as if it were a Christmas tree. Its internodes are also shorter and its leaves may be fewer than in other varieties, but they are very large and thicker, genetic signs of its geographical origin and adaptation to withstand drought and arid conditions.

Indica strains, instead of having very thin leaves that rapidly lose moisture, produce very thick, more drought-resistant ones. These large leaves present an intense purple colour all across them. And it does not take much cold for it to appear, which furnishes them with an absolutely spectacular tone. Despite the belief that there are plants that require a drastic drop in night-time temperatures to manifest this colouration, there are also other genetics, like Purple Afghan Kush that, even without excessive cold, and in just a few days, develop those stunning violet hues, with leaves shining so dramatically that one could swear that they were slathered with a layer of varnish.

In addition to its shape and colouring, another of Purple Afghan Kush's great traits is the quality of its buds, with dense, compact and very resinous flowers. These buds give off a fruity aroma that is quite curious, because it is actually an Indica that does not emit the aroma typical of this class of plant. This is important, because there are other Indica strains that are able to naturally develop a purple colour, but it is less common for them to emanate such a sweet and fruity aroma. This is rare, as they normally feature a very powerful and acidic scent, like the entire Kush family. In this case, the type of aroma that Purple Afghan Kush gives off is of freshly cut pineapple: sweet, intense, and with the quality characteristics necessary to make it delicious. It is a Kush in its shape, but not in its smell or taste.

It is also a variety exhibiting slower growth, reaching more stunted heights and having shorter branches, thanks to a compact structure that makes it ideal for indoor growing and cramped spaces. It is also a very discreet plant for urban use. This slower growth is important with this type of indoor plants because when they flower (both the plant and its clones) they need a little more time, though not much more than 60 days. 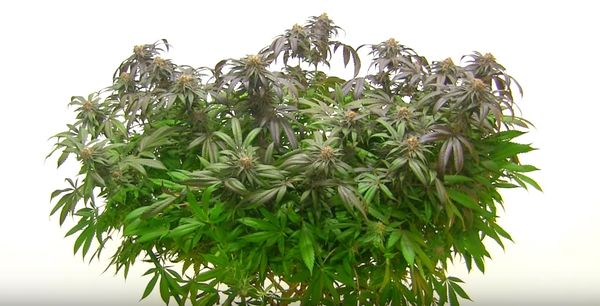 As for irrigation parameters, one must remember that the Purple Afghan Kush thrives in dry weather, mainly due to the Afghan descent for which it is named. Thus, it prefers conditions a bit drier than normal, and humidity levels lower than those common for other plants. The idea is not to make the plant suffer, but just the opposite, as it will be grateful and respond positively. Ideally the amount of water it receives should be reduced by about 10%, because it does better under dry conditions. And it should be watered regularly, but with small quantities.

The Purple Afghan Kush also withstands very high temperatures and droughts. In fact, we have received accounts from growers in California who reported that last summer (marking the fourth consecutive drought there, and one aggravated by the El Niño phenomenon) the Purple Afghan Kush was one of the strains that best weathered the scorching heat and dearth of water in the region. This makes it a genetic that is highly recommended for outdoor growing, above all in sunny, warm and Mediterranean areas, or in greenhouses in northern regions, where it can also show off its powers without any problem, as it is a tough and versatile plant used to austere conditions.

Finally, its pleasant taste is surprising: fresh, sweet and intense, evoking piña colada, with notes so exotic that they captivate and carry you away, producing a high that, without being devastating, is very physical and relaxing. And, of course, its effect is totally Indica, producing a pleasant feeling leading to both physical and mental rest. At the therapeutic level, it also helps to relieve muscle tension. In short, it is a plant with a different shape, a different colour and a different taste that will infuse both your crops and inner journeys with an exotic touch. 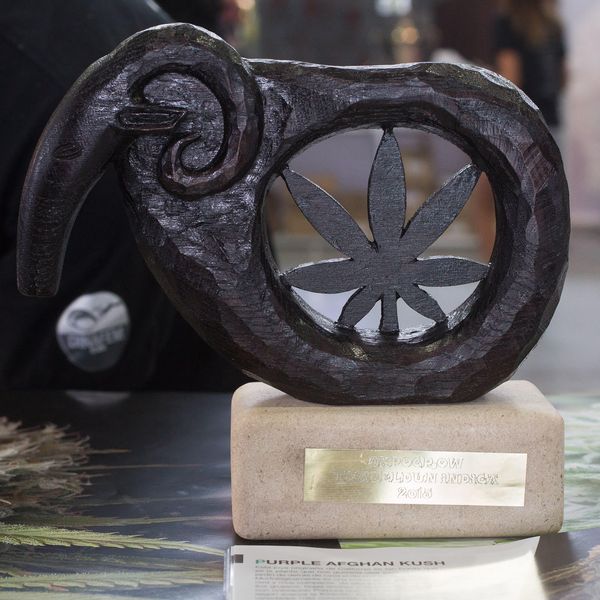 These are the prizes that our Purple Afghan Kush has garnered in just a few months since its creation, already a worthy candidate for those New Year's wishes: 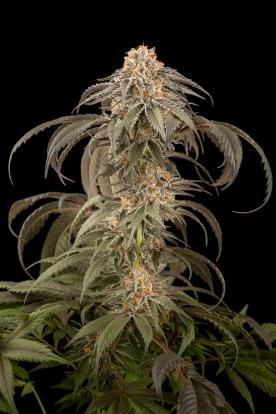