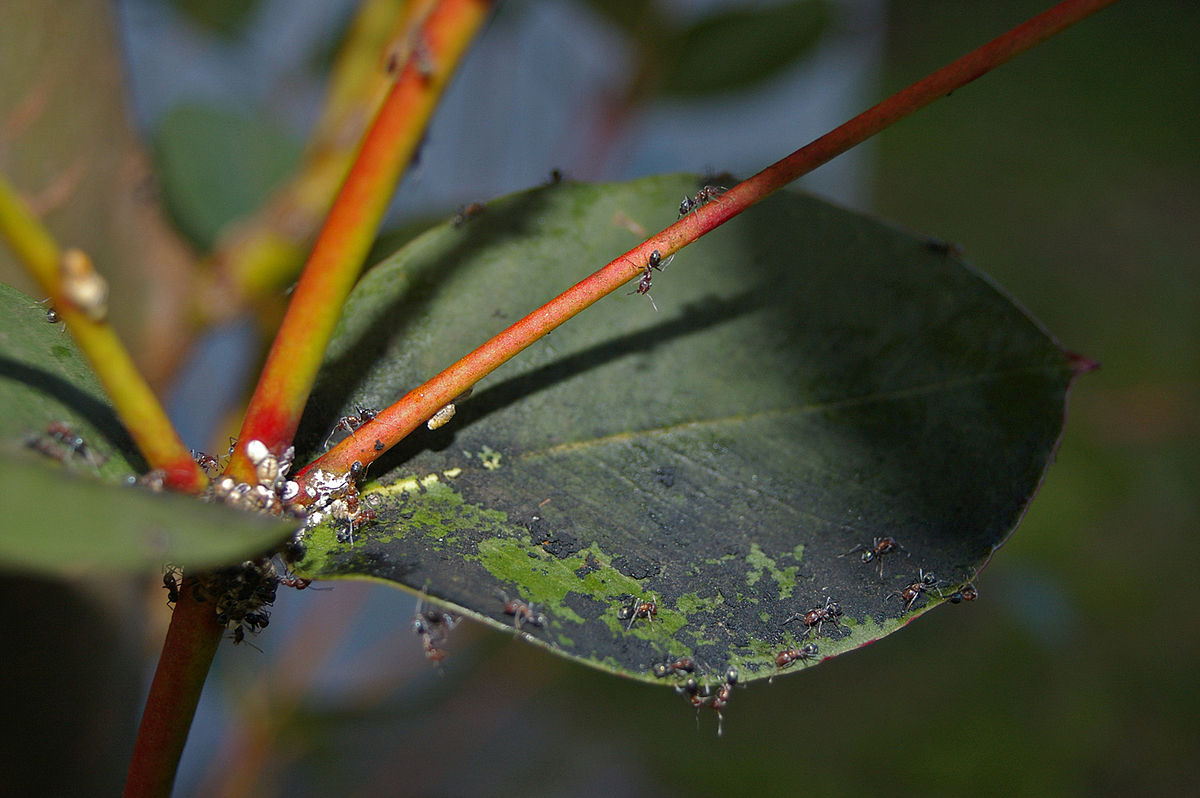 What is sooty mould? 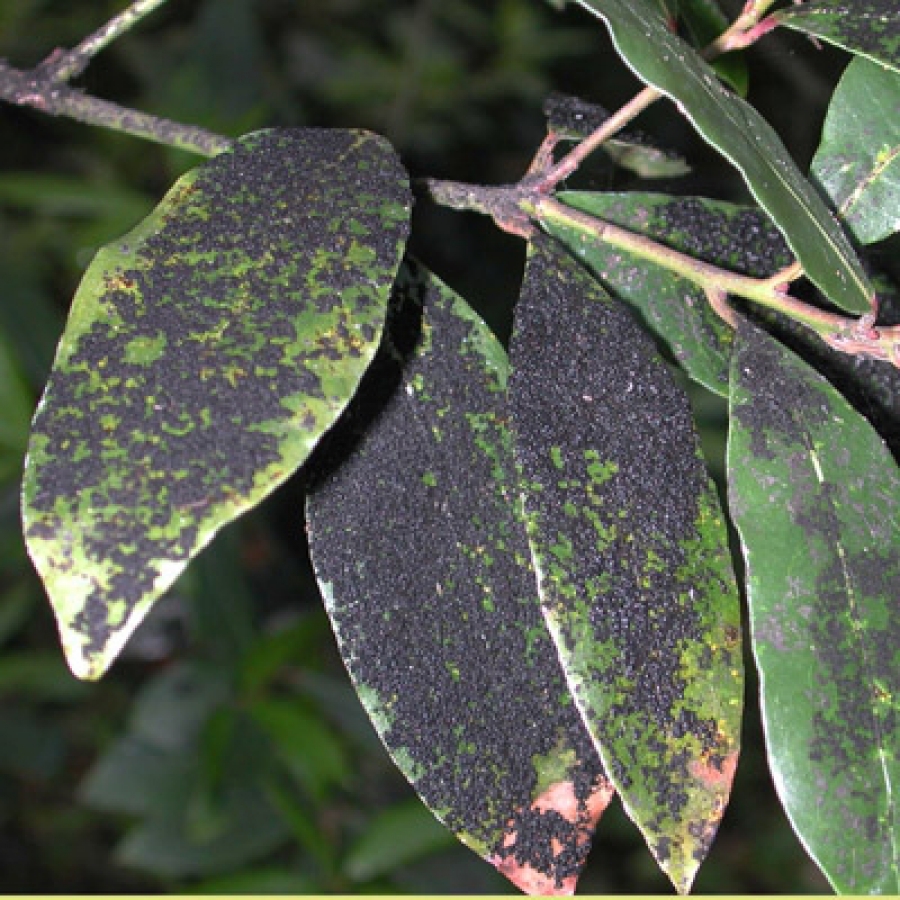 Sooty mould is a cryptogamic disease caused by different species of Ascomycota fungi - spores, ascospores - that grow in the presence of honeydew, a sweet, sticky, liquid waste product that is excreted on the leaves of plants by insects such as aphids, leafhoppers, whiteflies and cochineals. Because sooty moulds live on honeydew, the substance plays a crucial role in the growth of these fungi. Sooty moulds look a lot like mortar but darker, as the black colour of the filamentous structure of the fungi - the hyphae - and the melanin present in the cell walls give them a darker colouration.

There are two types of sooty moulds: one with limited growth potential determined by the life cycle of leaves and another one that is more resistant because it becomes established on more permanent surfaces, such as the stem and branches of woody plants, and support structures like tutors and trellises.

Incidentally, many people are allergic to sooty moulds, particularly to American varieties.

How to identify sooty mould? 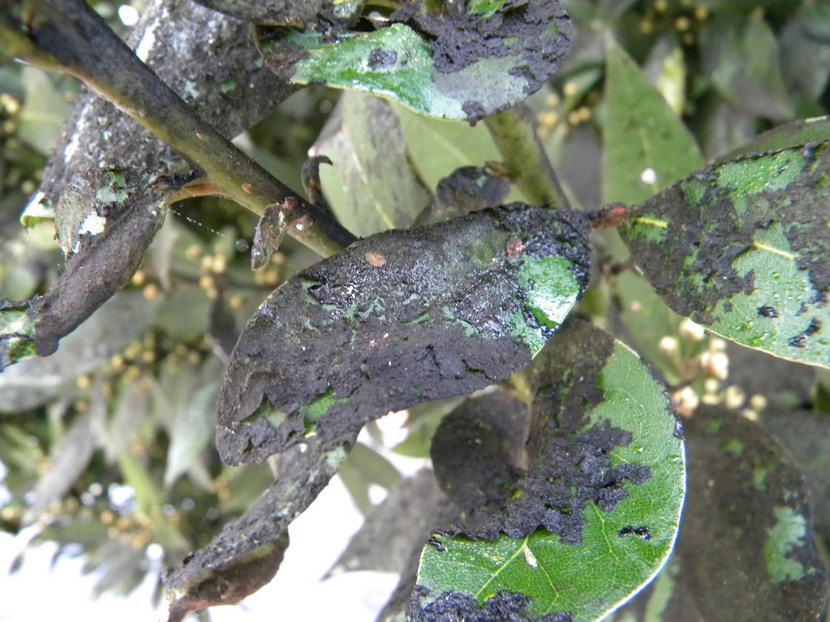 As implied by the name, sooty moulds are manifested as trickles of soot on the leaves. Because plants don't develop such traits naturally, the symptom is quite easy to spot. Sooty moulds use their cell walls to attach themselves to surfaces and also to store the water they need for growth and development.

When sooty mould becomes too widespread for the plant to handle, its ability to carry out photosynthesis is reduced, which can lead to the suffocation of the leaves and stunt plant growth. And this, of course, can seriously affect the yield of the crop.

The above described trickles of soot won't look nice on your plants, but, again, worst of all are the reduced yields, as these can result in a substantial economic loss if the disease is not properly managed.

How to eradicate sooty mould? 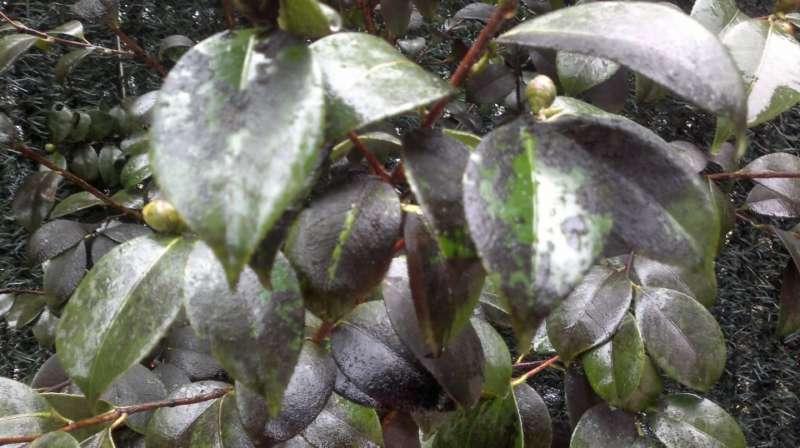 Control of sooty moulds begins with addressing the underlying problem: insects. Large infestations require an effective method that acts fast, so chemical spraying is probably the best course of action in this situation. Smaller infestations with milder symptoms, however, may benefit from biological control - lady bugs work great against aphids and Macrolophus Caliginosus, a green bedbug, is very effective against whiteflies).

If your plants are hardy and of a certain age, they may also benefit from judicious pruning.

Once the infestation has been eradicated completely, wash the leaves to help the plant regain its ability to normally carry out photosynthesis, as this is the best way to ensure a bumper crop. You can use a cloth impregnated with slightly soapy water. Make sure both sides of the leaves are washed thoroughly, wait a few hours, and rinse.

As a preventative measure, remember that proper ventilation is the most effective way to avoid most of the problems associated to indoor growing.