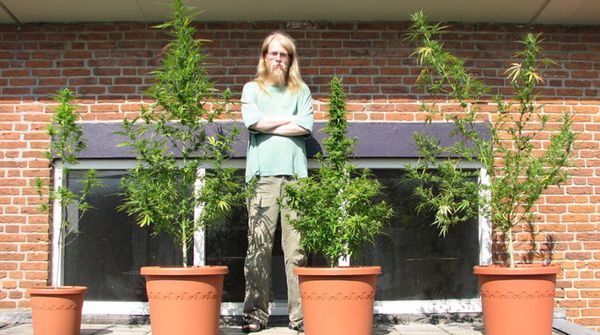 The bill was spearheaded by representative Vera Bergkamp, who says that "cultivating cannabis secretly, in basements and attics, industrial buildings and sheds and stables in the field, is over." Bergkamp referred to the legal defect, existing in the country for decades, which produces a black market and foments smuggling. If the bill passes, only those holding a special license will be able to cultivate cannabis, in such a way that the authorities will be able to monitor the area occupied, the volume of the crops, and their transport.

According to official sources, in 2015 Dutch law enforcement agents seized 5,856 illegal crops in the Netherlands. The bill also aims to decriminalise consumption in order to reduce crime rates, the black market, and drug trafficking. This situation dates back to1976, with the adoption of a new paradigm that has been maintained, though with many ups and downs.

The Dutch authorities offer some facts and figures. The coffee shops generate some 1 billion euros of revenue annually for the State. And the objective reality is that the failure to completely regulate this market spawns drug trafficking and a black market. Detractors of the law, like the Attorney General of the Dutch government, have criticised the measure as undermining their efforts and interests. In addition, they argue that it is incompatible with international agreements endorsed by the Netherlands with regards to drugs. And some Dutch prosecutors claim that this measure will not represent an effective deterrent against drug trafficking.

A sociopolitical analysis of the Dutch cannabis legislation model.

Imagine for a moment a cocktail bar. Consider the situation of people who have started a business based on selling a product that is classified as legal. Now imagine that the alcohol they sell, legally, must be acquired on the black market, and through smuggling, and criminal acts. That is the situation of the cannabis market in the Netherlands.

Throughout this legislative journey, which began way back in 1976, the Netherlands has gone through many phases in terms of its cannabis regulations. In that year the Opium Act went into effect, which distinguished between soft and hard drugs. In 1980 the Dutch Government allowed the sale of cannabis at coffee shops, but the owners of these businesses were placed in a precarious legal position, as they were forced to resort to the black market to supply themselves.

The Dutch regulatory process has been unusual, to say the least, allowing the sale of cannabis, effectively turning its sellers into criminals by forcing them to acquire their supplies on an illegal market. And they went even further. In 2015, many headlines predicted the end of Europe's grass paradise, as Holland considered banning tourists from buying cannabis at its coffee shops. In fact, there had been an attempt to implement this measure back in 2012, but the criticism was so overwhelming that it was abandoned. The intention was to eliminate certain problems associated with cannabis tourism.

Just as some leftist parties had predicted, the measure not only failed to fulfil its objectives, but the volume of the black market increased rapidly to meet the demand for cannabis tourism in Holland, as the plans generated additional publicity for the coffee shops. The measure was backed by Ivo Opstelten, a member of the conservative People's Party for Freedom and Democracy, and the Dutch Minister of Justice at that time.

The current situation promises an impending change, as the Dutch judiciary has made clear that the situation on the cannabis market is contradictory, as it obliges coffee shop owners to carry out criminal acts on a regular basis: as these establishments may only stock 500 grams of cannabis, owners must keep the rest of their supplies illegally stockpiled somewhere.

Everything is much easier to understand by considering an analogous scenario. Imagine for a moment a cocktail bar, a nightclub, or pub. Consider the situation of people who have started a business based on selling a product that is classified as legal. Now imagine that the alcohol they sell, legally, must be acquired on the black market, and through smuggling, and criminal acts.

Imagine too that their stock, the products they have to sell, could not exceed a certain amount; for example, two cases of beer, one bottle of whiskey, one of rum, one of whiskey, two bottles of wine, and a couple of bottles of brandy. Ridiculous, right? Well, that is the situation of the cannabis market in the Netherlands, a legislative and judicial aberration that has been perpetuated for years by successive conservative governments.

Arguments of the prohibitionist paradigm

Critics of this new Dutch regulatory initiative usually employ the arguments of the prohibitionist paradigm, stemming from the so-called "war on drugs" waged by the United States and made famous by President Richard Nixon. When Dutch political opponents of the measure cite international agreements related to drugs, they are referring to the UNGASS (UN General Assembly Special Sessions), and the entire UN machinery, an apparatus that is falling apart; during the last session of this commission, in April of 2016, several countries announced that they were abandoning the resolutions adopted.

The main objective of the largest and most important global body on drug control is literally "a world without drugs" by 2019. At a scientific level, this objective does not hold water, as it is not based on a consensus reached by the scientific community. To employ the prior analogy, with wine, let us consider for a moment a world that decided to do away with this drink. From the very outset, the goal would not be achievable, and the whole proposal would be explicable only from a political perspective, not a social, medical or cultural one.

The reform measure has come, but meanwhile countries and regions such as Uruguay, Colorado, New Mexico, the Czech Republic, Minnesota, Portugal, Montana, Pennsylvania, New York, Illinois, Arizona and Michigan have lifted sanctions and penalties on drug users, while in countries like Spain, France, Greece, Ireland and Hungary, penalties and sanctions have actually been increased. In some countries, like China, Iran, Oman and Saudi Arabia, penalties can range from corporal punishment, to life imprisonment, to the death penalty. In fact, this fact was harshly criticized by opponents of the prohibitionist model, who complained that the last session of the UNGASS did not condemn repressive practices that violate human rights.

For 40 years the Dutch paradigm has been an international beacon for its openness, liberalism and respect for human rights.

The implications of this new legislative reform measure, if ratified by the Dutch Senate, are clear: the process for the complete regulation of the cannabis market in the Netherlands will finally be completed, after four decades of struggle by associations, businesses, legal authorities and politicians. For 40 years the Dutch paradigm has been an international beacon for its openness, liberalism and respect for human rights. With this law it will manage to renew itself and to implement the measures necessary to achieve its main objectives: cannabis normalisation and regulation, revenue for the public coffers through a taxed cannabis market, the eradication of the black market and trafficking in cannabis, and the defence of human rights.

This latter point is essential: users of drugs – in this case, cannabis – are entitled to use them in accordance with their personal, cultural and religious convictions. Whether in a private setting or a public place, people cannot be prosecuted for consuming cannabis, nor can they be accused of criminal conduct for simple possession of it. The Dutch Attorney General makes this clear when he reports that under this new law they will no longer be able to treat people who grow cannabis like criminals.

The erosion of prohibitionist models results in more just and democratic societies that are more respectful of human rights. We are speaking, in the case of the Netherlands, of an inclusive society that respects the individual's social and political thought, and encourages its citizens to exercise critical thinking. And where it seems that, after four decades, its political leaders have finally surrendered to common sense.