While cannabis concentrates are nothing new – hashish has been used by man for millennia, and extracts and oil tinctures have been around for decades now – innovations in distillation and refining processes have taken the cannabis extraction industry to a whole new level. The boom of dabbing saw the proliferation of concentrates like waxes, shatters and BHO, and now more innovative alternatives including terp sauce are emerging as the next big thing.

Besides giving cannabis its flavours and aromas, terpenes interact with cannabinoids to produce the full spectrum of the plant's effects. Some extraction procedures, however, can reduce – even completely destroy – the terpene content in the plant material, eliminating its flavour and neutralising the benefits provided by the entourage effect. This can be prevented by using precautions that allow to preserve the plant's original terpenes so that they can be added back once the extraction process has been completed. But while some producers abide by these practices, others use artificial terpenes derived from various sources, infusing the extracts with flavours like orange, blueberries, strawberries and even cotton candy.

With terp sauce, however, this is no longer a problem, since the terpenes are both preserved and concentrated as part of the extraction process, resulting in a product that is potent, flavoursome and, above all, amazingly aromatic. 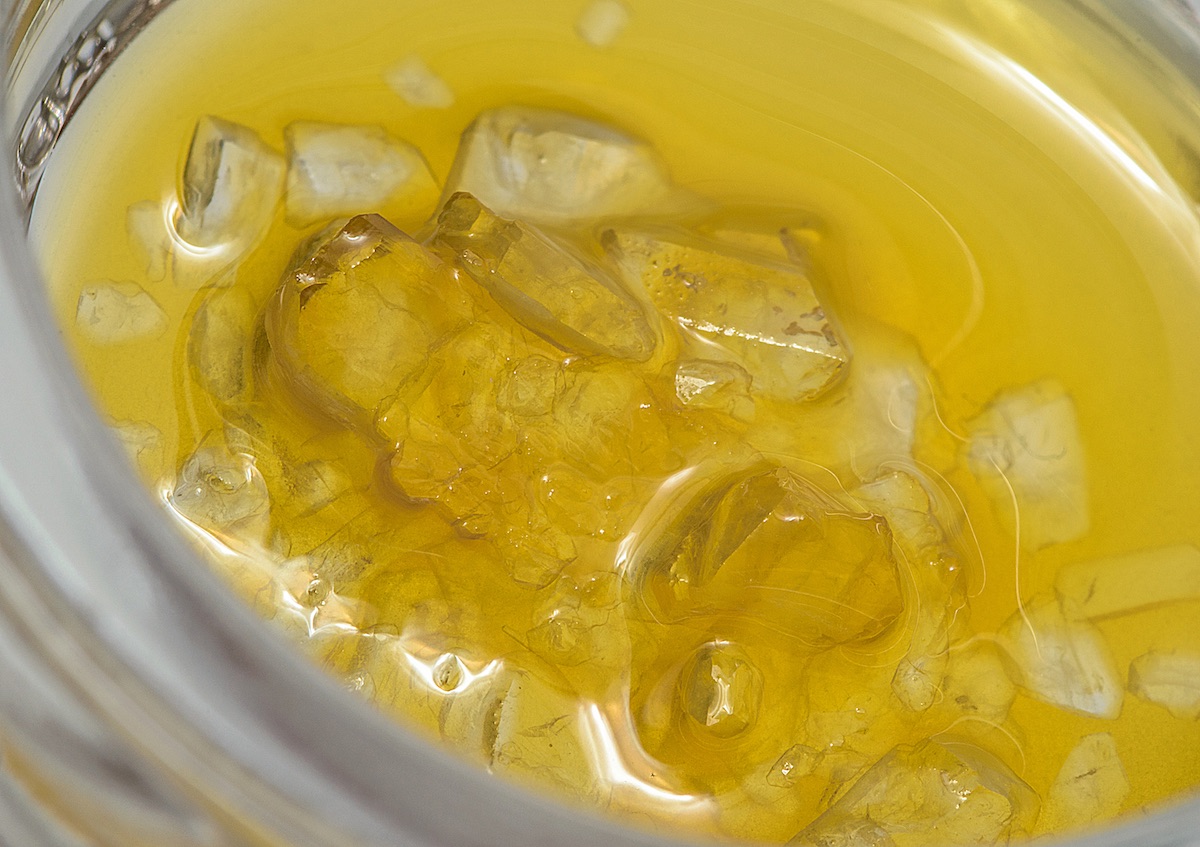 How is terp sauce different from other extracts?

Terp sauce, weed sauce, herbal sauce or simply sauce, are the terms used within the cannabis extraction industry to describe the combination of highly concentrated THCA (tetrahydrocannabinolic acid, the 'pure' version of THC naturally occurring in fresh plants) and the terpenes unique to the cannabis strain used to extract the concentrate. Also known as high terpene full spectrum extract (HTFSE), it is one of the purest forms of cannabis concentrates currently available on the market.

Terp sauce concentrate is potent, flavoursome and, above all, amazingly aromatic

Given its high purity, it contains THCA crystalline structures that give it a consistency similar to fruit jam, with sugar grains – technically, the THCA – that swim in a syrupy liquid containing the terpenes. Being full spectrum, it contains all the potentially active biomolecules found in cannabis' trichomes, excluding lipids, fats, waxes and other unwanted substances. As a result, medical users will find in it one of the healthiest ways to consume cannabis, comparable only to crystals. But while crystals are ultraconcentrated THCA and CBDA extracts with a purity of 99 per cent, they are totally free from terpenes, fats and lipids, meaning they have no flavour, colour or aroma whatsoever.

If correctly made, terp sauce represents each unique plant as found in nature. By respecting the natural cannabinoid and terpene ratio as much as possible, the true essence of each plant is captured, creating a premium product that fetches prices between €30-60 per gram – almost ten times the price of buds. 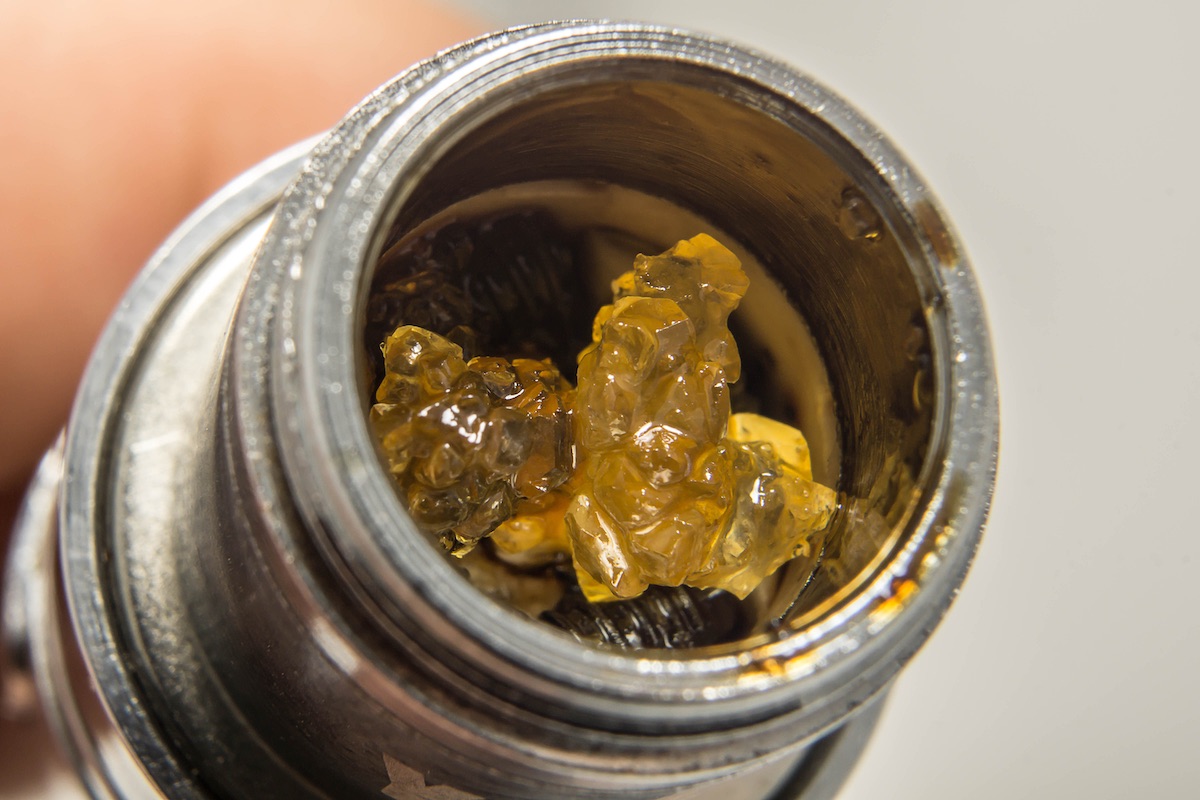 How is terp sauce made?

The process involves using a fresh plant which, instead of weeks-long drying and curing, is subjected to either freezing or cooling in order to preserve as much of the plant's cannabinoids as possible. Primary extraction is then conducted using a solvent – i.e. butane gas – to remove the fats and lipids within the solution. This is followed by a solvent recovery process that uses a small amount of heat in order to prevent cannabinoids and terpenes from degrading. What is left is a terpene and cannabinoid rich concentrate that is then left to mature for weeks.

As the product ages, cannabinoids gradually transform into crystals in what is known as nucleation, a process sometimes referred to as "diamond mining" because of the similarity between THCA crystals and tiny diamonds. As nucleation occurs, the terpenes are introduced into a fluffy liquid known as 'mother liquor', which is then subjected to secondary extraction, resulting into a concentrate of extreme potency.

In order to fall within the definition of "full spectrum", concentrates must have a terpene content of at least 13 per cent, as well as a cannabinoid content that ranges between 45 and 70 per cent. These percentages may vary depending on the sauce, but are good indicators of the quality of the product. In fact, if the terpene content is higher than 30 per cent, the sauce could be far too intense.

A matter of tolerance

Research on the entourage effect has shown that terpenes play a central role in the effect of cannabis. This is why terp sauce is not only flavourful and aromatic, but also incredibly potent. Accordingly, both unexperienced and medical users are advised caution when using the product. Because terp sauce is higher in cannabinoids and terpenes than regular concentrates, users with a low tolerance for cannabis could find its effects difficult to handle.

So if a less concentrated product is already working, it wouldn't really make much sense to make the leap to more potent alternatives. That said, given its potent, fast-acting effect that eases pain, anxiety and other ailments in a matter of minutes, terp sauce can prove a valuable addition to the medicine chest of chronically ill patients.