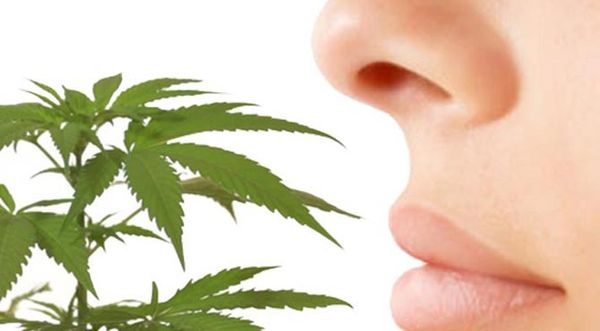 What are the properties of terpenes?

Contrary to cannabinoids – particularly THC and CBD – whose effects and properties have been widely researched, terpenes are still virtually unknown to the public. While some studies have been carried out lately, there is still a lack of scientific evidence to support their therapeutic properties. Some studies suggest though that terpenes contribute to the so-called "entourage effect", in other words, that they enhance the therapeutic effect of other cannabis compounds, particularly cannabinoids. As proven by neuroscientist Ethan Russo, terpenes have a modulatory effect on THC-associated adverse events, maximising its therapeutic effectiveness. According to Russo, this cannabinoid-terpene synergy increases the potential of cannabis to treat a number of ailments.

Just like THC – amongst other cannabinoids – terpenes interact with the brain's endocannabinoid receptors, affecting their response. Some terpenes could even modify the THC amount that crosses the blood-brain barrier – a membrane that separates the blood from the brain to prevent the entry of harmful substances. This is how terpenes influence the effect cannabis has on the body and, according to some studies, they could also affect dopamine and serotonin levels.

The effects vary from terpene to terpene, and while myrcene is narcotic and relaxing, limonene increases mental alertness and concentration. Some studies even suggest that beta-caryophyllene has neuroprotective effects that could be effective for treating neurodegenerative diseases such as Parkinson's disease.

Accordingly, these yet unknown compounds could have great therapeutic value, as in addition to having properties of their own, they are also believed to be involved in the body's interaction with cannabinoids.

What are cannabis main terpenes?

Myrcene or β-myrcene is classified as a monoterpene and is one of the most commonly found terpenes in cannabis. It accounts for 50% of the plant's production of essential oil and its fragrance is described as musky, earthy and herbal. Myrcene is the precursor of other terpenes and, according to research, it is the main terpene in Indica-dominant strains. Although further research is necessary, cannabis with myrcene levels higher than 0.5% is believed to produce a narcotic, relaxing "Indica effect". Some studies even suggest that this monoterpene could be effective for the treatment of insomnia. It is believed to have anti-inflammatory, antibiotic and antimutagenic properties and according to research, it could be used as an alternative and safe therapy for brain tissue following cerebral ischemia. According to other studies, this monoterpene that is not only found in cannabis but also in several other vegetables, citrus fruit in particular, could be useful for preventing peptic ulcer disease.

Pinene is a bicyclic monoterpene and, as its name suggests, is what gives cannabis its characteristic pine and fir aroma. It has two structural isomers – α-pinene and β-pinene – the former being the most abundant naturally occurring isomer, and is also found in other plant species such as conifers, rosemary, dill, basil and parsley, which it protects from predators.

Many studies point to the anti-inflammatory, bronchodilating and antitumour properties of this terpene, which has been long used as an anticancer agent in traditional Chinese medicine. Moreover, a study carried out in 2011 showed that α-pinene inhibits cholinisterase, and enzyme whose modulation can improve memory and cognitive performance. Accordingly, pinene is also believed to mitigate the effects of TCH. Cannabis strains containing high amounts of pinene tend to be invigorating.

Also found in citrus peels, rosemary and mint, amongst others, this monocyclic monoterpene is the reason behind some strains' citrus fragrance, which also tend to be invigorating. Limonene is known for its beneficial properties, both physically – it acts as an antibacterial, an antioxidant and an antifungal – and psychologically, particularly for its uplifting effects. So much so that some studies suggest this terpene may restore the homeostatic balance. And since a dysregulation of the neuroendocrine and immune function (which directly affect homeostasis) is thought to be associated with psychosomatic or psychiatric disorders, limonene could be a possible treatment for depression and anxiety disorders.

β-caryophyllene is a sesquiterpene found in cannabis that is also present is basil, clove, cinnamon leaves and, in smaller amounts, in lavender. This aromatic compound is what gives some strains their spicy, woody fragrance, not for nothing it is one of the active ingredients of black pepper. This peculiar terpene could also be classified as a phytocannabinoid, as interestingly, it selectively binds to receptor CB2.

A number of studies have been carried out to assess the properties of this terpene, among which:

This monoterpene's aroma is described as flowery and lavender-like – no wonder considering it is found in high concentrations in lavender plants. Its anxiolytic and relaxing effects make it great for fighting insomnia, but this is not its only benefit, as according to research, it also has anti-inflammatory and anti-convulsing effects. Accordingly, linalool and other terpenes could have different medical applications, among which decreasing tobacco-related lung inflammation. Other studies point to their beneficial effects for the immune system.

This sesquiterpene, also known as α-humulene or α–caryophyllene, is an isomer of β-caryophyllene, meaning that both terpenes contain the same atoms but arranged differently, which results in different properties. As well as in cannabis, this terpene is found in hop and coriander and is what gives bear its unique aroma. It is believed to have antibacterial, anti-inflammatory and anorexigenic – appetite suppressant – properties and, in combination with β-caryophyllene, it has been used as a remedy for inflammation in traditional Chinese medicine.