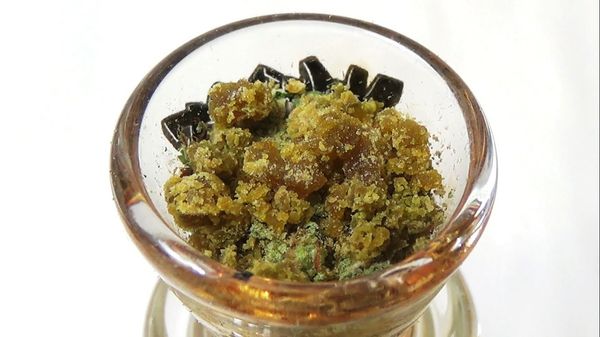 It is becoming more and more popular to obtain cannabis extracts directly from the plant, to consume in a range of ways. Or even just for ornamental use. These extracts, based on the THC and CBD the plant contains, are generally known as "dabs." And there are those who come up with the most artistic creations possible, exploiting all of marijuana’s possibilities and turning it into an irresistible work of art, whether for the palate or the shelf.

A "dab" is a hashish extract, and it can take many forms. One can find three different versions: "shatter," "budder" or "oil". All these variants are produced using other substances to facilitate extraction, or applying heat to the buds to obtain the small elements they contain.

Packing the biggest punch when it comes to consumption is "shatter", a concentrate that can feature cannabinoid contents of up to 80% and whose appearance is generally that of a soft, solid and crystalline substance, like a kind of candy.

A "budder", meanwhile, looks like a cream, with a waxy texture and a colour between gold and honey. As in the above case, the use of a solvent (butane, propane or carbon dioxide) is needed to obtain cannabinoids through a process of evaporation and solidification. Lastly, the “oil” version looks like a liquid similar to an olive extract, and is the lightest kind of "dab."

Of these "shatter" is the most powerful, and involves an additional filtration process to eliminate other naturally occurring fats and waxes. It is precisely this step that makes it purer than the other two forms, as it also filters out the wet hydrocarbons known as terpenes, which give the plant its taste and smell. Three options for three different kinds of users.