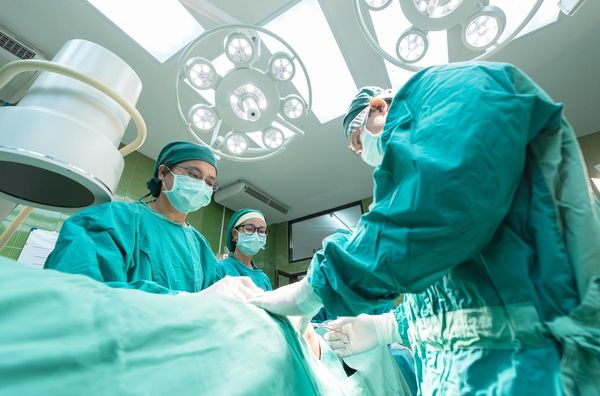 Controversy returns to the world of cannabis. Consumers in the United States, especially smokers, are faced with a new obstacle to overcome. The recent case of the death of a patient who was waiting for a lung transplant which kept being delayed because he had smoked a variety that included THC once again brings this problem to the fore.

Riley Hancey was a nineteen-year-old American teenager who needed a lung transplant. He spent five weeks in the Penn Transplant Institute at the University of Pennsylvania. He was connected to a machine that pumped the blood through his body. Fortunately, he was able to receive a double lung transplant, although he and his family had been waiting desperately for some time: the transplant team at another hospital had turned him down for smoking marijuana.

Hancey, who was not a regular consumer of marijuana, had smoked some on Thanksgiving Day. A day later, on Black Friday, he told his father that he did not feel well. He spent the weekend at home and on Monday went with his family to a clinic at the University of Utah Hospital, where he was diagnosed with flu; but on Friday he felt worse, so he returned, and after taking X-rays, they said that he had pneumonia. That night he was admitted to the hospital, and connected to life-support machines. He was on life support for 30 days and the doctors were clear: he needed a double lung transplant.

The problems arose when he was tested for transplantation: he tested positive for THC, the psychoactive component of marijuana. The doctors went to the young man's room and there, he and his family were told that the transplant would not be possible because he had used cannabis. According to Mark Hancey, the young man's father, a doctor turned to Riley and said: "You're going to die. Put your affairs in order." According to the father, up to six hospitals in other states also refused to treat him, although the parents acknowledge that they do not know if this was because of the use of cannabis or because of the machine that his son needed to keep him alive and which was beyond the capabilities of some transplant units.

Finally, the Hospital of the University of Pennsylvania accepted the case, but although the transplant was a success the teenager died a few weeks later from an infection. In the meantime, many anonymous people had offered to help the family financially, also urging hospitals to approve transplants for cannabis users.

Although cannabis is banned at federal level, there are no guidelines on how hospitals should treat consumers in need of a transplant. It is up to each hospital to decide how to handle the matter, and teenager Riley initially found himself in one with a policy that was too restrictive. At the time, the efforts of the young man's parents were also hampered by the lack of a register of hospitals that accept cannabis patients, something that would have helped them narrow down the search. To make matters worse, there is no record of people who have had problems with transplants because they were marijuana smokers.

The only thing that is clear is that hospitals should be less restrictive, in the context of an increasingly favourable view of marijuana use: eight states and Washington DC now allow recreational use, and more than half have authorised the medical use of marijuana.

The consumption of alcohol, marijuana, or illegal substances affects access to a transplant. At Massachusetts General Hospital, in a state that has legalised the recreational and medical uses of marijuana, a spokesman stated that if a patient was using marijuana, whatever the reason for consumption, they would not be "a candidate for transplant". At the University of Utah Hospital, where Riley Hancey was initially treated, the same thing occurs, although each case is analysed individually. Peculiar to this state is the fact that all types of consumption are prohibited, although it has been allowed in some programmes for people suffering from epilepsy. Other hospitals ask that patients either do not or have not smoked, be it marijuana, tobacco or another substance.

Where the regulations are clear is in California, where recreational and medical uses are also allowed, the same applying in Washington DC and 12 other states. Under their rules, it is generally forbidden to deny a transplant just because of the medical use of marijuana. But even if this is stated in the law, the fact is that in hospitals such as Stanford Health Care at Stanford University, in the northern part of the state, the use of therapeutic cannabis counts against a patient waiting for a transplant. 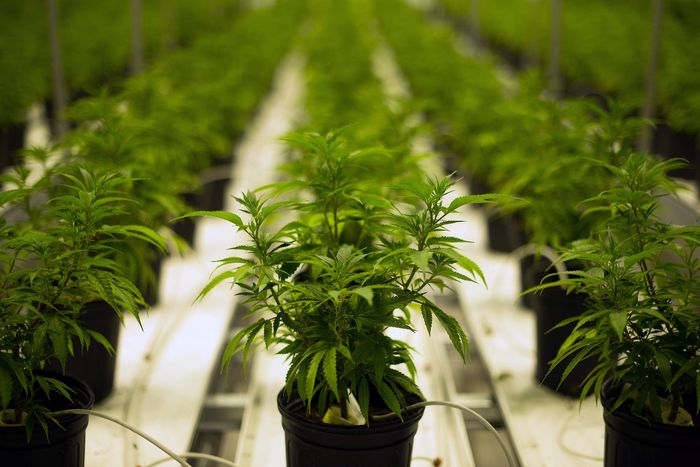 A study in carried out in 2016 involving 360 heart transplant managers from 26 countries found suggested that two-thirds of them had no problem with including a user who consumed medical marijuana on a transplant list. However, only a quarter of them would do the same for recreational users.

Among the reasons for not allowing people on the waiting list is the belief that inhaling cannabis can increase the risk of fungal infections when receiving a transplant. Other doctors suggest that a consumer would not show the same commitment to carrying out the strict obligations of a person receiving a transplant (medicines, life habits, etc.). There are even those who say that the plant is just a pretext for getting people off the lists, since there are more patients than available organs: about 118,000 Americans are waiting for one.

There are also patients like Californian Norman Smith. After being removed from a waiting list for a liver transplant in 2011, he refrained from taking therapeutic cannabis, in order to meet hospital requirements. Unfortunately, he died before receiving the donation. He is not the only patient who was a medical consumer and who has died waiting for this transplant: the same thing has happened in Oregon and Washington, other states that authorise the medical use of marijuana.

The same thing also happened to Garry Godfrey in Maine in 2010: he was waiting for a kidney transplant, and was using medical marijuana for the pain he suffered, and they rejected him because of an alleged health risk associated with this. He recently recounted his experience for the debate about a proposal for a law similar to that of California, that would prohibit Maine's hospitals from rejecting candidates because of cannabis use alone. In 2016, as a result of a referendum, this state approved the recreational use of the plant.

The controversy is even more ironic when patients who are waiting for a transplant take medical cannabis to cope with the pain while waiting for an organ. That was what happened to Tamra Howard, who has been on dialysis since the 1990s waiting for a kidney. She spent more than 20 years going from one hospital to another (she lives in Los Angeles) and from waiting list to waiting list. While she waited for the longed-for day to arrive, she continued to use marijuana (it was the only natural remedy that alleviated her pain), while also following all the medical indications, to show that a user of marijuana could also be a good patient: "I had to break my back to show them that even though I used cannabis, I could still do it," she said. Finally, after she asked the doctors in her dialysis centre how they would feel if someone they loved was in the same situation as her, she received her transplant.

It is also ironic that, according to a 2015 study by the University of Southern California, THC can help delay the rejection of transplanted organs. To reach this conclusion, the researchers formed two groups of mice that were given skin transplants that were not compatible. One group was treated with THC and the other with a placebo, and over time it was found that the rejection of the first group was delayed thanks to the activation of CB1 cannabinoid receptors. Even so, the researchers recommended that patients do not self-medicate with cannabis and pointed out that it would be necessary to carry out tests with humans.

It does not appear that the situation of cannabis lovers or mere users of medical marijuana is going to improve in the Trump era, but recent medical, legislative, and social advances require a rethinking of the transplant waiting list policy in the United States. The goal is that no one is discriminated against for using the plant to improve their living conditions.