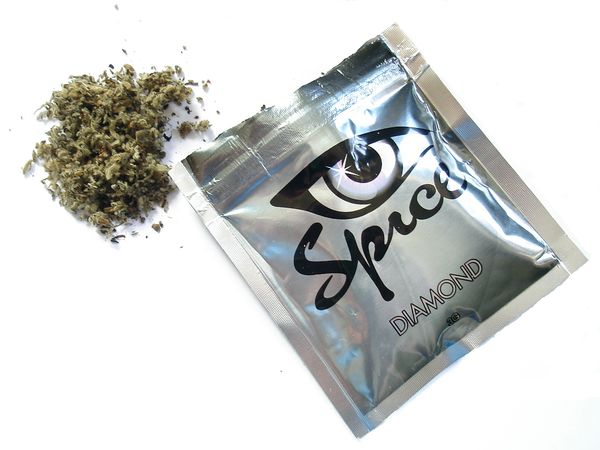 In an effort to show the world the realities of the young people that use this drug, Vice takes us to the UK, a country that was unlucky enough to witness the emergence of "fake marijuana" some years ago, when it started to affect the health of young Britons mainly because the substance was perfectly legal and available for purchase at any newsagent's. If you want to learn more about the physical and psychological effects this drug, just have a look at the article.

Manchester, the mecca of Spice

Manchester has historically been one of Britain's worst hit cities by drugs. The cutbacks on social aids, among other reasons, have led to an increased number of rough sleepers in the last decade, which has resulted in overcrowded shelters and in social services struggling to keep up with the number of people that seek advice and accommodation for the night. It is them that are the most inclined to use "synthetic marijuana", which was sold legally under names like Spice – the most popular one – Vortex and Pandora until a year ago.

A legal drug that is much cheaper than weed and ten times stronger, no wonder the so-called Spice gained instant popularity among British youngsters, who use it recreationally to get high at parties and concerts or just as a way to pass the cold winter afternoons.

What is synthetic marijuana?

What is the action of synthetic cannabinoids in the brain?

Many of the laboratories that produce these substances are based in Russia and China and to date there are some 700 synthetic cannabinoids available for sale, including cannabicyclohexanol and AB-CHMINACA, artificially created chemical substances whose long-term effects have not been researched in-depth yet. Apparently, synthetic cannabinoids bind to the endocannabinoid system receptors in the same way as THC. Their action, though, is very different and numerous side effects – acute psychotic episodes mostly – have been associated to this drug that was legal in the UK for way too many years.

The health consequences of synthetic cannabinoids are unpredictable, as manufacturers change the composition of their products from batch to batch so that they remain legal. Put another way, when a given synthetic cannabinoid is banned, the manufacturer creates a new one which, of course, has not been prohibited yet. This is how they have avoided the legal barriers and supplied thousands of young people with a product that, according to the interviews gathered in the video, is as strong and as addictive as heroin.

What are the effects of synthetic marijuana?

The use of Spice causes…

What are the symptoms of synthetic marijuana withdrawal?

This drug may have been created to mimic marijuana, but the effects of Spice and its impact on the body are miles away from those of weed. The documentary clearly shows how the young Spice addicts develop severe withdrawal just a few hours after stopping the intake, with symptoms remarkably similar to those of crack withdrawal. The sad fact is that Spice is a dangerous substance that is closer to hard drugs such as methamphetamines and even heroin than to cannabis, causing rapid physical and mental deterioration – many users have been rushed to hospital in the last years – as well as numerous overdose deaths. As for cannabis, no weed overdose deaths have been registered to date. Here are the symptoms of synthetic marijuana withdrawal:

Why was Spice legal in the UK for so many years?

Here is the million-dollar question: How is it possible that such a harmful substance was legal for years and cannabis instead constitutes an offence punishable by a prison sentence? As we see it, this is definitely a sign that something is wrong. Economic interests? Stigma? Well, you can watch the video and draw your own conclusions.