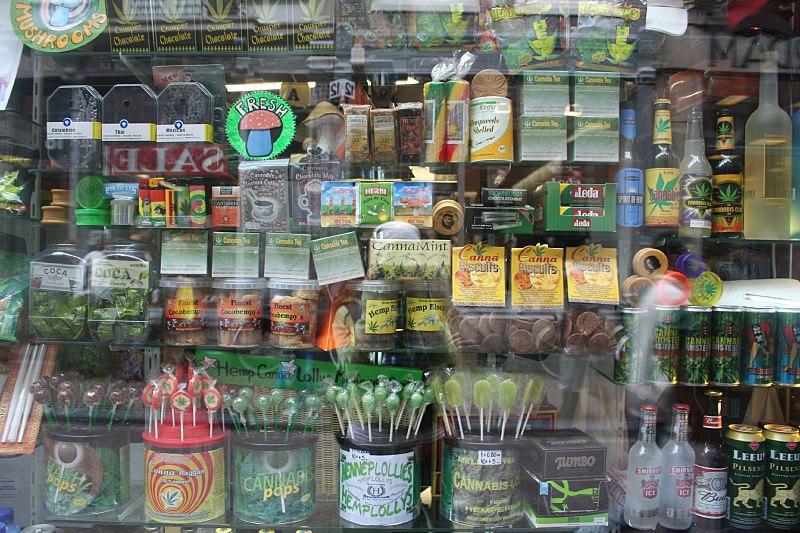 With cannabis gaining acceptance throughout North America - medical marijuana is legal in Canada and in about half of the US states, while the recreational use was green-lighted in the West Coast earlier this year and is expected to be legalised by June also in Canada - the industry is paying particular attention not only to cultivation but also to the development of new consumption formats.

A boom that has resulted, among other things, in the team-up the alcohol and the cannabis industries, two historical enemies that are now working together in the development of cannabis-infused beers, energy drinks and even cocktails - not to mention cannabis coffee pods.

Also, the health industry is going beyond the typical CBD-rich creams and oils and has started to target pills, transdermal patches and even cannabis powder. This will be marketed to edible makers and also direct to consumers, who can then mix the product with water.

This new scenario has attracted the interest of entrepreneurs and investors alike, who see the plant as the new cash cow and put their creativity to the service of the public's expectations with the development of all sorts of innovative products. Here are some of the most successful ones.

Beer and other cannabis-infused alcoholic beverages

If you can't beat your enemy, join them, goes the saying. Well, this seems to be exactly what the alcohol industry, perennial foe of cannabis, has thought, as is now marketing more and more cannabis-infused alcoholic beverages as a means of attracting new customers.

Constellation Brands, the wines and spirits company behind Corona and Modelo beers, has signed a collaboration agreement with cannabis multinational Canopy Growth for the creation of a line of cannabis-infused alcoholic beverages. And while the conglomerate has no intention of selling cannabis products in the US until the substance is legal nationwide, sales in Canada will start this year - legalisation of recreational cannabis is expected by the summer, although edible and drinkable products may have to wait until 2019.

The partnership comes amidst signs that alcohol consumption is dropping in favour of cannabis. According to consumer surveys covering 80 years of alcohol and 35 years of cannabis use in the US, 80 per cent of cannabis users reduce their alcohol intake when cannabis comes into play.

Meanwhile, cannabis-infused, non-alcoholic drinks have also found their niche in America and worldwide. Dixie elixirs, for instance, are all the rage in Colorado, where recreational cannabis was legalised in January 2014. Flavoured with watermelon, peach or lemon, each bottle contains about 90 mg THC and, as warned by the manufacturer, the effect of the product may vary depending on a number of circumstances, among which an empty stomach.

In view of Canada's imminent legalisation of recreational cannabis, interest has been shown also from the coffee industry. Toronto-based Club Coffee, for instance, which has been operating since 1906, has recently partnered with CannaTrust, a licensed producer in Canada since mid-2014. The result of the partnership is Cannabis Coffee & Tea Pod Company Ltd, which will market cannabis-infused coffee, tea and chocolate single-serve pods under the name BrewBudz for use in Nespresso and Tassimo type brewers. In what can be seen as a sort of product trial, BrewBudz will initially be made available only in the US, where customers are more used to this type of formats.

BrewBudz, however, is not the first brand to have innovated with coffee pods. For a price of $10, Jane's Brew offers the possibility to enjoy its fast-acting, long-lasting pods, containing 10 mg THC and no traces of cannabis taste or odour. Its success has been such that the product has been awarded the prize for best edible at HempCon.

Tired of the overused creams and oils, the medicinal cannabis industry is also trying to reinvent itself, and is now beginning to cast its eyes towards the narrower sense of medicine, among which pills and transdermal patches (popular in smoking cessation treatments).

At least this is the view of Richard Goldstein, cofounder of the Canadian company Canntab Therapeutics, who recently talked of the need to bring medical developments into medicinal cannabis. A challenge that the company will address in collaboration with Canada-based producer Emblem.

Goldstein believes their products will be well received by the medical community because they allow dose adjustment just like any other pill. "Our pills are extended release, so they last 12-18 hours. It's made to keep you in a mid-point zone for pain treatment," Goldstein said. Other alternatives include cannabis patches, developed for the treatment of muscle diseases or to help with tobacco dependence. These are adhered to a venous area of the body, like the wrists, allowing for a slow release of a relatively high dose of cannabinoids. According to those who have already tried them, the effect is totally different to other methods of cannabis consumption: While with smoking, the effect is delivered in a few minutes, these patches last for hours and do not induce hallucinations.

Science is paying very close attention also to terpenes, which, it turns out, are significantly more valuable than we realised because of the interaction between these and cannabinoids in what is referred to as entourage effect. This means that THC and CBD wouldn't be as beneficial where it not for terpenes.

Fuelled by this finding, these aromatic compounds have been on the increase in recent years, with the cannabis industry striving to seize this new business opportunity. Perhaps, the most tangible result is terpene profiles, 100% natural concentrates that replicate the flavour and the aroma of different cannabis strains. The process involves extracting the terpenes of a given strain in a lab environment and replicating the obtained concentrate using the same terpenes, but this time from legal plants.

At the forefront of this terpene revolution are brands like Cali Terpenes and Pure Sativa, both of which market perfect replicas of the terpene profiles of exotic strains such as Tropicana Cookies, Blackberry Kush and 707 Truthband. Aimed at those who like to enjoy the aroma of cannabis without its psychoactive effect, terpenes can be added to cigarettes, vaporizers, creams, lotions, massage oils and even to cannabis itself if, let's say, a bud loses its essence along the way.

One of the biggest innovations in the cannabis world is definitely powder. Co-developed by grower THC Design and the biotech company Made by Science, it contains over 80% THC and can be easily dissolved in water or sprinkled onto foods. While places like Colorado and Washington are not new to cannabis (and starch)-based powders, its makers claim their product is completely different, and define it as the one of the first easy-to-use, water-soluble, cannabis-extract mixture in the world.

Ryan Jennemann, cofounder of THC Design, added that the company plans to market the product to edible makers who now use THC oil to produce brownies, cookies and sweets - while oils don't ensure an even distribution of THC, the micro-encapsulated, "patented and proprietary" powder gives you the certainty that each serving will have the same THC dose. According to their creators, the powder can be used like any other cooking ingredient. "It's like adding sugar or flower," says Made by Science CEO. "You can even sprinkle it on top of food."

This is why they are also planning to sell the product direct to consumers in dispensaries in LA. Patients can mix the powder with water and get the effect in one gulp. And it doesn't stop here, as the creators are already working on a version that can be used as a hangover remedy, just like you would do with ibuprofen.

In short, new consumption formats that are already available in the market or that will soon be and that are bringing cannabis and its many benefits closer to users. Would you consider trying them?