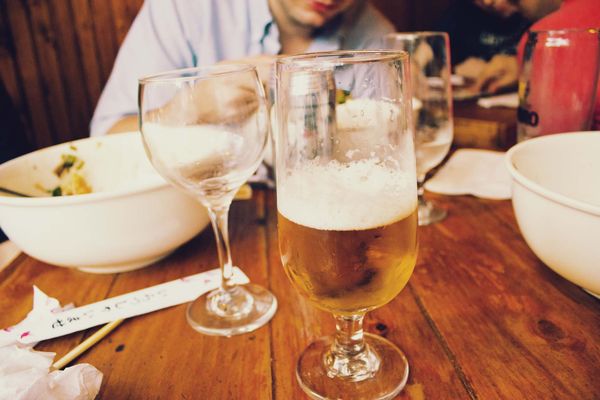 Alcohol and cannabis are a common combination. For many it is customary to mix the two substances at social events, party nights, or simply long evenings chatting with friends, enjoying both beer and cannabis. And, as you've probably noticed, the effects of each of these substances consumed separately change when they are taken together.

Even regular cannabis users will notice the different effect that the plant causes when mixed with alcohol, though the truth is that today there are not many scientific studies explaining why this is so. There is no shortage of personal accounts on this point, but there are few empirical, verified evaluations of it. It should be recalled that research on the interaction between cannabinoids and the human endocannabinoid system is relatively recent, and is not very abundant. Hence, analyses of the combination of these components with other substances are almost non-existent.

The effect caused by the two substances on your body will depend on your age, sex, weight and tolerance, among other factors.

Although there is a lot of misinformation, it is clear that the effects on the body of the combined consumption of alcohol and cannabis vary in each person. Keep in mind that the effect caused by the two substances on your body will depend on your age, sex, weight and tolerance, among other factors. The effect will also vary depending on the type of cannabis used, the mode of its consumption, the alcohol's strength, and the quantities of both taken.

Regardless of these variable factors, there is at least one irrefutable truth; for the drafting of this article three studies were examined, and they all agreed: alcohol magnifies the effects of THC. Why is this? And what are the risks to our health?

The fact that alcohol is a substance that dissolves THC means that the body receives more THC when we drink. Our body has the tools necessary to liquefy THC, which favours this active component of cannabis reaching the blood in higher volumes. With the amount of THC in the blood doubled, it ensures duplication of the effect of the cannabinoid in each of the organs through which it passes, including the brain.

Studies on the effects of mixing cannabis and alcohol

This conclusion is drawn from "Interaction with other drugs: metabolic interaction", a study carried out at the Department of Pharmacology at the UMA School of Medicine, by Dr. José Antonio González Correa. The findings of this study indicate that the effect of THC "becomes longer-lasting" when cannabis and alcohol are combined. It does not clarify whether the order of the substances changes the results; that is, whether one must be consumed before the other.

This hypothesis is also advanced in the study "Ethanol increases plasma tetrahydrocannabinol (THC) levels and subjective effects after marijuana smoking in human volunteers", completed at the Harvard Medical School, dated in 2011, and headed up by Dr. Scott Lukas. In this case the experts investigated the differences in the effects caused by cannabis amongst individuals who only used cannabis, and others who also drank alcohol.

For this experiment they used doses of cannabis, ethanol and placebos to verify the different effects that marijuana had on those who drank alcohol vs. those who did not. It turned out that the THC levels in the blood of those who smoked and drank were double those of the people who only smoked. Hence, the data suggest that ethanol enhances the activity of this psychoactive cannabinoid in the blood.

The Australian Government, in its publication on "The Health and Psychological Consequences of Cannabis Use" also researched the effects of mixing these substances. In Oceania they issued the same findings in their report: the effects of THC in the blood increase after alcohol consumption. This publication, available on the Australian government's website, also notes that the two substances "are considered suppressors of the Central Nervous System, and possess significant analgesic properties."

What are the risks to our health of ingesting twice the THC we expected?

No publications clearly indicate the risks entailed by ingesting twice as much THC. And yet, obviously, if we know that the effect of the cannabis we consume will be doubled by drinking, we ought to consume half the cannabis we normally would, or we expose ourselves to excessive effects.