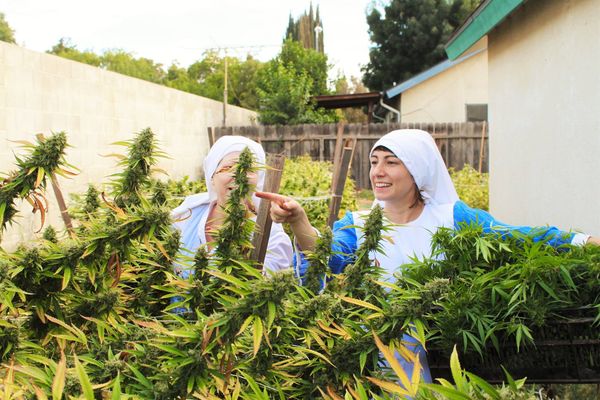 They have not yet attain their goal, but their tireless fight, right up to the last moment, has elicited admiration on the Web. Sister Kate and her assistant, Sister Darcey, have fought the ban on the sale and cultivation of marijuana in their town, Merced (California), in the way they knew best: on the Internet, the platform that brought the "Sisters of the Valley" fame, thanks to their music videos.

Finally, on Monday the City of Merced voted in favour of provisionally prohibiting the sale and cultivation of cannabis, even for personal consumption - at least until the local government can review the matter. The measure's aim is to leave control over regulation in the hands of local authorities, a prerogative they would have lost on March 1, with California's much more permissive state law prevailing.

Thus, a flaw in California law has had the unpleasant upshot that humble growers like Darcey and Kate are forced, for now, to abandon an activity that did a lot of good for a lot of people.

Sisters of the Valley hope their medicinal cannabis products will stay legal in Merced pic.twitter.com/9XaLghXrRB

The Sisters of the Valley, who are not religious but call themselves "nuns," and dress like them, have been growing medical cannabis in different formats and selling it over the Internet, dispatching it anywhere in the world. Their tonics and balms contain CBD, but are devoid of THC, the psychoactive component of cannabis that produces "highs."

Theirs is a "spiritual mission": to heal the sick with natural medicines based on cannabis. According to Kate and Darcey their cannabis oil "cures seizures and a million other ailments," while their multi-purpose purpose balm "cures migraines, hangovers, earaches, dermatitis and toothaches," among other things.

The aim of these "YouTuber nuns" is to keep on helping people with health problems, thanks to their favourite plant, but Merced authorities are not making it easy for them. "Accept it, regulate it, and collect taxes on it, that's all we want them to do," they explained. Unfortunately, for now their appeal has been rejected.