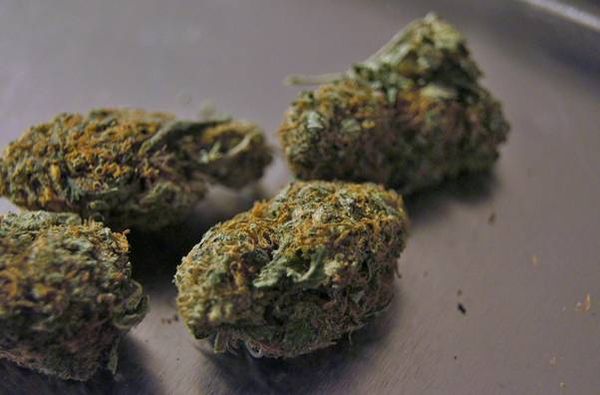 Having the support of a famous face is definitely a competitive asset, particularly in the cannabis world, where celebrities supporting legalization and going public about their use are highly regarded. Actress Whoopi Goldberg, rapper Snoop Dog and Cedella Marley, Bob Marley's daughter, are just some of the big names that have shown their interest in marijuana, to the extent that they have developed and catapulted to stardom their own cannabis lines.

One of the most acclaimed brands, particularly by women, is Whoopi & Maya, a line of products aimed at easing menstrual cramps and sponsored by Ghost and Sister Act actress Whoopi Goldberg.

Goldberg talked about her passion for marijuana in a 2014 article by The Cannabist, where she admitted to vaping Kushs strains - instead of using her prescribed medication - to ease her headaches, with almost immediate results. She thought that if it worked for headaches, it could also work for other ailments, such as menstrual cramps, and so she got in touch with industry experts like Maya Elisabeth, founder and owner of OM Edibles, a medical cannabis company run by women and winner of seven High Times Cannabis Cup awards. 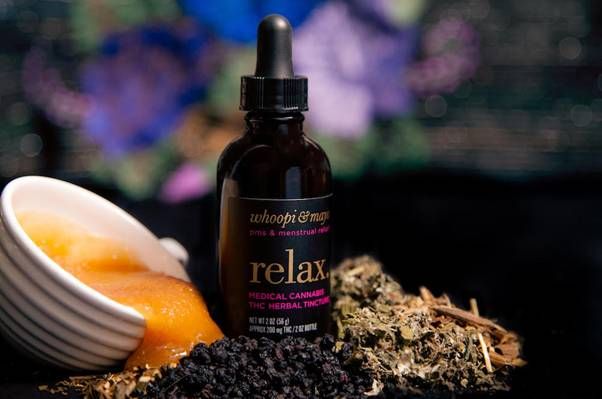 Since then, Whoopi & Maya's popularity has only risen, winning over consumers with edibles, creams, oils, tinctures and even a THC-infused bath soak they describe as "profoundly relaxing". They use CBD-rich cannabis strains to treat swelling and pain, but also THC "because both together have a combined effect, it is then that cannabis works its magic, when both cannabinoids are there." They have built their success on providing an effective solution to a problem of a significant section of the population that hadn't been addressed with cannabis products so far. "Smoking a joint is fine, but most people can't some a joint and go to work," says Goldberg with regard to the wide range of products they offer.

Whoopi Goldberg is not the only celebrity that lies behind a cannabis line of products popular among American women, Bob Marley's daughter has also joined the cannabis industry with her own weed business. Just like her father, Cedella Marley is a cannabis devotee and has paid a very special tribute to her daddy in the form of a line of products of her own, Marley Natural. 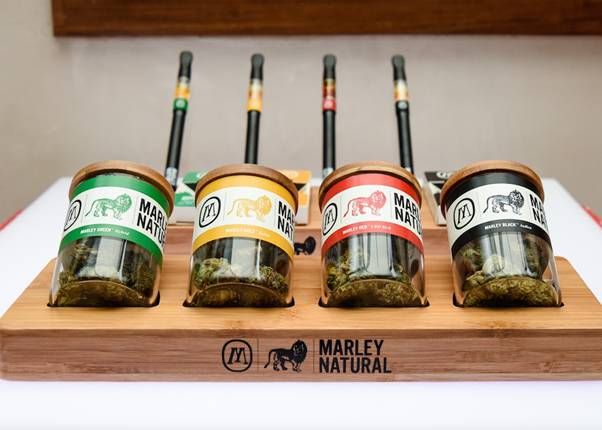 The brand markets four classic strains which have been rethought to cater for all needs: Marley Green, a hybrid that combines the heady effects of Sativas with the physical relaxation of Indicas; Marley Red, rich in CBD and with painkilling, anti-inflammatory and anti-anxiety effects; Marley Gold, a highly cerebral Sativa and Marley Dark, a profoundly relaxing Indica.

Marley Natural offers also a wide range of accessories, such as bongs and vaporizers, as well as a line of personal care products made from cannabis.

Another big name in the cannabis world is rapper Snoop Dogg. The artist, who has repeatedly used his songs to talk about his penchant for weed, was one of the first celebrities to lend his name to a line of cannabis products, Leafs by Snoop. With a branded packaging that remains that of craft shops, Dogg markets his strains in the most varied formats, from flowers to concentrates made from cannabis. Examples of the available products are a potent Northern Lights wax and a Lemon Pie shatter, which can be found in over 50 points of sale in Colorado, - the state legalised cannabis in 2014. 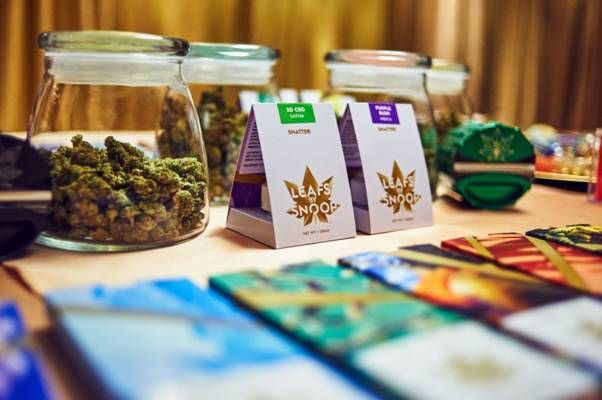 Another popular strain in the United States is Khalifa Kush, at the heart of which is rapper Wiz Khalifa's eagerness to create "a potent strain that makes you fly". The composer of 'See you again', included in the soundtrack of Furious 7, made his strain popular thanks to San Francisco dispensary The Cookie Co. 415.

Just over a year ago, the rapper partnered with RiverRock Cannabis, based in Colorado, to launch a new line of cannabis products including his popular strain Khalifa Kush, a cross between an OG Kush - an Indica-dominant hybrid with relaxing body effects - and a Lemon Thai - a highly cerebral Sativa. According to RiverRock Cannabis CEO, Norton Arbeláez, users will find the citrus aromas with hints of wood Americans are so fond of, but the really special thing about the strain is the potency. "It is highly euphoric, generating a long-lasting feeling of well-being with no somnolence or lethargy whatsoever," says Arbeláez, adding that its therapeutic properties include pain relieve and stress control. 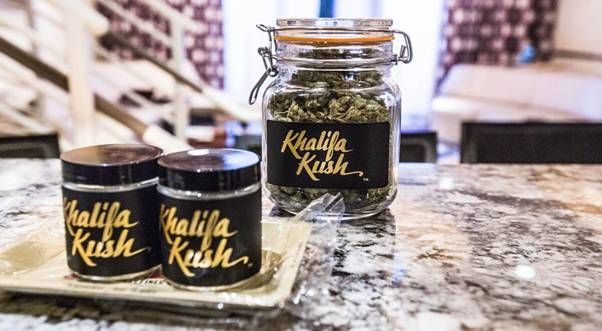 Available for purchase at various dispensaries and shops throughout the country, this is not the only product developed by the musician, who he has also lent his name to a line of rolling paper by the renowned accessories brand Raw.

Other derivates and devices named after celebrities

Among the famous faces that have never made any secret of their liking for weed are also actors and musicians Tommy Chong and Cheech Marin of comedy duo Cheech & Chong, highly successful in the United States during the 70's and the 80's. Now their brand Cheech & Chong Glass is a leader in the field of bongs and other glass equipment for smoking marijuana.

Following a cancer diagnosis in 2012, Chong had a break in his career to undergo a series of treatments including hemp oil. A year later the disease was gone and Chong had become a loyal supporter of weed, to the point that he created his own strain Chong Star, a hybrid grown and sold through Marisol Therapeutics at Pueblo, Colorado, where it is highly demanded by users in need of pain relief. The genetics are a closely guarded secret, and with a balanced effect that benefits both the body and mind, one can barely tell whether it is more of an Indica or of a Sativa.

Country singer Willie Nelson is the umpteenth emblematic figure of the cannabis scene to have joined the weed business. The musician, who has lent his name to the brand Willie's Reserve, markets the best creations of independent growers along with classic strains such as NYC Diesel, Lemon Skunk and Golden Goat. 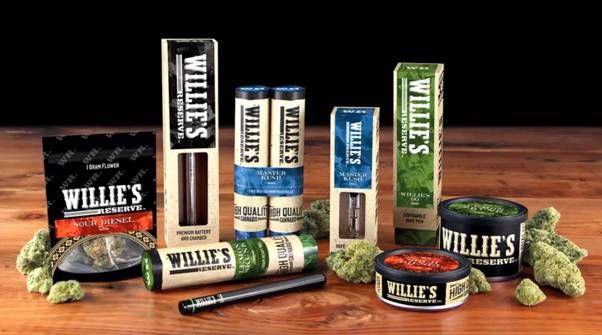 A most peculiar product that has gained popularity in recent times is the line of cannabis infused wines by rock singer Melissa Etheridge. The winner of an Oscar and multiple Grammy awards decided to join the cannabis business after fighting the side effects of chemotherapy with cannabis during her battle with breast cancer.

The strain used for infusing such amazing beverages is a complete mystery. What we do know is the price: 420 dollars a bottle! "It's expensive, but you won't believe how good it tastes and feels. And is personally signed by me!," says Melissa on her Facebook page.

The reputation of the sponsors of all these cannabis products has definitely contributed to their successful market entry, but it is the experience of users, who have repeatedly praised the quality of the strains used in their production, that has turned them into real must-haves