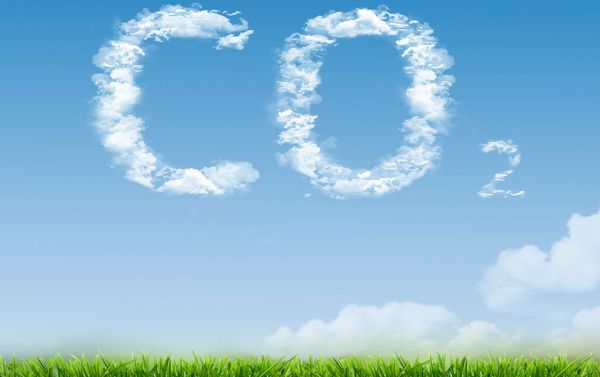 Maybe you’ve already heard of Co2 being used to improve cannabis yields, but you’re only familiar with methods which are quite complicated and expensive. In reality, this doesn’t have to be the case because there are various ways of using this system. Here we explain everything you need to know about this little trick which, when used correctly, will help fill your cupboards with heavy, succulent buds of marijuana. Let’s take a look at them.

Co2 is a clear, odourless, non-flammable gas that can be found in the air. It’s as simple as that. As you probably know, plants absorb Co2 and turn it into oxygen during the photosynthesis process. The process is reversed with humans as we breathe in oxygen from the air and exhale Co2; this is why it is so important for us to coexist and have a good relationship with the plant kingdom.

Photosynthesis takes place in the leaves of the plant when they absorb sunlight. With the aid of chlorophyll and carbon dioxide (Co2), they produce the substance which is our lifeblood. The plant also gives off oxygen through its leaves throughout this process. This is why Co2 - which can be found naturally in the air at a concentration of 0.03% -0.04% (300-350 parts per million or ppm) - is crucial for photosynthesis and the subsequent development of the plant. When there is an abundance of Co2 in the atmosphere, it therefore helps to stimulate photosynthesis and speed up the process, increasing growth and production.

How can we use Co2 for growing marijuana plants?

When growing cannabis indoors, it is really important to make sure the air in the room or the cabinet can circulate via an insertion and extraction system. This will ensure that the levels of Co2 remain high enough and the marijuana plants receive the quantities they need to develop correctly. As marijuana plants have a rather fast metabolism, they can use up all the Co2 in an enclosed grow room in just a few hours. If this were to happen, we would have a serious problem on our hands because photosynthesis and growth are practically zero when Co2 levels fall below 0.02%.

But… what happens if we don’t just keep CO2 at the “correct” level, but increase it so that it is higher than the concentration found naturally in the air?

By “enriching” the atmosphere with carbon dioxide, we can enhance the performance of the plants:

• It speeds up the metabolism of the plant, which increases growth and development (by upto 30% when the other conditions are optimal and water, light and nutrients are not restricted).

• It reduces the length of time that the marijuana plant takes to grow and increases productivity.

• The plants become more resistant to environmental factors or shock due to stress.

This system is known as Co2 or carbon dioxide fertilisation and involves adding more carbon dioxide to the atmosphere inside the grow room upto an optimal level of between 0.12% and 0.15% (1200ppm to 1500ppm). The process should ideally take place when the lights are on. In other words, you should try to avoid adding Co2 when the plants are “sleeping” (the roots need oxygen at night in order to grow). It is also a good idea to stop adding Co2 during the last two weeks of the growing process.

When using this system, we have to remember that the marijuana plants will need more water and nutrients as they are growing at a faster rate. If you decide to to use CO2 fertilisation with your cannabis crop, you should therefore monitor the needs of your plants very carefully because you’ll probably need to water them and add fertiliser more often. In any case, you shouldn’t get too carried away - the most important quality for a good grower is the ability to observe and interpret signs and symptoms.

It is also important to control the system which adds and extracts air. There’s no point adding Co2 to a grow room if the air circulation system is too powerful, because we’ll end up wasting time and money. The key is to control how much Co2 we are adding and when, and to play around with the air system to make sure it is on the perfect setting.

There are several systems for increasing Co2 in the atmosphere. It is vital to keep the levels under control at all times because when they are too high (concentrations higher than 2%), it can be harmful to our health. It is important to really focus on this because Co2 can be fatal to humans when the concentration is too high. The effect on health will depend on both the concentration of the gas in the atmosphere and the duration of exposure. This is why you should monitor the level of carbon dioxide at all times if you are using this method to grow cannabis and make sure it does not exceed 0.15%.

What kind of CO2 fertilisation systems are available?

• Co2 generators: These devices are very similar to a greenhouse and produce carbon dioxide through combustion.

Pros: They are effective and easy to operate

Contras: They are expensive and often can’t be used during summer because they cause the temperature to increase. As heat and water are by-products of combustion, this can cause the humidity levels in the atmosphere to rise significantly and lead to the appearance of fungus. It is best to have a system for controlling and reducing humidity if you are going to use a Co2 generator. If the fuel is not sufficiently or completely burned up, Co2 generators can also release other toxic gases. 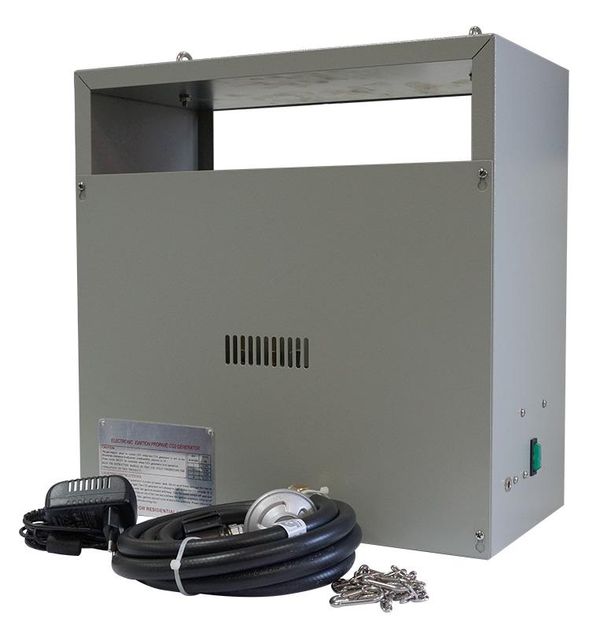 • Co2 injection systems: Cylinders containing carbon dioxide are set up and release the gas into atmosphere in a controlled manner via a flow meter, solenoid valve and timer.

Pros: They are very easy and simple to install. They are also practically risk-free because they don’t produce toxic gas, heat or water.

Contras: These cylinders must have a measuring gauge to control the amount of Co2 released into the atmosphere, and these gauges generally don’t come cheap. You also have to make sure that the dosage system is working correctly from time to time. It is generally quite an expensive system and cannabis grower will need to have some level of expertise. 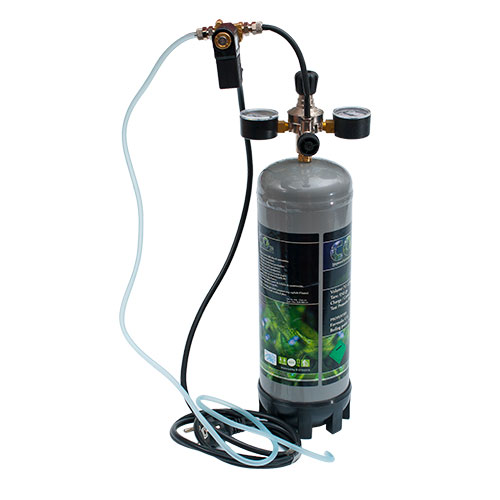 • Yeast: This system uses the same fungus which helps bread to rise. The yeast acts on sugars and carbohydrates to produce alcohol and Co2, and it achieves optimum levels of performance at a temperature of 26ºC.

You can do this easily at home by mixing together a cup of sugar, a packet of yeast (the kind used in bakeries) and three litres of warm water (make sure that it is not too cold or too hot because the yeast will only be active at a certain temperature). Put the mixture into a container (e.g. a water bottle) and pierce the lid so that the Co2 produced by the fungus can be released into the atmosphere. Voilà! Easy, simple and cheap.

Pros: This is very easy to do and cheap. It doesn’t generate heat, toxic gas or water, and it doesn’t require electricity either.

Cons: The mixture must be changed upto three times a day. It is also difficult to measure how much Co2 is produced, which means that it is hard to keep the levels stable. The fermentation process gives off a very strong and unpleasant smell. We don’t recommending using this system for large-scale cannabis crops.

• Dry ice: This system involves blocks of frozen and compressed Co2. When placed in a grow room at room temperature, they start to melt and turn from a solid into a gas. They therefore release Co2 continuously into the atmosphere and fans can be used to distribute it throughout the room.

Pros: It is a clean and discreet system that doesn’t produce other toxic gases, heat or water. It is convenient and easy to set up.

Contras: It is difficult to store and the process cannot be halted once the ice has begun to melt. The only thing you can do is slow the process down by insulating the blocks in freezer boxes (always remember to leave an outlet for the Co2 to escape). This can end up being very expensive if it is being used continuously. It is also often hard to control due to the temperature of the grow room. The dry ice might be melting more quickly than you need, and this can make the system slightly unstable.

• Sodium bicarbonate and vinegar: This system is suitable for grow rooms which are not too big and involves setting up a system which allows vinegar (acetic acid) to drip onto a base of sodium bicarbonate. The reaction between these two substances will produce small amounts of Co2 that are released into the atmosphere.

Pros: It is a cheap, homemade system which is easy to set up and it does not produce heat or water vapour.

Cons: The main problem associated with this system is that it makes it difficult to control the optimum level of Co2 in the atmosphere. It takes a long time to reach the required level but on the other hand, it can also keep on rising to levels which are too high and can be detrimental to the plants.

• Buckets or bags of compost: This option lies somewhere between the more expensive, complex systems and ones which are completely homemade. It involves bags or buckets of organic compost which releases Co2 naturally.

Pros: This system is convenient, easy to install and each bucket lasts 90 days (enough time to cover a whole crop). It does not give off heat, water or residual toxic gases.

Cons: The process cannot be interrupted once it has begun. It is not a system that can be turned on and off whenever the grower wants.