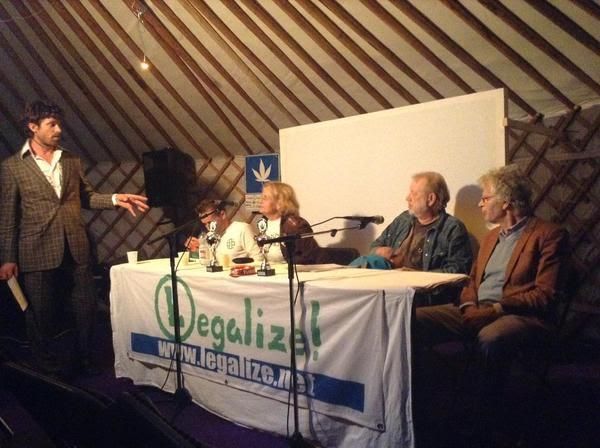 In Holland the use of cannabis for medical purposes has been allowed since 2003 and it has been legally sold in pharmacies since 1 September of the same year. That was when the Medical Cannabis Office, attached to the Ministry of Health, Welfare and Sport, began to distribute legal medical cannabis to patients that needed it, in accordance with what was outlined by the 1961 United Nations Single Convention of Narcotic Drugs.

Thus, Holland became the first country to supply marijuana in pharmacies, while Great Britain, some areas in the United States, Australia and Canada were all still in the process of trying to achieve that. Since then, more than 2,000 pharmacies have been legally required to have medical cannabis in stock, as well as to provide instructions about how to prepare tea infusions with the plant and how to consume it with a vaporiser. At that time, it was hoped that around 10,000 patients could benefit from the new medication.

Marijuana is especially used to relieve symptoms resulting from certain illnesses such as AIDS, terminal cancer, arthritis or multiple sclerosis; and people travelling outside of the country can even carry the medication if they possess relevant certification. However, despite the advantages of this country compared to others that are more restrictive, such as Italy and Spain, not all matters relating to the Dutch medical cannabis program are positive for its patients. There is still progress that needs to be made and prejudice to be eliminated. 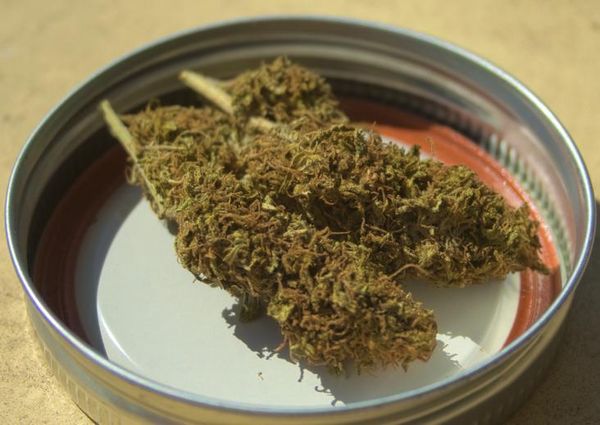 A little over a year ago, on 12 June 2014, the Foundation Patient Group Medicinal Cannabis (PGMCG), was established with the aim of bringing together patients from all over the country in order to stand up against a conservative government that was beginning to take regressive steps in matters relating to cannabis policies. The group also aims to offer guidance to patients for any issues involving the consumption of cannabis for medical use.

52-years-old Marian is the group’s founder. She suffers from fibromyalgia, osteoporosis, sleeping problems and chronic pain, and as a result of it she has been medicating herself with marijuana for the last twenty years. Three years ago, a doctor legally prescribed it to her for the first time. She explained to Dinafem that she now works to normalise perceptions of the plant, its extracts and derivatives as a “tool for medicinal support” as well as helping sick people to understand the plant’s possible uses.

“Patients usually have doubts about how to convince their doctor that medical cannabis is suitable for them”, she states, although the group also receives enquiries from medical professionals who wish to have more information about the treatment of certain illnesses with this remedy.

Dutch patients are lucky to have a system that means that the Medical Cannabis Office is responsible for producing cannabis, supplying it to pharmacies and allowing them to sell it legally to patients. Having said that, patients can only obtain it with a medical prescription and when standard medication is not working for them or has too many side effects.

The same organisation is responsible for producing marijuana for scientific and research purposes and can export cannabis medication to other countries (such as Italy, Germany, Finland, Canada and the Czech Republic) when it is commissioned to do so. 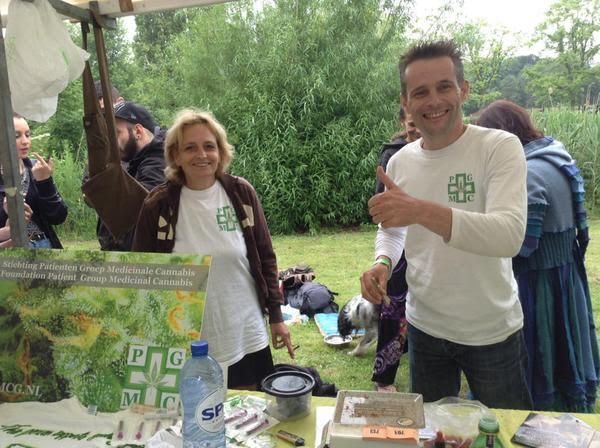 Despite the fact that the Medical Cannabis Office is the only body authorised to produce medical marijuana as an exception, in 2006 a Dutch court decided not to fine a patient that had to cultivate his own plants “due to an emergency situation”. Therefore, the ruling “was exceptional for this patient” explains Marian, before adding “We are not free to produce marijuana”.

The organisation works with a certified laboratory that is responsible for controlling packaging in order to ensure that “patients receive safe cannabis”. Among other things, they check the cannabinoid content, the product’s stability, moisture level, and whether the product contains pesticides, heavy metals or other types of substances.

At the moment, Dutch pharmacies only sell five strains of medical marijuana (Bedrobinol, Bedrocan, Bediol, Bedica and Bedrolite), and Marian believes that this is still a very limited choice. Each batch of medical cannabis that a pharmacy receives has its own certificate, and it should specify any information relating to the product.

Despite the fact that the Medical Cannabis Office guarantees the quality of the cannabis, patients do not have access to that information, so they do not know what they are taking. “For us it is a mystery”, says Marian, and she adds that ill people demand to know all of the product details, from the cannabinoids to the characteristics of the terpenes.

What patients can indeed know is the strain’s percentage of THC or CBD (the strongest has a THC level of 22%). Likewise, the transparency of information is not helped much by the monopoly that production is subject to: since March 2005 Bedrocan BV has been the only company under contract with the Dutch Ministry of Health to grow and supply these strains of medical marijuana to pharmacies, and they have listed the strains as registered trademarks. It is a company that specialises in the indoor growing of vegetable products using artificial means. At the end of the 90’s it began operating in the cannabis sector. Currently, as stated on its website, “it is the only company in the world that produces standardised medical marijuana”. 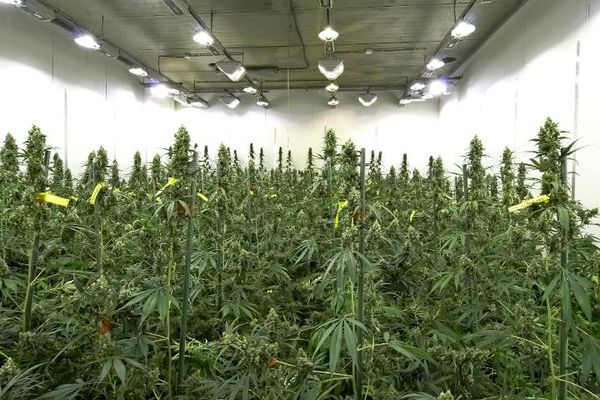 Despite the fact that authorities initially estimated that the number of patients benefitting from the medication would rise to 10,000, Marian states that at the moment only 1,200 patients purchase the plant in Dutch pharmacies. “Many people probably still obtain it illegally” she admits, perhaps through coffee shops, where according to the Medical Cannabis Office, cannabis is sometimes contaminated by pathogens.

However, many patients have no other option than to purchase marijuana through different means, given that pharmacies are usually every expensive (around 10 euros per gram) and because, at least for the moment, it is not something that the State finances: only one in five people obtain the monthly medical cannabis they need without having to pay for it.

Those who do obtain it for free do so through private insurers, given that with the Health Insurance Law that came into effect in 2006, these bodies can decide whether or not to charge for the cannabis required by their patients. As each company is free to establish its own rules, not all of them offer this service, which is the why the PGMCP is talking to them so that they begin to trust in the benefits of the plant and start to support the ill people. 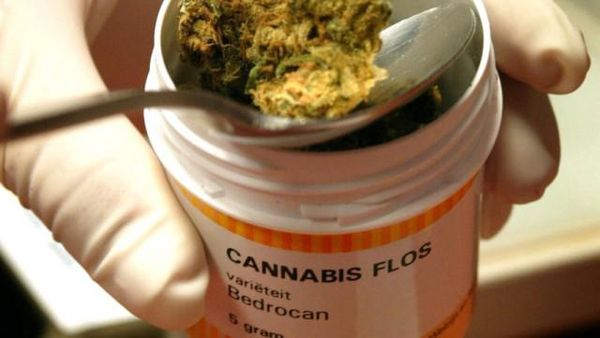 On the other hand, despite being a pioneering country in terms of selling medical cannabis, Marian believes that it is necessary to put an emphasis on cannabis research, and she states that in this regard, Holland has never been a benchmark. Rather, it is a long way behind countries such as Israel, Canada, the United States and even Spain. Therefore, she hopes that studies on the plant are encouraged, especially those linked to cancer, and also that the public can begin to receive more information and advice about the issue because “that is where the road towards legalisation begins”.

In fact, she thinks that in order for the medical cannabis sector to be really effective, legalisation in every area will be necessary (also for recreational use). “We hope that the Government regulates marijuana completely” because it would reduce a lot of crimes, entail economic benefits and make the most reluctant sectors start to believe in the medical benefits of the plant.

However, she predicts a difficult future, especially because lately, Holland has been criminalising everything to do with cannabis. However, she trusts that everything is possible if patients, scientists, doctors and lawyers unite. “We are stronger together”. 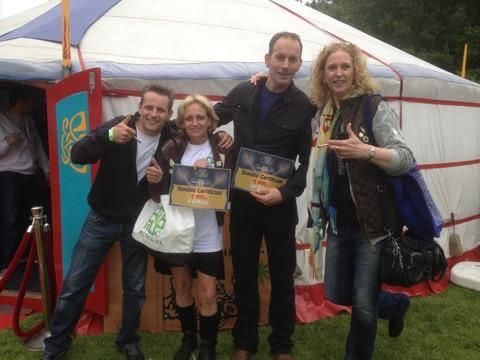