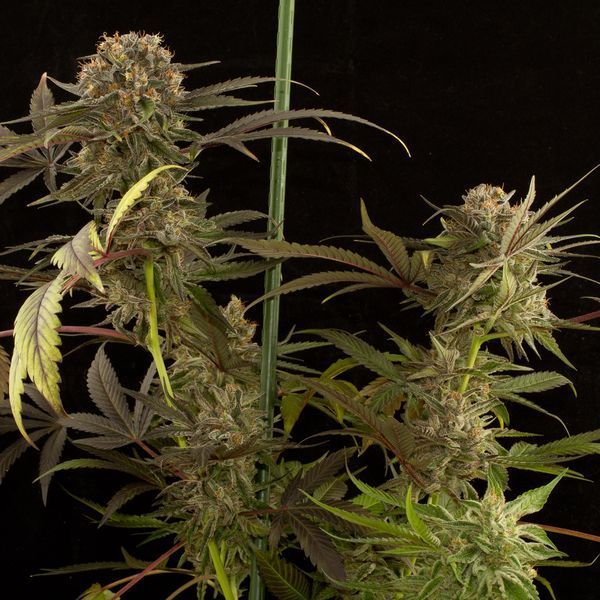 A mix that proudly embodies its predecessors' traits

OG Kush is an elite genetic that has been sweeping the US market for years, thanks to its strength and flavour, while Blueberry, the most famous creation by breederDJ Short, is defined by its aroma and stunning visual characteristics. Our Original Blueberry used for this crossbreed is mainly Indica (80% Indica, 20% Sativa), selected in 2000. It was inevitable that these two well-established genetics be brought together to combine their strengths in a balanced way.

What does Blueberry bring to OG Kush? The first and most obvious thing is the colour. Having a plant with the gustative quality and effect of OG Kush, but with a touch of colour like that offered by Blueberry with drops in night-time temperatures, was a very attractive option. This plant can exhibit different shades depending on its growth conditions, ranging from blue and purple to lavender on its upper branches, while the lower layer of the canopy can retain some very distinct tones of green.

But it is also true that Blueberry exudes an aroma that is very different from that of OG Kush, which is an overtonestrain, giving off a very powerful, clear and obvious aroma. Blueberry, meanwhile, offers undertones, which are more subtle, creamier, and more evocative of berries. It is a kind of scent that is not as strong on the nose, like the smell of ammonia or gasoline, but is very dense and penetrating. In the end Blueberry was used as a pollinator, and the combination works very well, as the result is still the classic Kush aroma, of petrol with hints of lemon, but with creamy notes of berries delivering density and dazzling the taste buds. 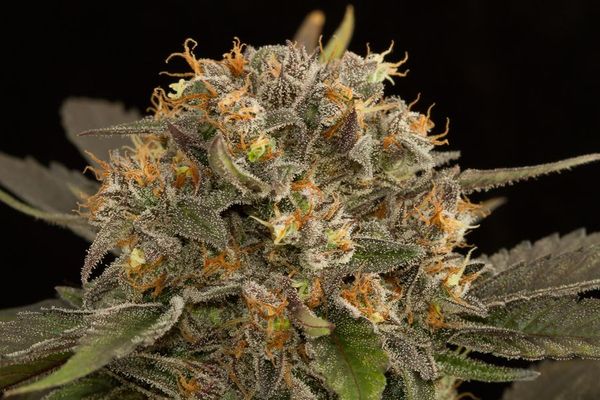 As is true of its flavour, OG Kush also has a very characteristic structure, with branches that can even stretch too far. Blueberry's branches also stretch quite far; though it is an Indica plant, it grows a lot like a Sativa. But it does not exhibit the extremes OG Kush does. The thing about this hybrid is that it furnishes the plant with a stouter, more compact structure and an average height that yields good results indoors, particularly using hydroponics or the SCROG or SOG optimised growing methods.

In the case of Blue Kush, the stems are much thicker than on OG Kush plants, with shorter distances between the nodes, which helps to support the plant's weight. This is a very important factor, and with this hybrid we have produced a more conventional structure, but not as stretched as that of an OG Kush, whose thin stems often must be guided, due to the risk of breakage from the buds' weight.

This is why Blue Kush lends itself well to growing with SCROG systems; while it still stretches quite a bit, to adapt to the mesh, it also does better without support. And, once it begins to bloom, it will still stretch quite a lot. Blue Kush is also ideally suited to the SOG (Sea of ​​Green) system, where no pruning is performed.

A high with a creamy, fruity flavour

Our Blue Kush strain packs a THC level of 18% and from 0.1 to 0.2% of CBD. Thanks to its high percentage of THC it packs a powerful punch, is very relaxing and long-lasting, and offers a good physical/mental balance. Many consumers, particularly in Canada, are attracted by Blue Kush's combination of psychoactive effect, aroma and flavour.

Its productivity is also high, and it is an easy plant to grow, blooming in no more than 60 days. It grows strong, producing compact and resinous buds that are beautiful thanks to their combination of bright purples and blues. And it features a fragrance that includes notes of lemon and gasoline, followed by red fruit, which, after drying and curing, become genuine marvels of flavour. Buds that, in short, are truly appetizing. A true delight for the senses. 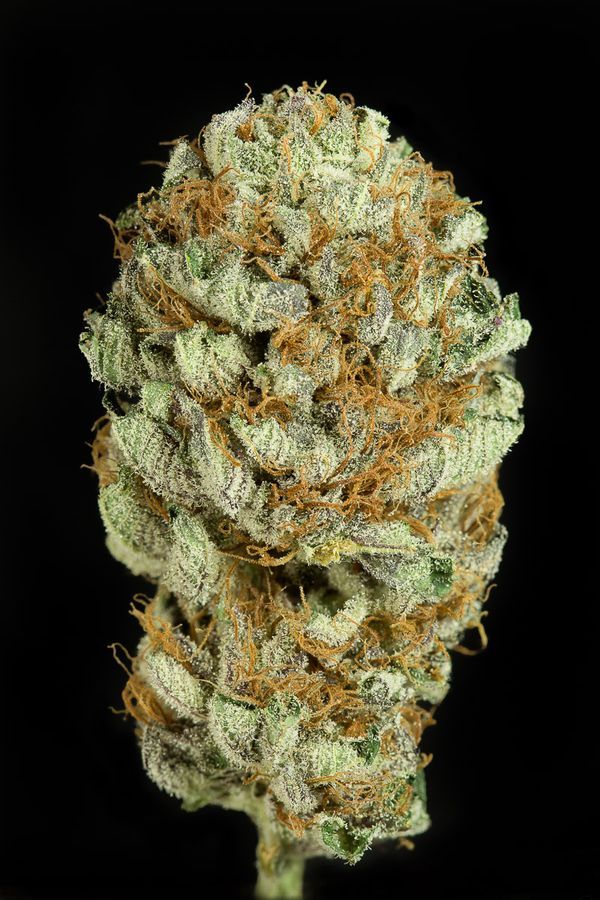