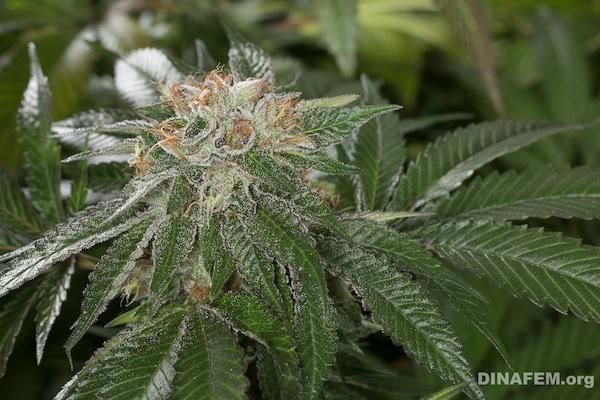 Bubba Kush is one of the most popular varieties in the USA, one of the most emblematic Kush varieties, and probably one of best Indicas in the world. At Dinafem we have developed it based on our elite Pre '98 clone to offer a strong and stout plant that is easy to grow, with a short cultivation period, and a production of voluminous, very compact, resin-covered buds.

We then crossed this clone with White Widow Autoflowering to obtain a high-quality auto hybrid that is bound to delight lovers of Indica varieties, without any doubt one of the most perfected genetics among automatics. In this video you can check out the characteristics of our Bubba Kush Autoflowering:

But what are the origins of these varieties? And where does the "Bubba" name come from? And what about the "Pre '98" bit? To answer these questions we must travel to Florida in the early 90s; or perhaps we would should travel even further in time and space, to those inter-generational crops that arose many years ago in the Hindu Kush mountains.

The first thing that comes to mind when we hear talk of Bubba Kush is that it may have its most remote origins in a Kush strain, which owes its name to the Hindu Kush mountain range, 500 km of imposing mountains extending from Afghanistan to the north of Pakistan. One might think that the Bubba's history began with the introduction of these Indica varieties in the United States in the 70s. However, according to the breeder who claims responsibility for it, at the outset they had no idea what they were planting. According to his account in a High Times interview, he and his partners began planting marijuana whose names and genetics they did not know, one which they called, arbitrarily… "Kush."

To understand its true origin it is necessary to transport oneself back to the 90s in the US, when many cannabis producers in places like Florida and Colorado began to transform the marijuana industry, growers who were looking for large plants in their harvests, who wanted new things, who handled varieties without having any idea of their names, and who had barely worked with cannabis genetics. Many of them were young college students in search of new cannabis experiences and guided simply by their intuition. 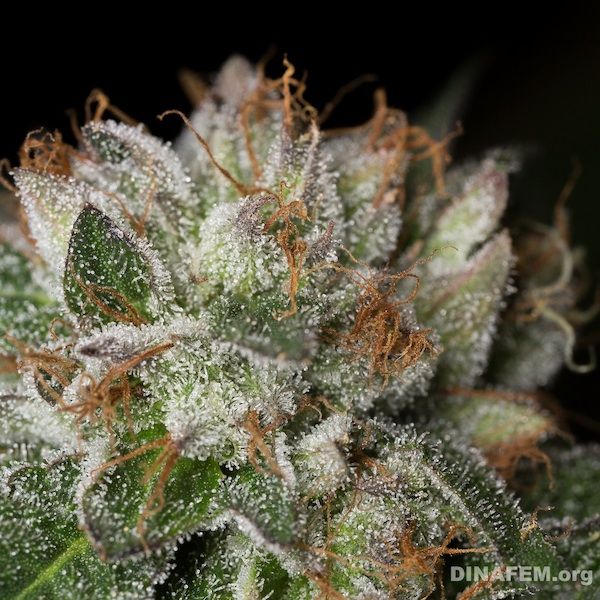 The Bubba Kush lineage began in the early 90s outside Denver, where a grower known as "Bubba" worked; they called him this because that's what he had called his friends (also "bubbis" and similar nicknames) for a long time.

He is a man who is proud of to have been one of the "parents" of Bubba Kush, and, although he admits that some of his memories have faded with the passage of the years, he explains that it was in 1990, in Gainesville, at the University of Florida, where he was studying, when a series of coincidences began that would give rise to "Bubba Kush."

Back then he was living with a flatmate who taught to him to grow and crossbreed marijuana strains, especially Skunk # 1. His contact, in addition, had introduced him to a guy named Learch, who soon became Bubba's best friend.

Learch, in turn, was a friend of Arnold, an Orlando youth who frequently travelled to Gainesville (where Bubba and Learch lived), and who, on one of his trips took a bag of grass containing a couple of seeds from a class of cannabis seeds whose name they did not know. They began to grow it, smoke it, and call it "Kush" - though the grower had no idea what it referred to, and acknowledges that he rarely even knew what he was toking. 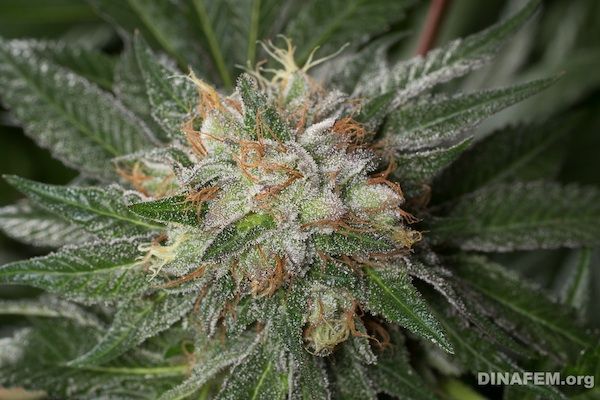 So, they gave it that name without even knowing that there was already a Kush out there. Had they known, they never would have done it. Bubba recognizes that until just a few years ago he didn't know about the existence of Hindu Kush. "We seldom knew what strain we were smoking. If we had all the information that is available nowadays, we definitely would have called it something different," he says.

Shortly after that these roommates began to cross varieties of Skunk with the new Kush, creating strains that they called KX, KY and KZ. The KY turned out best. From that production Bubba began to select the best seeds they had obtained. Some had borne a beautiful fruit, and the plant had grown strong, with buds so fat that they overlapped and prevented light from reaching the bottom of the plant. He found the result so dazzling that he decided to keep the strain and to dub it with his name: "Bubba."

After a while, circa 1996, Bubba moved to Los Angeles with a college friend, to Silver Lake and a place ideal for discreetly cultivating a plantation. There they decided to put KY aside to concentrate solely on Kush and Bubba plants. The Kush was very resilient and fibrous, but it was difficult to grow. Nevertheless, even a bad harvest of Kush was better than anything they could find in L.A. at that time. 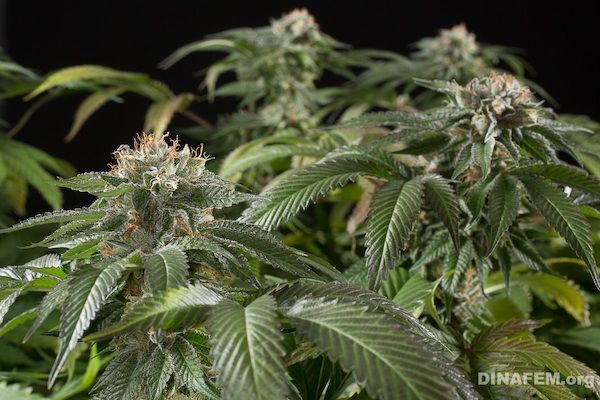 At this point they began to have growing problems, as the apartment they lived in was too small; the plants were too tall for it. The Kush grew very tall, whereas the Bubba was stocky and stout. There was not enough space to grow them together, so they decided to focus on the Bubba. However, without them noticing, during the time when the two varieties had been together, a hermaphrodite Kush had pollinized the Bubba. Thus, Bubba Kush had been born by happenstance. The strain, at first, would play second fiddle (though successfully) to the true star at that time, its sister, the original Kush.

In less than six months this new strain became famous all across California thanks to another paradox of destiny. Back then, at Silver Lake, Bubba had as a flatmate another contact named Josh D., a friend of the music group Cypress Hill. One day the singer B-Real and his bodyguards went to buy his regular baggie (well, megabag, actually) of Kush from him, and realized that it contained seeds. The Kush had spilled over, outside Bubba's circle. This was circa 1998. B-Real was able to glimpse the potential of this new grass, and made it famous. Along with the Cypress Hill Crew, they spread a veritable "Kush Fever" that infected rappers, rock stars and even Hollywood actors, a half kilo going for up to 7,000 euros. 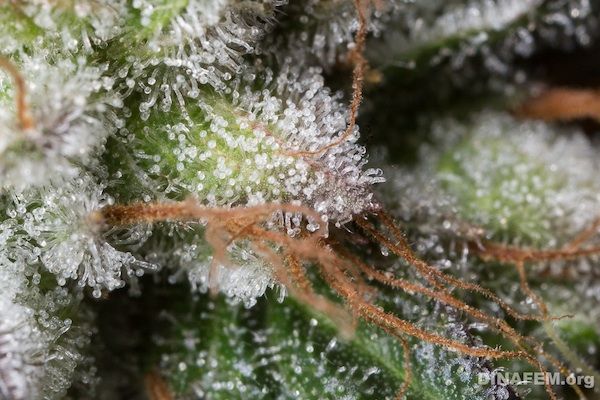 "People paid me months in advance in order to keep from missing their turn with the crops," says Bubba. Little by little the breeder began to give away cuttings, and soon everybody also began to grow it. "Some people who received these cuttings did an awful job growing them, devoid of our original quality, flavour, scent and appearance," he explains. "In addition, some inferior pseudo-Kush strains began to appear on the market. Soon other Canadian Kushes also arrived by truck in Los Angeles, amidst carrots. The prices began to drop to 6,500 dollars per pound. So people began to make a distinction, in reference to my Kush, with the "OG" to clarify that it was the true quality strain ("OG" as an abbreviation for "original").

At Dinafem we crossed the OG Kush and a Haze 2.0 Autoflowering to go one step further, obtaining a high-quality auto hybrid offering fast and exotic harvests featuring excellent characteristics. Without a doubt, this OG Kush Autoflowering is a way to pay tribute to this old and beautiful variety of Californian marijuana.

Ever since their inception the prized OG Kush and Bubba Kush, from the breeder Bubba, have been much sought-after. Its greatness has been praised in rap songs, making these strains favourites on the hip-hop scene. Thanks to this work and set of coincidences, today we have a plant with a flavour that evokes a mix of earth, citruses, coffee and spices, with sedative effects that help one to sleep and make it highly apt for therapeutic use. And one that continues to seduce consumers, like the very first day.

However, Bubba still bemoans the heartrending loss of the third of his strains, the one known just as "Bubba," back in 1998 when everything happened. Like a father crying out for his missing daughter, he concludes: "I have heard rumours that it is still grown somewhere in northern California. I hope that's true, and that someday we can meet again."