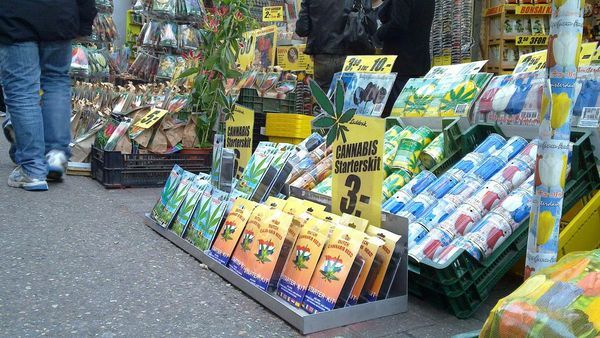 Twenty years Holland was a paragon of progressivism in Europe, a place that welcomed any advance involving cannabis with open arms, a paradise dotted with "coffee shops" and tourists who found there a haven for marijuana consumption.

This scenario has changed considerably. A series of conservative governments has gradually whittled away the legal framework governing "coffee shops", passing legislation that has closed a good number of them, and limiting per-customer marijuana purchases, including proposals to even create a special pass for the Dutch and bar tourists from entering. The goal is to reduce supply as far as possible.

The change has been so dramatic that on 11 November 2014 the Dutch Senate accepted a legislative proposal by Minister of Security and Justice Ivo Opstelten devised to punish people or companies who supply cannabis or promote its illegal cultivation. It is popularly known as the "grow shop law", and entered into effect on 1 March.

What was the situation like in Holland before this new legislative blow? "They were already prohibiting everything from growing cannabis to selling marijuana to foreigners in some cities", explains Mauro Picavet, an activist and founder of the Dutch web portal The Stoned Society, to Dinafem.

But perhaps what has caught people's attention is the closing of the "coffee shops". In 2013 some proprietors were arrested and sentenced for selling marijuana to foreigners, with fines of up to 2,500 euros (and the sanctions are only increasing). These cannabis temples had been suffering from restrictive policies, explains Sidney Smeets, a Dutch lawyer who is an expert on the matter; between 1999 and 2012 195 establishments of this type disappeared. 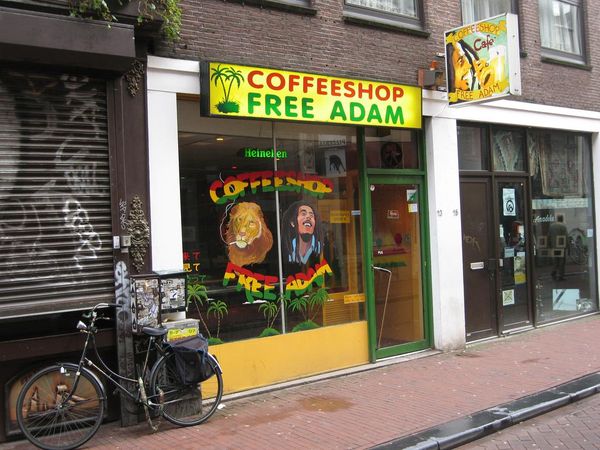 In 2014 41 "coffee shops" were forced to close due to a regulation (the "weedpass" law, also backed by Minister Ivo Opstelten) which demanded that these establishments be located more than 250 meters from schools and vocational training centres. Alcohol consumption at them was also prohibited. There could have been 164 victims of these governmental measures, but "the mayor of Amsterdam reached an agreement" with the Dutch Department of Justice according, agreeing to change the laws governing "coffee shops" (adjusting, for example, their opening hours) in exchange for a reduction in the number that would have to close their doors.

Unfortunately, the issue goes beyond this. The lawyer explains to us that the current Opium Law prohibits all activities related to the sale, production and transport of cannabis, "although there is a special policy for those coffee shops". These businesses are allowed to sell provided that they do not have more than 500 grams of cannabis in stock and do not sell more than 5 grams per person. "It's something that creates a strange situation, since these establishments can sell cannabis, but they cannot buy enough to meet demand", which can force them to resort to illegal and unreliable sources, according to the lawyer. 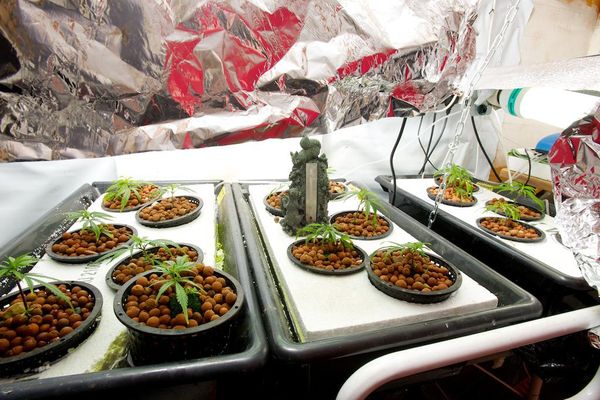 As if this were not enough, the law that is going to most affect producers, as it directly attacks the foundations of the growing system, is slated to take effect at the beginning of this month: the "grow shop law" will impose penalties on those who sell any element related to the professional cultivation of marijuana.

This law will affect not only companies related to cannabis, but also those that market growing products (even if not directly related to cultivation of marijuana). They could be hit with sentences of up to three years of jail time and 81,000-euro fines. Traditional gardening centres will even be forced to report on customers who are cultivating marijuana. And the prohibition will also extend to other areas, like transport companies, the rental of sheds and barns, and even electricians who assist in production. "All activities that could be related to growing marijuana will be illegal".

This means that "grow shops" that sell seeds will not be able to market other products, explains Smeets. Although it may be hard to believe, the banned products could include fertilisers, lamps and water jars. The "grow shop law" will place all those involved in the professional growing of cannabis under the public prosecutor's authority, although it will be necessary to demonstrate an organised association between the producer and, for example, the proprietor of the grow site, the supplier of the plants, or the electrician that installed the electrical system. If this connection is credible, the supplier could be accused of being an accessory and face prosecution, although all the materials and the actions would have to be related to the "professional growing of cannabis on a large scale" - which would leave a wide margin for interpretation of the law.

Since the June 2011 presentation of a report related to cannabis policy, the Dutch government has been debating whether to define cannabis as a "hard drug" when its THC content exceeds 15%, which would mark a new nadir in the history of Holland's drug policy, opening the door to harmless cannabis growers being persecuted as if they were producers of, for example, methamphetamines or heroin. "This would be a disaster because nobody can measure the THC content of each plant", Picovet explains, assuring that those who support legalisation will continue to fight to keep the measure from passing. "I'm optimistic, I believe that we can stop it; the basis of modern Dutch drug policy is at stake".

Currently in force is another law to punish those who drive under the effects of cannabinoids. "It prohibits not just driving while smoking, but also having cannabinoids in your blood", Picavet explains. Sanctions range from driver's license revocation to serious fines. 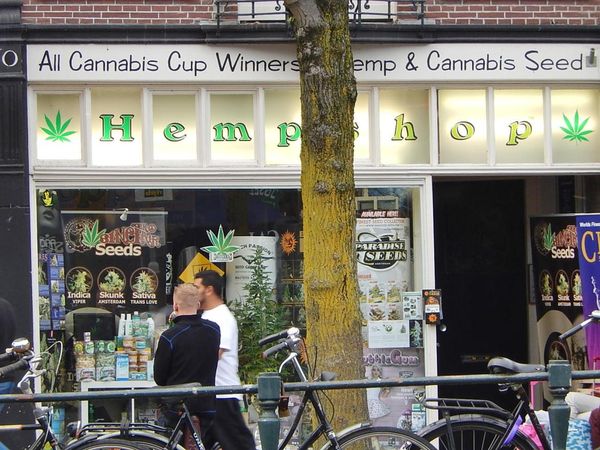 As for the seeds, "the sale of feminised seeds will surely end up being an infraction". The lawyer explains: "it will be related to growing", even if it´s not possible to demonstrate that they are going to be cultivated. What's more, although some municipalities look the other way with those who have fewer than five plants, "any number is illegal in Holland". It seems that for now the provisioning of products for home growers will remain outside the scope of the "grow shop law." But just for now.

The consequences of these restrictions promise to be numerous. Smeets says that it will make it difficult, for example, for users to cultivate cannabis in a safe and responsible way. Moreover, "coffee shops" will no longer be able to place this task in the hands of trusted growers, as they did until recently. "As of next month, 'coffee shops' will be forced to turn to criminal organisations to supply their stores", he adds.

He also believes that the Dutch government, by allowing the sale of cannabis by "coffee shops", but not the purchasing of enough product to satisfy demand, has become an "implicit accomplice" in the illegal growing of marijuana by these criminal organisations. Picavet adds that since this law was approved the number of Dutch citizens who have faced penal sanctions "has grown dramatically".

As can be observed, considerable pressure is being brought to bear against Holland's conservative government for it to resolve this paradox and regulate the production of cannabis for "coffee shops". As long as Minister Opstelten is in power this will probably never happen. The good news is that Holland's first social cannabis club is active, the "tree of life" in Amsterdam, a ground-breaking concept that could change the rules in this war on cannabis in Holland.

Founded in September of 2014, this CSC poses an enormous challenge for the municipal authorities, who now face a dilemma: acting against a club with barely 50 members would create a ridiculous situation, as Amsterdam already has dozens of "coffee shops" that obtain their cannabis on the black market. Tolerating its existence, on the other hand, would place the city governments in conflict with the Ministry of Justice, which opposes any measure to relax its restrictive policy towards cannabis cultivation.

These social clubs could be the instrument allowing local governments to experiment with regulation, independently of what the central government stipulates. Activists in the cities of Eindhoven, Utrecht and Groningen are already engaged in the creation of social cannabis clubs. And, as occurred before with the "coffee shops", the change will come from initiatives by associations made up of citizens, not by politicians. 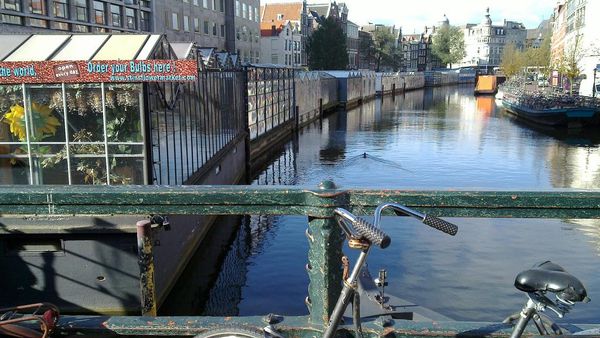 As for plans to classify cannabis with over 15% THC levels as a "hard drug", the lawyer points out: "that level can only be proven in a laboratory". He also observes that that "there are no studies" demonstrating that cannabis with a higher percentage of THC "is dangerous for one's health".

How did we get here?

Smeets explains that Dutch citizens have the "misfortune" of a government that is "inept, populist, restrictive and conservative", with a bad reputation "because it opposes everything related to the regulation of cannabis". To give us an idea, the activist Picavet explains that Prime Minister Mark Rutte calls cannabis "junk", while his predecessor, Jan Peter Balkenende, "used to say that marijuana came from Satan".

Fortunately, Dutch judges "are increasingly fed up with this hypocritical policy and have exonerated both the proprietors of coffee shops and growers", the lawyer indicates.

In his opinion, the Netherlands must reclaim its position as one of the world's leaders with regards to cannabis, as it has the tools necessary to do so: a strong cannabis culture and a good system of "coffee shops" where people can buy high-quality marijuana in a responsible way. "What is needed is a good system that regulates supply and cultivation, guaranteeing maximum safety for consumers", he concludes.