A few days ago Representación Cannábica de Navarra (RCN-NOK) presented its electoral lists to the Parliament of Navarre, in the hopes of winning a seat or two, allowing it to more effectively pursue the movement's objectives. The group also presented its electoral campaign, which will be financed using an initiative never seen before in Spain: bonoporros.

RCN-NOK is a small party that is regularly financed by means of crowdfunding campaigns. “We also ask for help from relatives, friends, and we pitch in ourselves too,” regional candidate Ramón Morcillo explained to Dinafem. This time they decided that the best way to finance their activism was to propose “the sale of marijuana futures.”

The concept is simple: anyone can invest in bonoporros to exchange them for real, legal marijuana, at cost, when the plant is legalised. If you purchase 20, 30 or 50 euros in bonoporros now, when cannabis is legal the party will grow and supply you with marijuana in proportion to your investment. 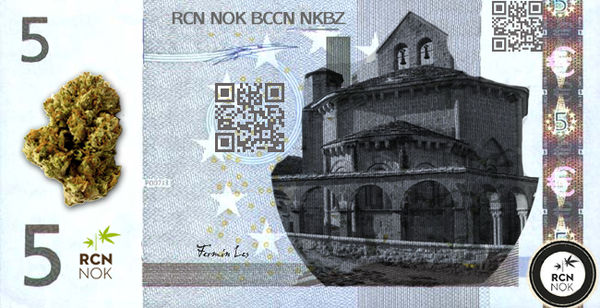 Morcillo explains that the reimbursement could be carried out whether marijuana is legalised at the national or regional levels (although he thinks that the latter option will be more complicated). Of course, anyone, regardless of the city or country where they are located, can invest in bonoporros. However, they will have to travel to Navarre to collect their dividends.

“What we are asking for is a helping hand with the financing, and later we give it back,” says Morcillo, promising that the money will be spent entirely on activism, to continue proposing laws, to carry on with the campaigns, and to pay for legal counsel. The process to follow is very simple, and is specified on their webpage. After completing the transaction users receive the printed vouchers (corresponding to the amounts they have contributed) at home, able to exchange them for marijuana in the future.

For those associations and individuals that invest amounts greater than 100 euros, the vouchers will be customised with illustrations from the city of their origin. For those who invest more than 200 euros, the party will send original, customised bonoporros, and stickers to distribute amongst association groups. The originals are designed with Navarran patterns, “but if they buy them in Seville, well, we'll make vouchers with the Giralda, for example,” and even vouchers with a range of illustrations, bearing the phrase “hemp for the future, cannabis for peace.”

If regulation is a long time coming or - dread the thought - never happens, what will happen to the users' investment? Morcillo is sure that legalisation will arrive. “It's closer than it seems," he says. And, perhaps these bonoporros will make it happen even sooner, especially if they help them to finance a good campaign. “It seemed like a neat option that people would understand well.” 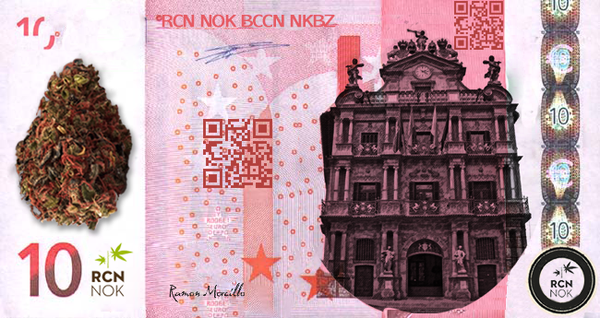 An option that, however, is not unique in the world, as the Navarrans copied it from the Israeli party Green Leaf, a work coalition created by the group Ale Yarok, which has been calling for cannabis legalisation since 1999. Earlier this year it looked for alternatives to the traditional forms of funding for its electoral campaign. By means of a crowdfunding campaign, they asked users to contribute, with the goal of winning five seats in the Knesset (the Israeli parliament), where they could fight hard for cannabis legalisation.

The Green Leaf party promised that their economic contributions, once they reached Parliament, would be given back to each investor in the form of marijuana. Each investor got a cannabis IOU to use freely if the party achieved its objectives.

During the first week they raised almost 28,000 euros (31,000 USD), surpassing their initial objective; and at least three people invested near 2,600 euros (11,500 Shekels) each, the limit set by Israeli law. In the recent election campaign the party did not win any seats in the country's parliament. Nevertheless, in light of the strong response by users, they are bound to continue financing their campaigns, with their help, until they achieve their objective. 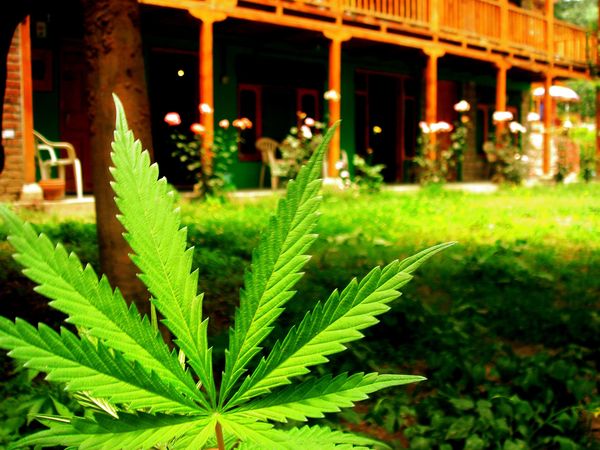 In Navarre there are still many political and legal obstacles to overcome, especially considering that days ago the Government presented an appeal alleging the unconstitutionality of a regional law regulating social cannabis clubs. And yet, the RCN-NOK initiative may be an inspirational way to begin to do things differently and bring about significant changes in the cannabis struggle.

After all, they are learning from Israel, one of the places with the most dedicated activists and experts backing major marijuana research projects. Now it remains to be seen whether other Spanish parties choose to follow in the footsteps of the Navarrans, and how users respond to this investment that promises benefits further down the road.